In the biggest annual nationalist event in the region of Flanders – the northern Dutch-speaking part of Belgium – over 2,500 Flemish nationalists gathered on Sunday, near the city of Ieper (Ypres). They were joined by smaller delegations of nationalists from nations such as the Netherlands, France and Germany, including a delegation from Europa Terra Nostra. 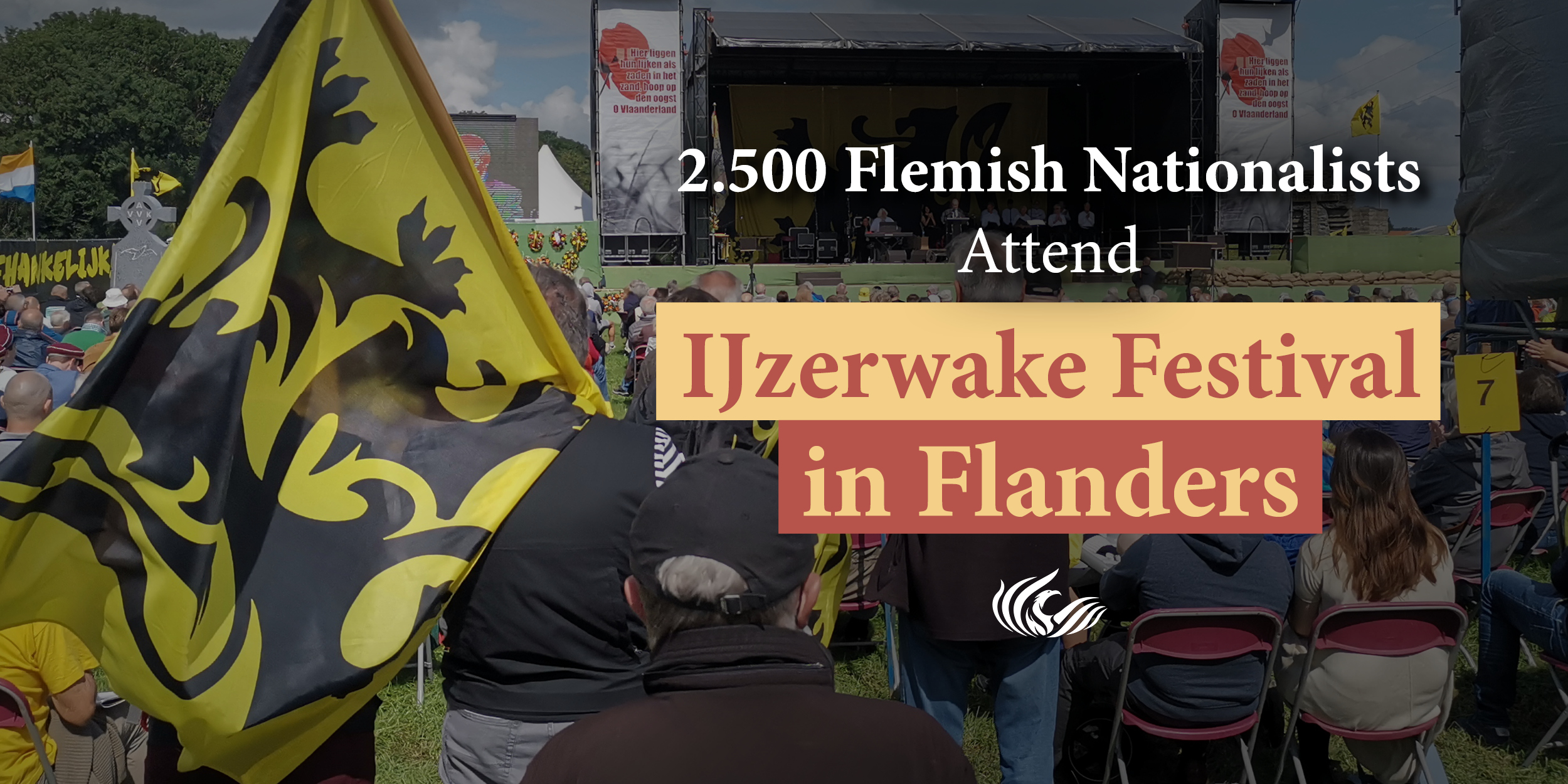 The festival pays tribute to the Flemish soldiers who fought and died during the First World War. Participants laid flowers, sang nationalist songs and took a pledge of allegiance to Flanders and its freedom. In speeches, there was also a strong call of resistance against Islamisation. “We are fighting against the Coronavirus, but our freedom is threatened by another virus – that of Islamisation. We need to fight that too', stated the IJzerwake Festival President, to much applause. Four nationalists from the organisation Voorpost – who were recently convicted for displaying a banner saying Stop Islamisation – defied the Belgian authorities by again displaying on stage the exact same banner. They too were met with much approval from the audience. After the main event, thousands of nationalists stayed to fraternize in the Ijzerwake Village, with food, drinks, folk music and nationalist gifts and clothing.

The name IJzerwake refers to the nearby River IJzer, which was a frontline between attacking German forces and defending Belgian positions. A small monument on the site of the IJzerwake Festival is built out of concrete blocks which were formerly a part of an old German fortification, were many soldiers died. The nearby city of Ypres saw some of the bloodiest fighting of the First World War, such as the Third Battle of Ypres in 1917 – also known as the Battle of Passchendaele – which claimed the lives of between 400,000 and 800,000 soldiers (the exact numbers are still disputed). Therefore, IJzerwake also means Nooit meer oorlog – no more European brother wars. 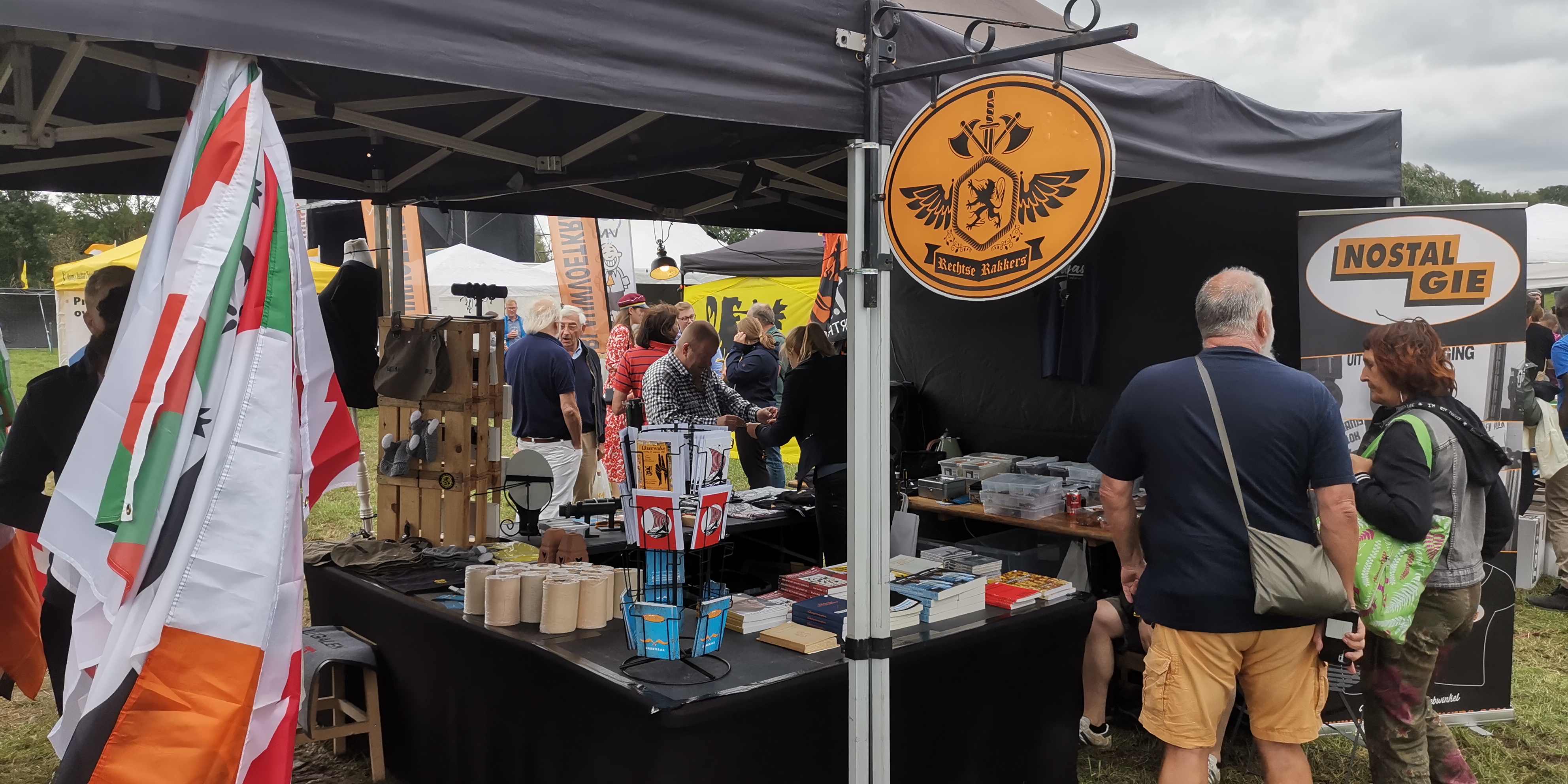 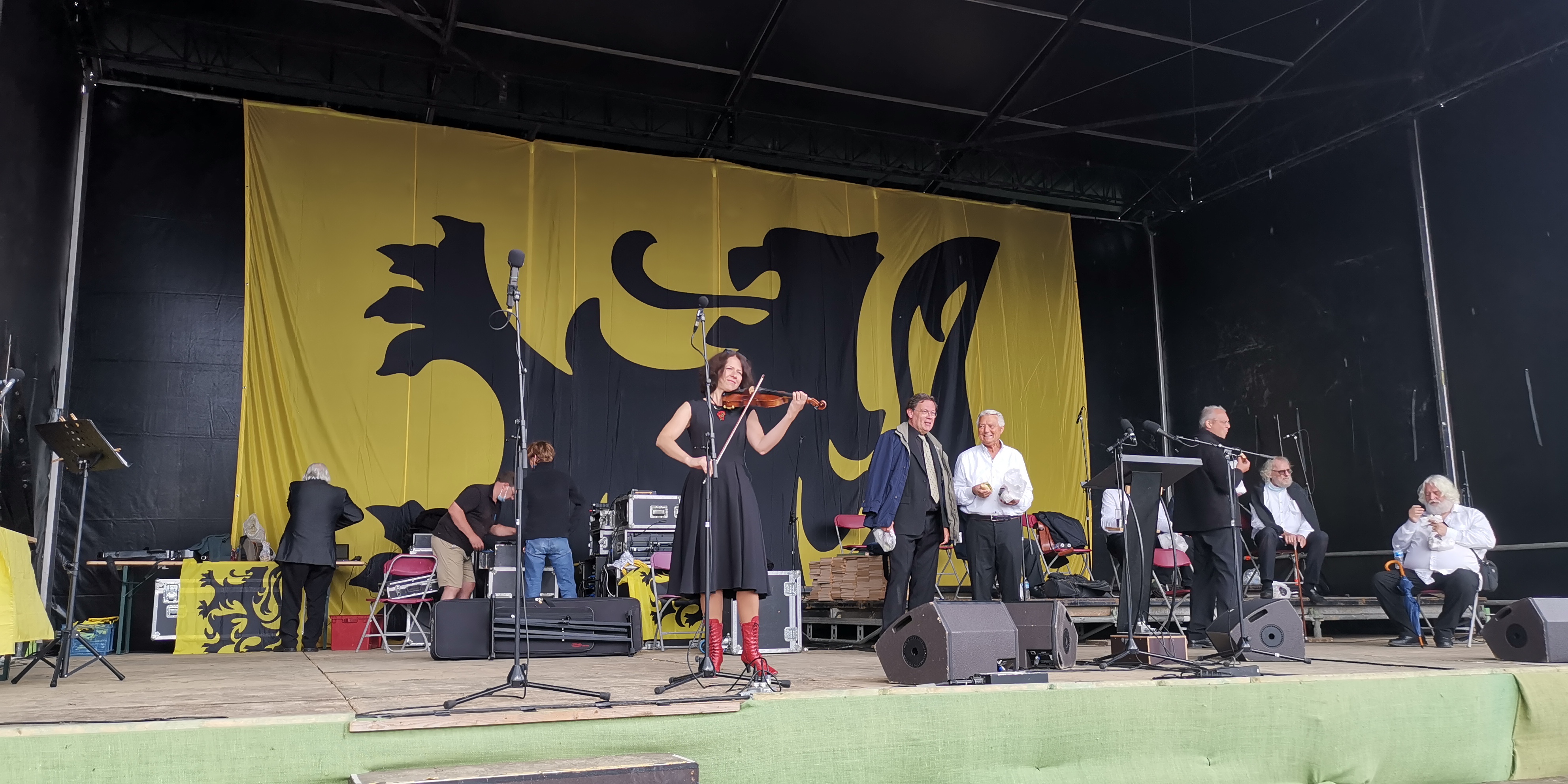