#30 Podcast Overcome Yourself – A Nietzschean Worldview

In this week's Undertow podcast, we look to free your mind of COVID-19 and everyday political squabbles. Instead, we draw your attention to more philosophical subjects.

2020 has not only been an interesting yet difficult year due to the pandemic, but it also marked the 120th anniversary of Friedrich Nietzsche’s passing in 1900. Nietzsche's work and his thoughts about the European, their destiny and eventual evolution into a higher being, never seemed so far away from reality as they are today. Still, this German titan of words and thought shapes, influences and makes his mark visible more than a century after his passing among European nationalist thinkers. 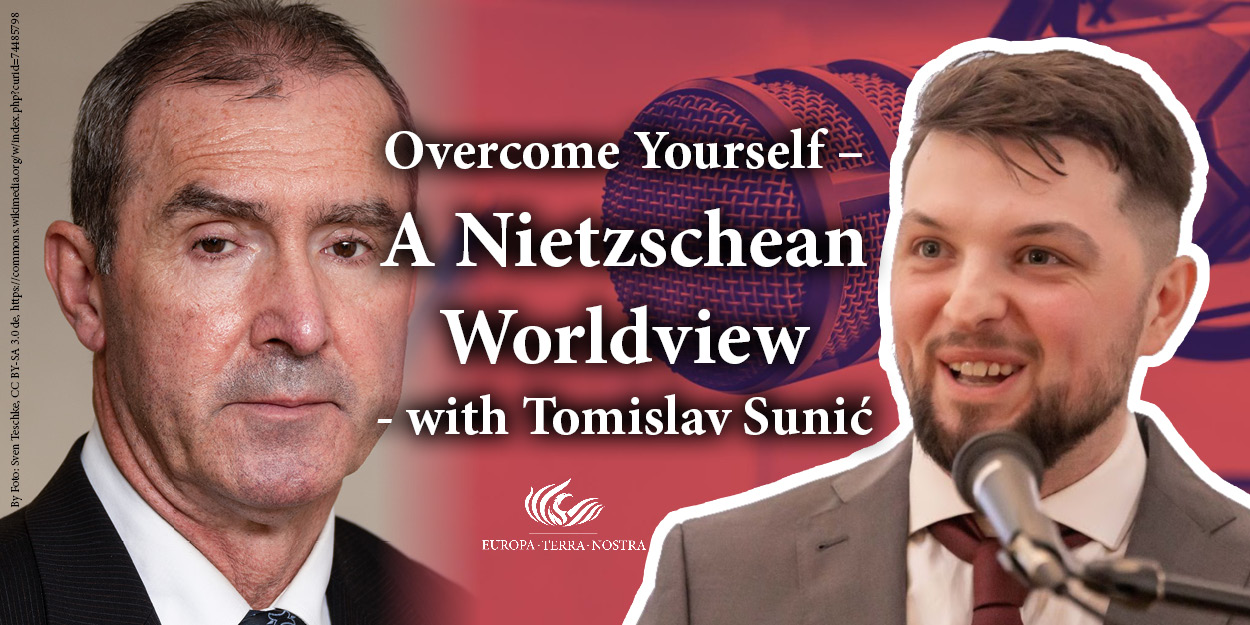 Europa Terra Nostra Podcast host Ivan Bilokapic discusses Nietzsche and the struggle of the European man with Prof. Tomislav Sunic. The profound Croatian author, translator, former diplomat and university professor gives us an insight into the metapolitical and philosophical issues of our time, while giving his take on Nietzsche's philosophy. Besides Nietzsche, Bilokapic and Sunic touch on the subjects of technology, the role of Christianity, Martin Heidegger and several other important and highly relevant topics for every philosophy-loving nationalist.

We hope that you enjoy it!