Become a member
February 23, 2021
#32 Post-Trump America and the future of the European Union


#34 Repetition of History – Spain in Crisis

Even if the political left desires to define our present times as the definitive age of the end of history – where only steady economic progress is the force that drives a global society onward – Spain, its history and its current political situation proves once again the opposite. 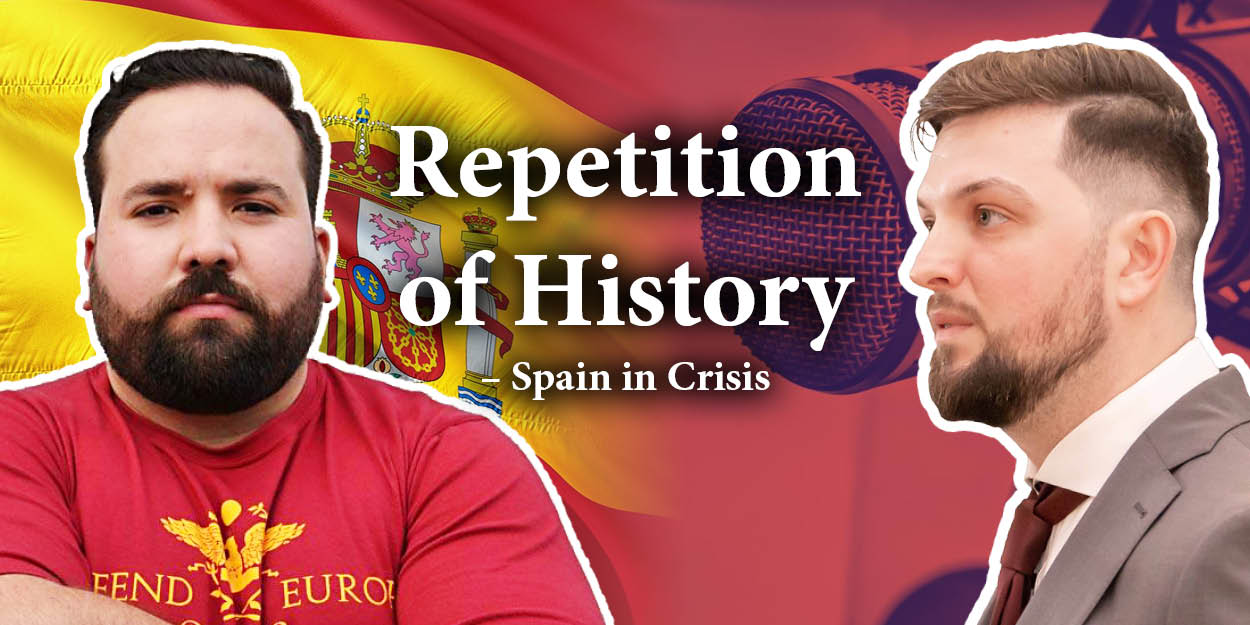 Joining Undertow podcast host Ivan Bilokapic is Gonzalo Martin from Spain. Gonzalo Martin, who has been politically active since his early teenage years, and who is one of the most outspoken of Spanish nationalists, talks about the historic heritage of Spain, the deeply divided Spanish society which is still haunted by its past and its civil war from the 1930s.

Gonzalo Martin talks about the joint efforts of communists and globalists which try to dismantle Spain and its rich and valuable heritage, which is an inseparable and crucial part of Western civilization. The separatist movements in Catalonia are exposed by Gonzalo Martin as a fake kind of nationalism that desires to rip Catalonia away from Spain and turn it into a multicultural colony of the European Union. Gonzalo Martin speaks out on the issues which nationalists have had to face in Spain, the difficulties they have had to master and the uncertain future of the Spanish nation.

Will the nationalists in Spain regain their influence and set the stage for a new Reconquista of their homeland? Tune in and find out!