February is a month full of symbolism for the German people. 75 years ago, between February 13th and 15th 1945, British and American bombers obliterated Dresden in a firestorm. This cultural pearl of Middle Europe vanished overnight. Covered in black smoke and flames, as the screams of women, children and the elderly filled the streets, dying in their thousands. 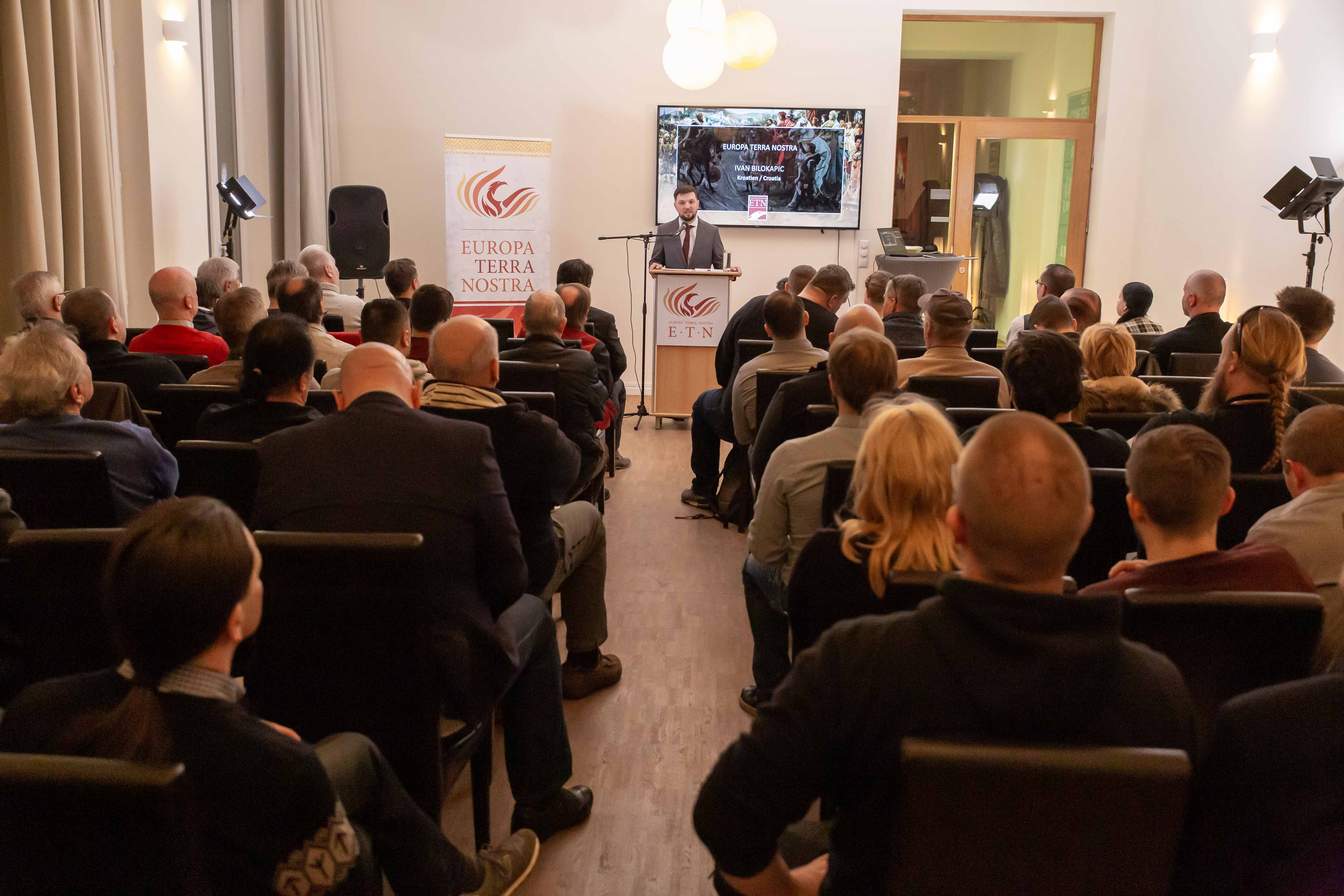 The Second World War was without a doubt the most tragic conflict that has ever engulfed the European continent, dragging into the grave perhaps the most vital and best generation of Europeans that has ever lived, and awakening the ghosts of hatred, misunderstanding, mistrust, vengeance and pain.

The flames were eventually extinguished, the smoke disappeared, the dead were buried but what remained were the scars, sadness, and an unquestionable burden on those who lost the war but also on those who allegedly won it. Reflecting on the event of the Dresden bombing the British patriot, former MP in the European Parliament Nick Griffin, symbolically reflected on those events 75 years ago and opened up to a topic that seems all taboo, even today in 2020.

Guests From All Around Europe

Europa Terra Nostra organised a meeting in Berlin on February 14th under the motto “No more brothers´ wars”. The organisation showed that it stays on course with its prime objective of bringing nationalists from all around Europe together, and the event proved that the call of Europa Terra Nostra for cooperation, resonates with like-minded patriots from all around Europe. The event became a gathering point of not just German patriots, but also for patriots from several European countries. Guests from Sweden, Poland, Italy, Ireland, Russia, the Netherlands, Greece, Spain, Croatia and Great Britain arrived.

Apart from the guests who came from abroad, other guests were present on the event. Udo Voigt, the former German MP in the European Parliament, Kay Nerstheimer (House of Representatives of Berlin) Hans Ulrich Pieper, Andreas Käfer (regional chairman of the National Democrats in Berlin) and Nick Griffin (former MP in the European Parliament and former chairman of the British National Party)

Before the event started, the guests watched a short movie about Dresden (“In memoriam Dresden”, featuring Music by Daniel Bukvich USA”) -  the events which took place 75 years earlier. The powerful images showed the destruction of Dresden, were accompanied by very powerful and moving music, leaving a very deep impression.

The event then officially started with vice chairman Ivan Bilokapic taking the stage and delivering a short introduction speech.

The images of Dresden brought me back to the early 1990s when Croatia was at war and the Croatian town of Vukovar also stood in rubble, smoke and fire, just like Dresden. Today I stand in the ranks of the Europa Terra Nostra hoping to turn another page when it comes to relations with Serbian nationalists. This event is about the future. We must reflect on the past, but not dwell in it so we can secure a brighter and peaceful future for all members of our European family.

Bilokapic then introduced Nick Griffin whose speech was the centre point of the event. Griffin, being British and a British nationalist gave a speech not only in a simple symbolic matter, but gave a message of hope to the youth of Germany.

But it is not possible to inherit guilt. Guilt, whether it is exaggerated by lies and propaganda, or minimised by ignorance and rose-tinted spectacles, dies with those who were involved. Which means that the greatest injustice of World War Two is that, even today – a full lifetime after all its crimes and tragedies – a crushing burden of guilt and reparations payments is thrust on yet another generation of Germans. 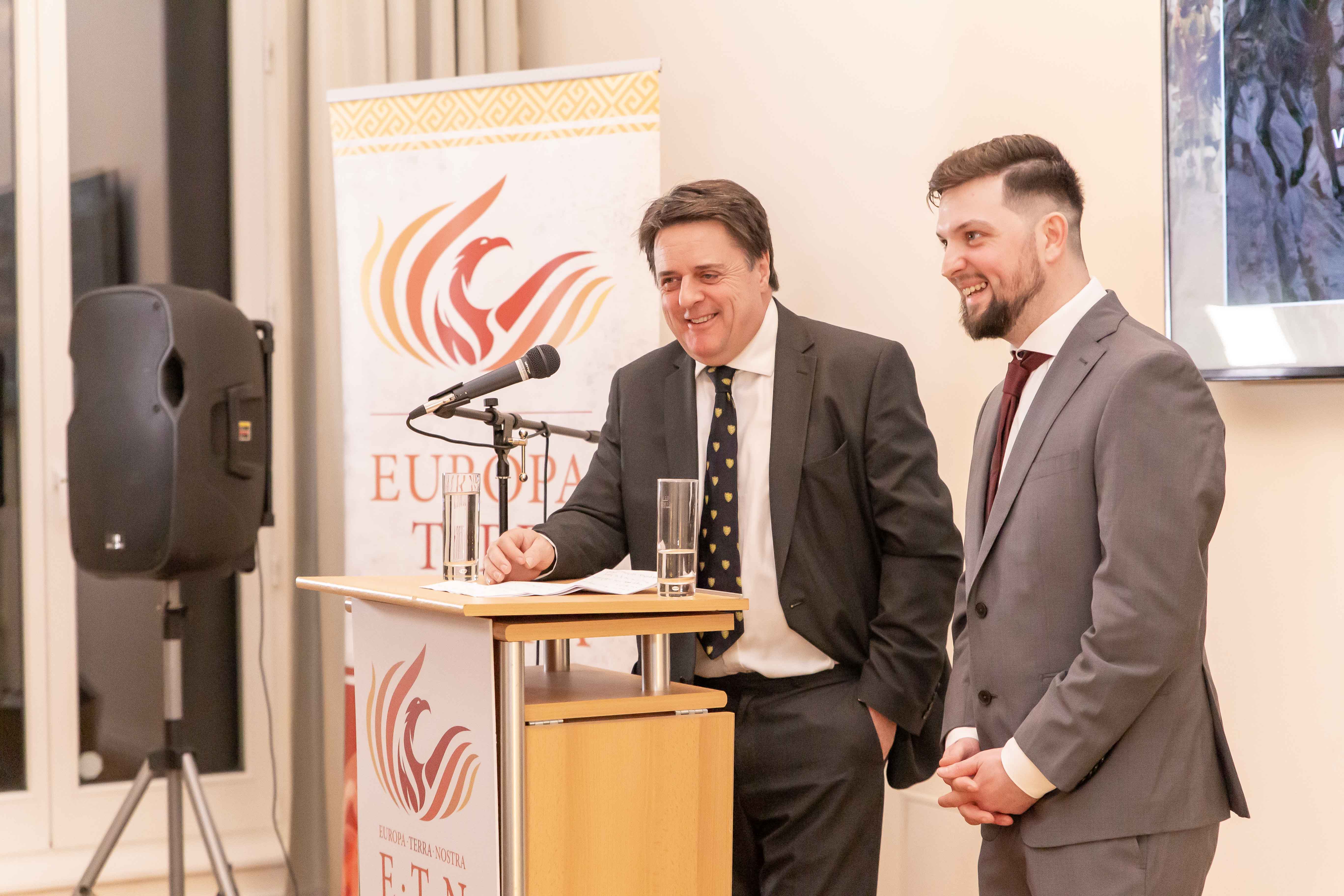 Through his speech, Griffin did not dwell constantly over the past, rather taking the example of the tragedy in Dresden and the Second World War and used them as sobering reminders for a basis and obligation of nationalists and patriots today to cooperate and together build a future for a better Europe.

Griffin concluded his speech with the following words:

So, let us move on from shame and from the old history and tragedies that divided our forefathers. Because, divided, we stand no hope of resisting what is being done to our peoples. Our enemies work together on an international level to destroy us, and we too must work together to build the National Resistance and save the nations of Europe.

ETN vice chairman Bilokapic again took the stage and reminded all patriots, especially those from other European countries to join Europa Terra Nostra, especially since the organisation has re-defined itself and is on course to establish itself as the centre point of nationalist cooperation. Bilokapic pointed out that membership in the organisation will be possible, and that a new ETN website would soon be launched. He invited the guests to join the ETN at future conferences, seminars and events which will take place all through 2020 and beyond. 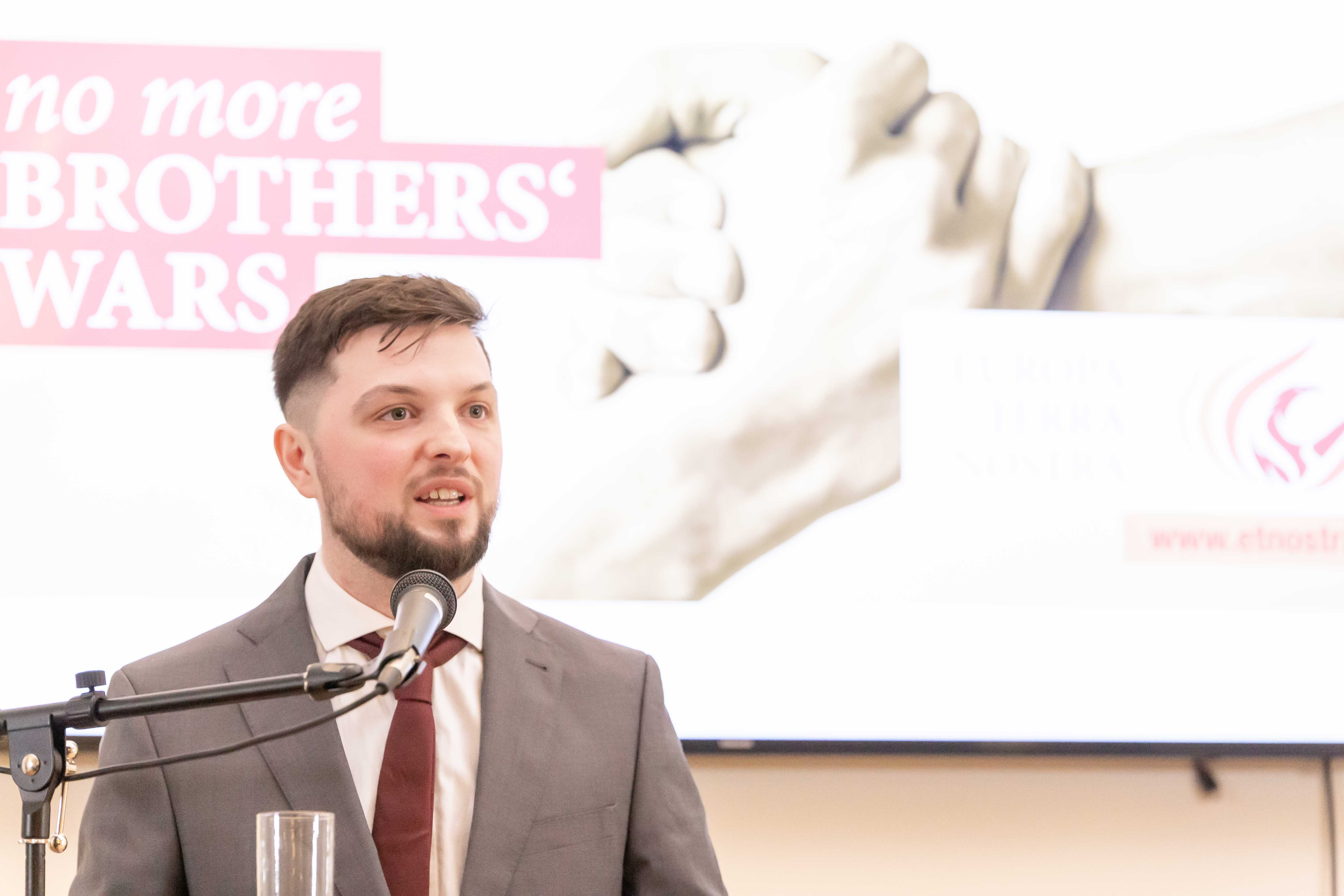 
After the final words, guests were invited to enjoy the evening on a social level. Ideas were exchanged, friendships made and future cooperation discussed. The participation of many foreign nationalists at the ETN event, proved that cooperation of true Europeans equals true diversity, based on respect, friendship and love for our common heritage. 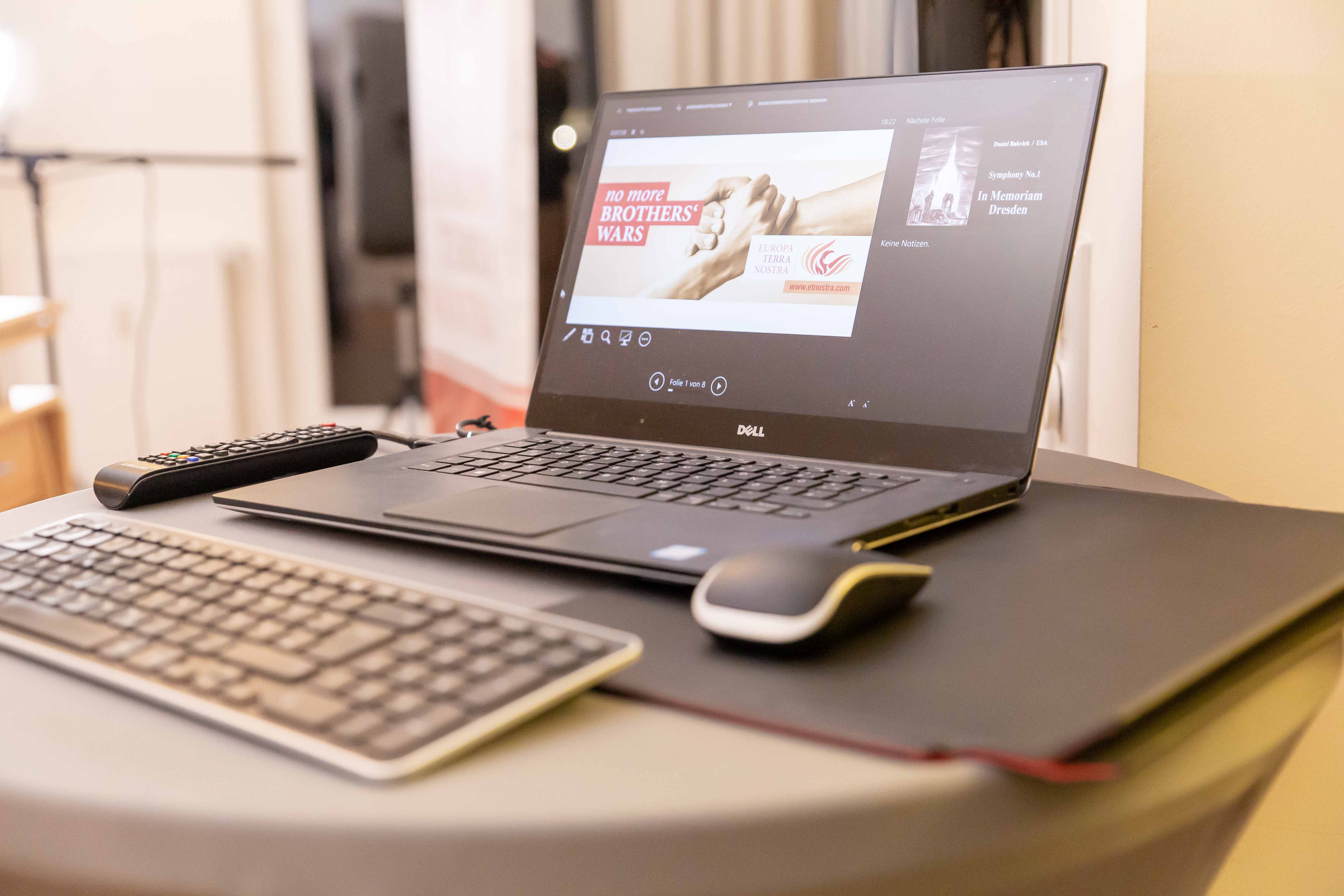