Norwegian MP Petter Eide has nominated the Black Lives Matter movement for the Nobel Peace Prize 2021. Eide claims that the "anti-racist influence of the BLM organisation is felt not only in the United States, but worldwide". The relentless protests organised by BLM across the United States became "a globally significant movement in combating racism". 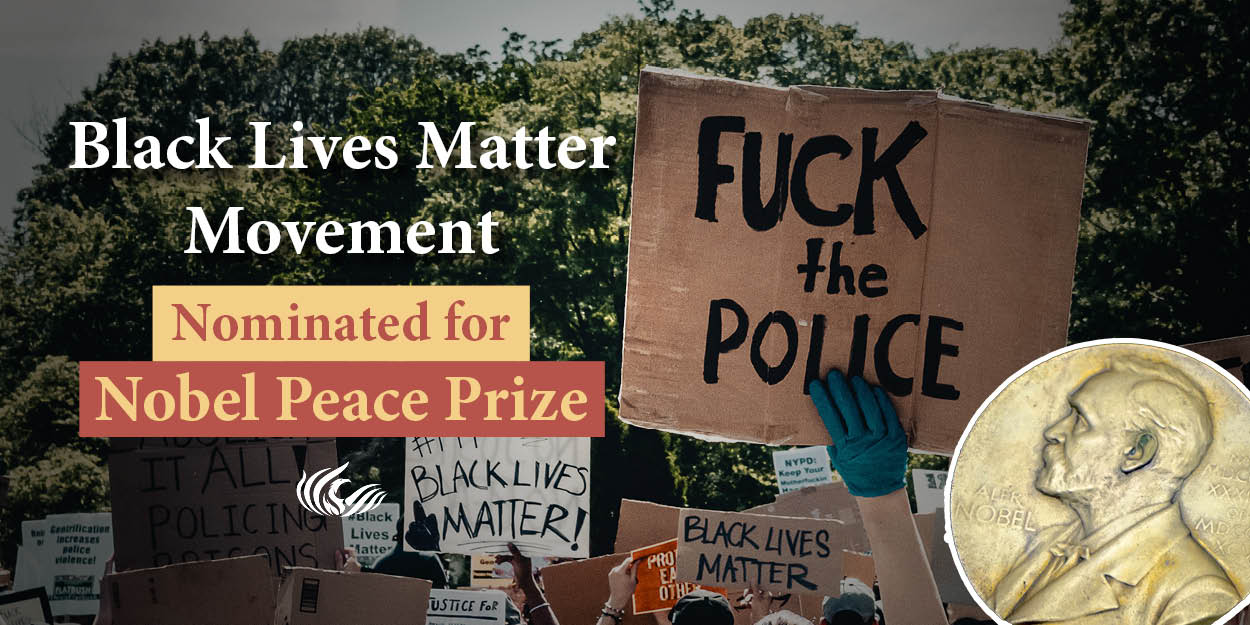 Black Lives Matter, an organisation with multi-million Dollar support from numerous well-known brands, corporations, mainstream political parties, organisations, etc., was the centre-point of the 2020 protests that spread across North America and Europe. The focus of the BLM movement remains aggressive and hate-fueled anti-White propaganda. The movement itself is also a hub for militant Antifa and African-American Black nationalists, with sub-groups within the movement also being directly linked to acts of robbery, murder and violent attacks on ordinary White people. The organisation is to blame for the chaos, violence and devastation in numerous American cities, such as Minneapolis and Seattle. The movement was instrumentalised, financed and backed by the media as but one tool of relentless anti-Trump campaigns, prior to the US Presidential Election of November 2020.

Black Lives Matter and its leaders – who openly called for the "eradication of Whiteness" – are fueled by paranoid and chauvinistic conspiracy theories about White people allegedly keeping African-Americans at the bottom of society. Although the United States carries the burdens of its past – especially with regards to the topic of slavery – the BLM movement hardly changes its rhetoric when it comes about their own activities in European countries. Backed by the far-left militant Antifa organisation, members of African minorities across Europe organised their own BLM protests, claiming that White Europeans are also holding back Africans in society. One fact that seems to be lost within the BLM movement is that former imperial European nations ceased their policies of colonialism well over half a century ago. All African nations are internationally recognised and receive billions of Dollars in foreign aid annually from the United States, Europe and various other territories globally. The BLM movement's absurdity even went as far as organising anti-White protests in European countries that didn't even have a history of colonialism whatsoever. Countries such as Poland, Croatia, Finland, Slovenia and others witnessed small groups of Africans, backed by Antifa, chanting anti-White slogans in the streets of their own respective national capitals. Norway is also one of these nations with no history of slavery nor mistreatment of Africans. Regardless, according to the logic of their MP Petter Eide, Norwegians, as Europeans, are also White, and are therefore also inherently guilty of racism. The self-guilt and overly-apologetic stance of mainstream European politics knows no limits. Thus, according to them, the Black Lives Matter movement should be nominated for a Nobel Peace Prize in 2021.

Whether BLM will actually receive a Nobel Peace Prize remains to be seen, but if the Noble Prize Committee could give the same award to Barack Obama – the man who brought war to several Middle-Eastern countries during his administration, and whose policies of aggression resulted in an unprecedented wave of migrations into Europe – we should not be surprised if BLM does get a Nobel Peace Prize, while continuing to leave a trail of destruction and anti-White hatred behind them in their wake.