Following the controversial elections in Croatia last month, amid the COVID-19 pandemic, for the first time since the early 1990s, the Croats now have seven far-left MPs in their Parliament. The far-left coalition Možemo! (We Can!) mobilized themselves a few months prior the elections – primarily focusing on the country’s capital city of Zagreb.

Earlier this year, in March, the Croatian capital experienced an earthquake, which partially destroyed and damaged the old city centre and surrounding residential parts of the inner city. The local government, as well as the Croatian Parliament – which focused heavily on the upcoming elections - paid little to no attention to the thousands of citizens of Zagreb crying out for help. Meanwhile, various prominent liberal-left news websites in Croatia provided the far-left coalition the needed exposure that it had been looking for, and such exposure began to take effect. The far-left coalition started promising the citizens of Zagreb funds and means to repair their houses and apartments damaged by the earthquake, if they received support during the then-upcoming elections. Their cheap plan worked.

Portraits of 7 members of coalition We can! (Croatia) that became parliamentarians from 2020 elections, Možemo! / CC BY-SA (https://creativecommons.org/licenses/by-sa/4.0), Možemo! - https://bit.ly/2EhTPFk

This far-left coalition was put together by political charlatans and amateurs, who were heavily supported by Soros-funded websites such as the notorious Index and Telegram. Both sites are known for relentless promotion of mass immigration, sexualization of school curriculums, LGBT propaganda, deeper EU integration and federalization, Black Lives Matter, etc. The elections came, the far-left got their share, and the people of Zagreb received no help.

It seems the left is less concerned when it comes to helping their own people, even if those people had ultimately elected them into the Parliament in the first place. The same coalition, however, was protesting in the rain last winter against alleged "Croatian police brutality against migrants". The most prominent of them, Anka Mrak Taritas, claimed that migrants should be accepted, and even granted citizenship, considering the situation in which the migrants find themselves in. The Croatian police were depicted as fascists and racists for merely protecting the Croatian border. The left coalition also claimed that amid massive Croatian emigration since 2013, the country should embrace migrants from the Middle East, Africa and Asia, so that they can work in Croatia for the same people that drove the Croats out of their own country. Since Croatia’s accession into the EU in 2013, more than 300,000 Croats had left the country.

Some weeks later, the COVID-19 lockdown measures were implemented in Croatia. The people working in the remaining open industry sectors and shipyards were sent home. Unlike other countries in Europe – which had implemented similar lockdown measures – these workers were all fired. The shipyard in the coastal city of Split claimed that the pandemic would cause heavy financial blows to the enterprise, and that "they cannot afford to pay their workers while they are at home". At the same time, the same shipyard had then imported workers from Bangladesh, India, Nepal and Pakistan, subsequently replacing the Croats who had just been fired from their own jobs. The left was nowhere to be seen protesting for the violated rights of the Croatian workers.

After the elections on July 5th, the political parties were required to release the official list of their respective donors. The Left coalition did just that, only to reveal that one of their biggest donors was billionaire capitalist Emil Tedeschi, who had been involved in a string of corruption affairs, and who had also forged and maintained good contacts in the European Central Bank, Goldman Sachs and similar establishments. The same far-left coalition had also organized small protests against Emil Tedeschi some months prior, but it had ultimately turned out that the alleged hatred between the revolutionary communists and the billionaire turned out to be a lucrative friendship. 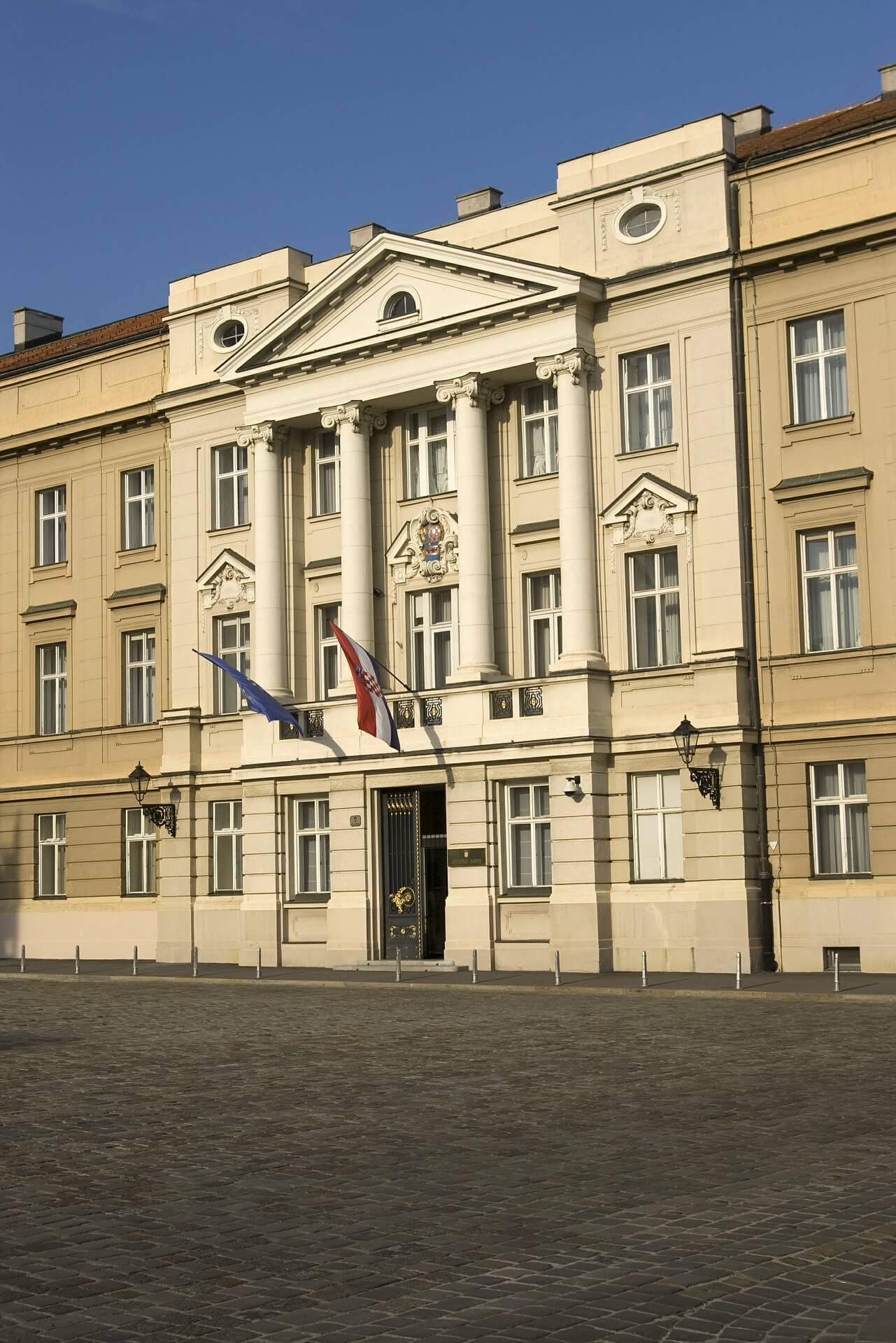 The Croatian Parliament in Zagreb

It should be of no surprise that the left has an unbreakable tradition of supporting and co-operating with capitalists, whom they allegedly hate and wish to eliminate. This tradition of communist and capitalist co-operation stretches far back to 1917, when Wall Street financed the Bolshevik Revolution in Russia. The egalitarian principles of the modern left and reformed communists lie in the focus of mass immigration and human rights, because the old paroles of "workers unite" simply does not function any longer. Why stand in the rain for Croatian workers and their rights when there are thousands of migrants – and new potential voters – on the other side of the border waiting to come to Europe?

The topic of immigration is an example of where the ideology of hatred of the left is most evident. They do not care for the workers of their own country, let alone care for their own people in general. Simply because there is nothing to gain, they propagate and promote mass immigration not only to drive our lands to ethnic suicide, but also because the left sees it as an effective business practice.

The immigrants are to be used as cheap labour to take over jobs in Europe from Europeans who are considered "too expensive" for the capitalists to continue employing. It is clear that the pseudo-religion of equality and human rights exists to cover this human trafficking experiment, conducted by big corporations and their far-left foot soldiers in the streets. They promise the clueless immigrants houses, jobs, money and other commodities that are unreachable even for most employed native Europeans. They sell the migrants lies, only to turn them into cheap slaves and, at the same time, destabilize society with an influx of people vastly different from us Europeans. This Croatian example should be used as a reminder of the well-known saying that capitalists and communists are two sides of the same coin.