Since mobs representing the Black Lives Matter movement in almost every major city across the Western world have smeared centuries-old cultural monuments with paint and torn down statues of important historical figures from their pedestals, it has become clear that iconoclasm is by no means a phenomenon to be found exclusively within the historical context of major political, religious or overall social upheavals of bygone days. In this context, however, it is important to understand that the ideological background of the Black Lives Matter movement is a revolutionary Marxist or communist one, and, as we have already stated elsewhere, it is inherent in this very school of thought that on the one hand, it does not tolerate differences, yet on the other hand, it always wants to tolerate differences, and must have a culture-destroying effect. The violent excesses that flare up again and again are therefore due to the ideology behind this movement, and are effectively only practical implementations of its theoretical program. 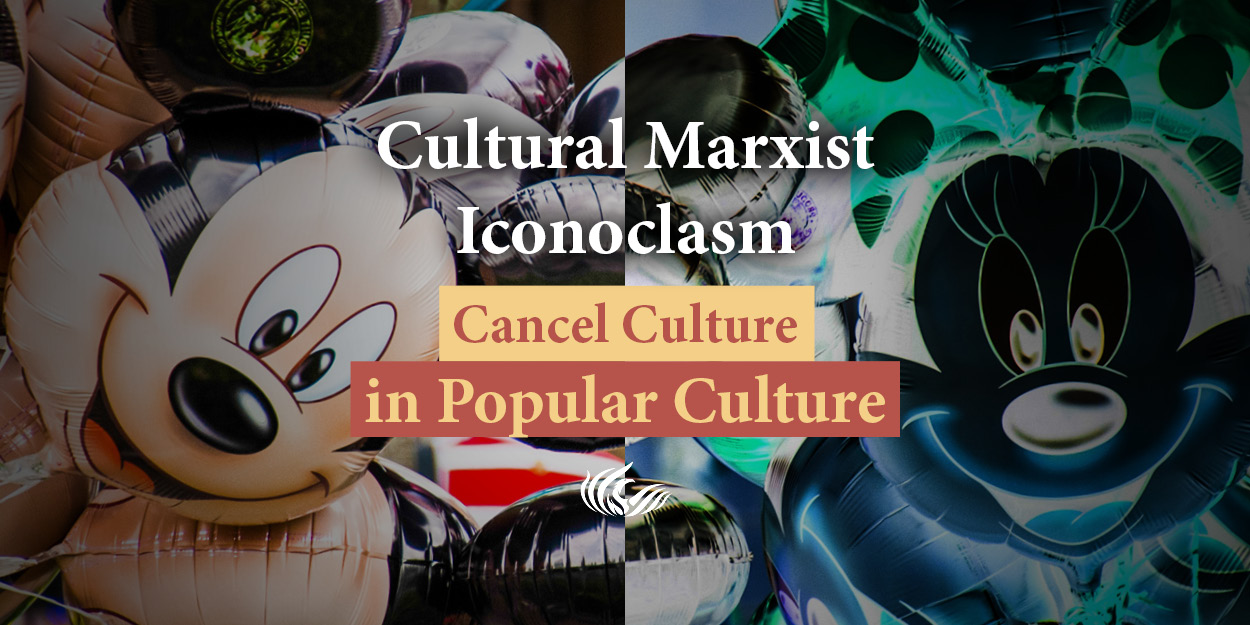 The destructive potential of Marxist ideology, however, no longer breaks out in recent times only in the form of brute force against material cultural goods. In cultural studies, for example, modern pop culture is understood as a field in which social conflicts and changes manifest themselves culturally. It can express political resistance or even outright subversion, and that is precisely why it has become a preferred vehicle for transporting and manifesting neo-Marxist ideas in a rather subtle way. We commonly refer to this form of subversion as Cultural Marxism.

One manifestation of Cultural Marxism that has recently become increasingly common – especially within popular culture – is so-called cancel culture. For example, the streaming platform HBO Max removed the classic film Gone With the Wind from its platform, following the riots that took place in the wake of the death of convicted criminal and African-American George Floyd, who was pumped full of the synthetic opiod fentanyl at the time of his death. Earlier, African-American screenwriter John Ridley – most notable for his film 12 Years a Slave – called in a guest editorial for the Los Angeles Times for the Southern epic, which won eight Oscars and two honorary Oscars, to no longer be shown because it allegedly “promoted racial prejudice” and “glorified slavery”. HBO Max later reinstated the film to its program, but with a five-minute opening credit in which African-American film scholar Jacqueline Stewart "places it in historical perspective."

Peter Pan is a racist

The streaming platform Disney+ has also put notices on several classic children's movies – such as Dumbo, The Aristocats, Lady & the Tramp, Peter Pan and Jungle Book – stating that they contained "outdated cultural views." Meanwhile, some of them have even been removed outright from the platform’s profile that is exclusively for young users. The reason for this was “the racist stereotypes and negative portrayals of cultures” allegedly served in them. The films no longer appear in the children's profile, even when searching for them specifically. They can still be viewed with an adult profile. However, a twelve-second note appears in the movie’s description first:

This program includes negative depictions and/or mistreatment of people or cultures. These stereotypes were wrong then and are wrong now. Rather than remove this content, we want to acknowledge its harmful impact, learn from it and spark conversation to create a more inclusive future together. Disney is committed to creating stories with inspirational and aspirational themes that reflect the rich diversity of the human experience around the globe. To learn more about how stories have impacted society, please visit www.disney.com/StoriesMatter.

On Stories Matter, Disney then explains in detail why, for example, Dumbo is no longer shown in the children's profile. The crows playing music in the film are a "homage to racist minstrel shows, where White performers with blackened faces and tattered clothing imitated and ridiculed enslaved Africans on Southern plantations.” Peter Pan portrays indigenous American people "in a stereotypical manner that reflects neither the diversity of Native peoples nor their authentic cultural traditions". The film repeatedly refers to them as "Redskins" and portrays them as a group speaking an incomprehensible language. Peter and the Lost Boys danced and wore headdresses in “a form of mockery and appropriation of Native peoples' culture and imagery.” 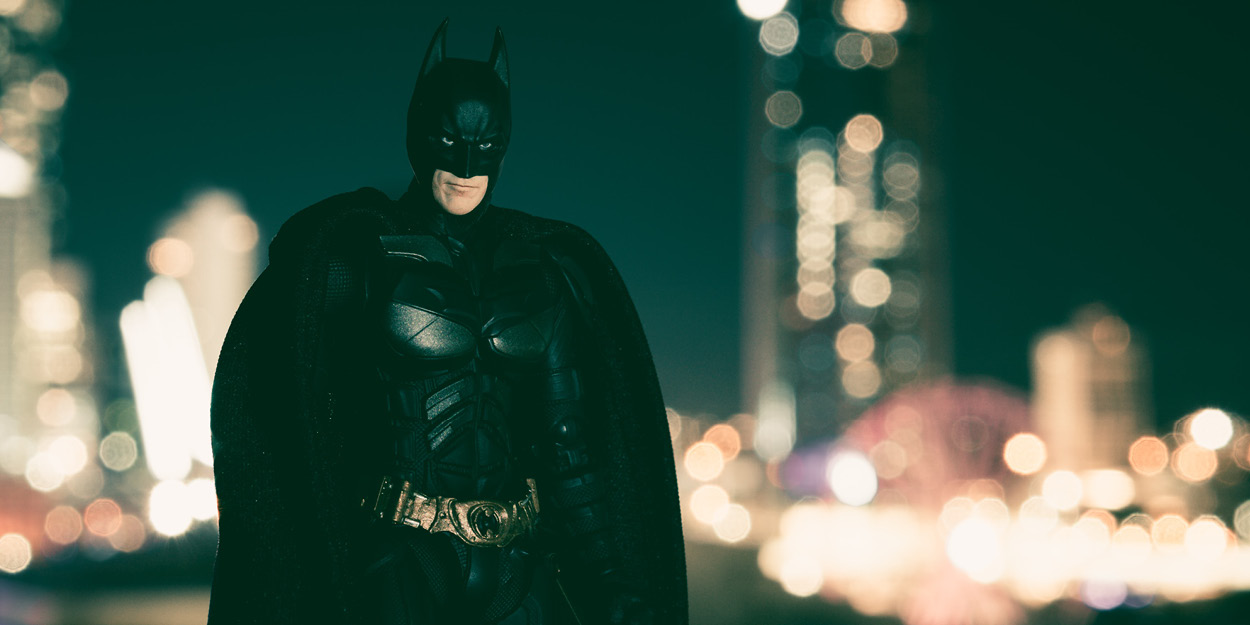 The White Batman that was Bruce Wayne is now history

Cancel culture also seems to have arrived in the world of comic books as well. DC Comics recently announced that the new Batman will be a Black man named Tim Fox. Interestingly, the new series will be written by the aforementioned John Ridley, the screenwriter of 12 Years a Slave, and illustrated by Nick Derington and Laura Braga, as the comic publisher stated. Ridley expressed great enthusiasm for his new project, but has also admitted that the new project will alienate many long-time fans - "…To be able to write the next Batman, and for them to know that this next Batman is going to be Black, everybody else on the planet can hate it, have a problem with it, denigrate it, but I have my audience, and they already love it." Nevertheless, the White Batman that was Bruce Wayne is now history.

DC's competitor, Marvel Comics, is also cancelling. The company recently announced that it was removing several panels from its latest Immortal Hulk comic, after critics claimed that the artwork was anti-Semitic. Artist Joe Bennet was accused of including "offensive stereotypes" in his comic because one panel features a pawn shop called Cronenberg's Jewelry, with a Star of David adorning its shop window. "This was wrong, offensive, and hurtful in many ways. This is a mistake I must own, and I am sorry to everyone who I hurt by this. I am working with Marvel to correct this, and I am using this lesson to reflect on how I approach my stories and my work", Bennett's stated in a formal apology. Marvel has promised to accept returns of the comic and replace them with a newly-printed version with the offending panel edited out.

Another example of the rampant cancel culture in pop culture comes from the music industry. In July 2020, the album Ares by the patriotic German rapper Chris Ares was released, and quickly reached no. 3 in the German Album Charts, as well as no. 44 in Switzerland. Following protests from the left-wing scene, Amazon, Spotify and iTunes removed the album from their product ranges and platforms, and, in mid-August 2020, the video platform YouTube also blocked the musician's channel, on the grounds that his content violated YouTube’s hate speech guidelines. Suffering under massive media pressure and deprived of his livelihood, Ares finally withdrew from the music business and, to a large extent, from the public eye in September 2020. YouTube, meanwhile, announced that it had deleted more than 25,000 accounts since changing its terms and conditions last year.

The list of artists and works from pop culture that have become victims of cancel culture is ever-increasing. For some time now, it has been observed that books are also being rewritten, or films are being remade, in order to adapt them to the Cultural Marxist conformity of today. If Arielle the Mermaid was White yesterday, now there is also an Arielle in Black. Knights, noblemen and kings from actual history are suddenly also portrayed as Black onscreen. History is either being rewritten or completely erased from popular cultural memory. One could now sit back, relax and argue that the products of popular culture are in any case only the excreta of a completely degenerated and culturally-handicapped modern world, whose extinction should be welcomed, rather than lamented. But this is fundamentally wrong, because, as the above examples show, popular culture in particular contributes to preserving and passing on cultural heritage – just in a different form and in a different way than so-called high culture. In this respect, it is very much worthwhile to recognize popular culture and its protagonists as meta-political influencing factors, and not to carelessly leave this field to the "progressive" eradicators of culture.