In the wake of the massive "Black Lives Matter"-riots, national monuments and street names in several countries has faced criticism and even vandalism. Once again, the enemies of a Europe of Fatherlands, has shown that they are prepared to use all means to combat any emotional and natural attachment that people has to their respective nations. This calls for European nationalists to act!

In Germany, mid-July, several monuments and street names has been vandalized with graffiti containing left wing slogans. One of the vandalized monuments is the statue of Otto von Bismarck in the heart of Berlin. Being one of the most dazzling personalities in the German history, Bismarck is considered a national hero and was appointed as the first German Chancellor in 1871. 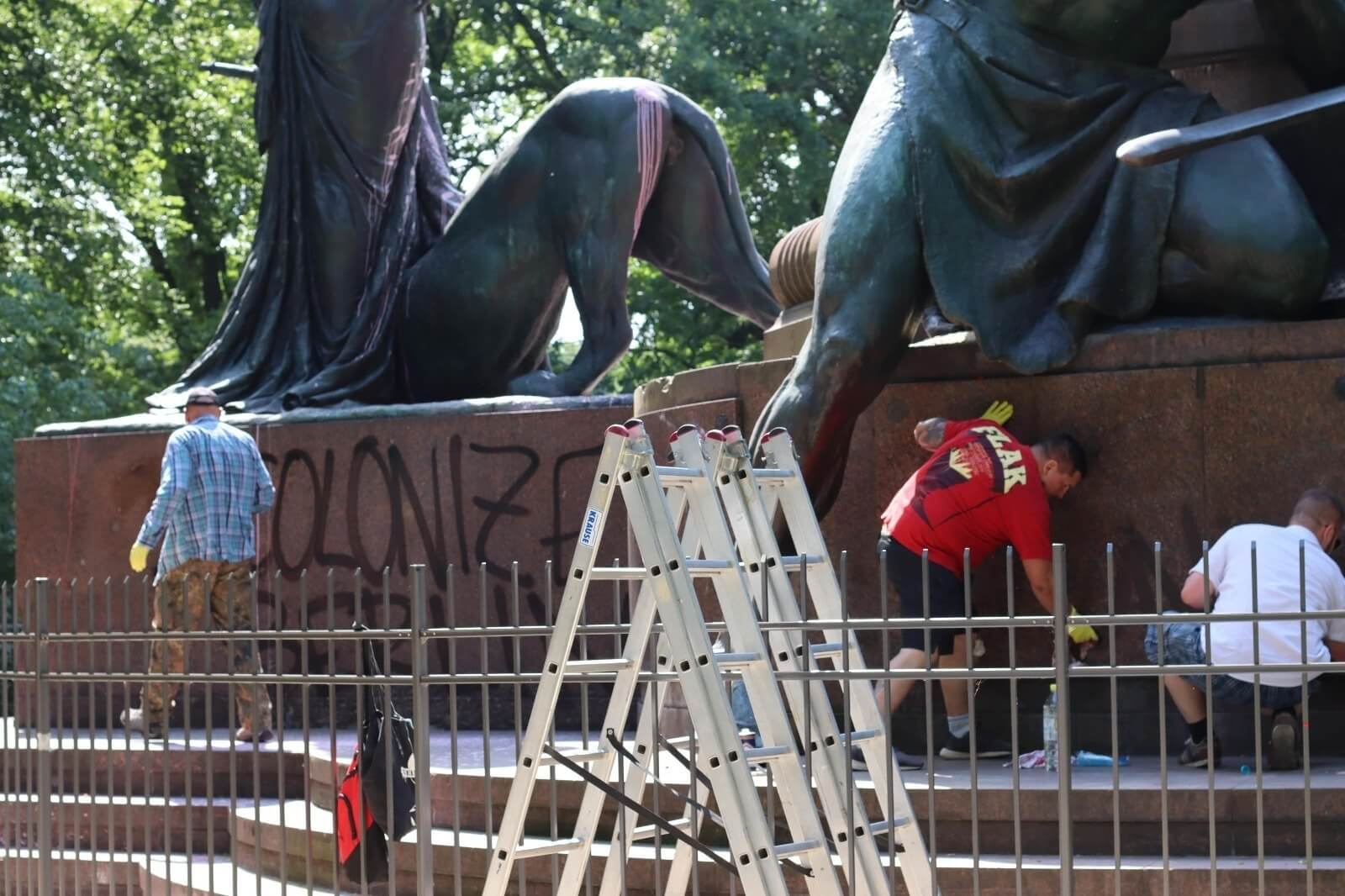 Following several days where no steps were taken to restore the monument of Bismarck, ETN-activists decided to take matters into their own hands. Domestic and foreign tourists in Berlin watched, applaused and some even participated as the ETN-activists armed with cleaners removed the graffiti, leaving no trace of the defamatory slogans. 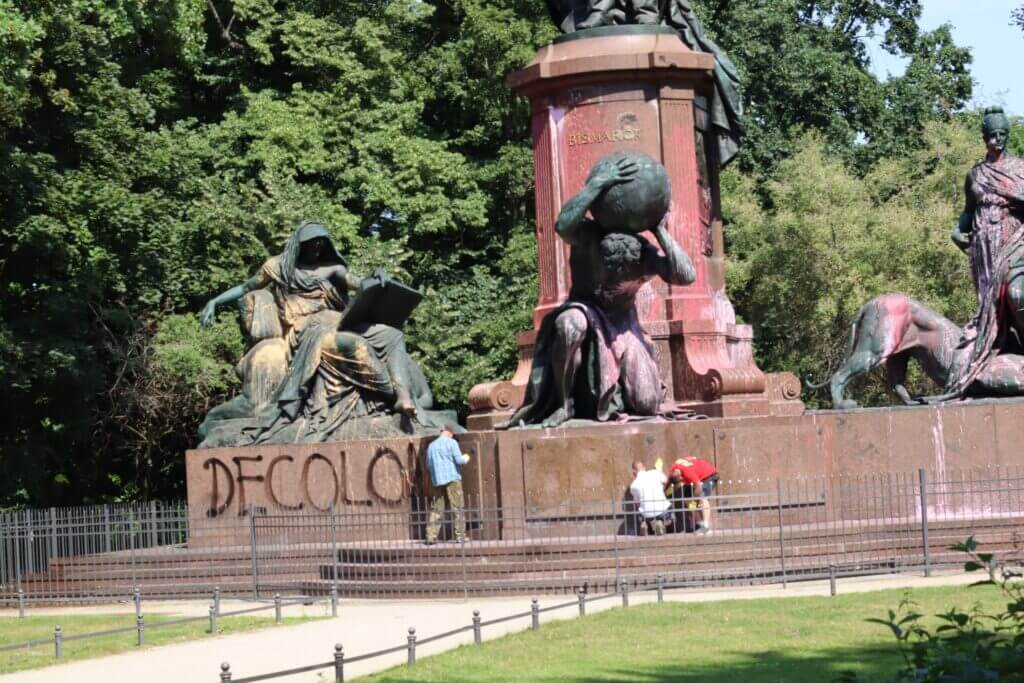 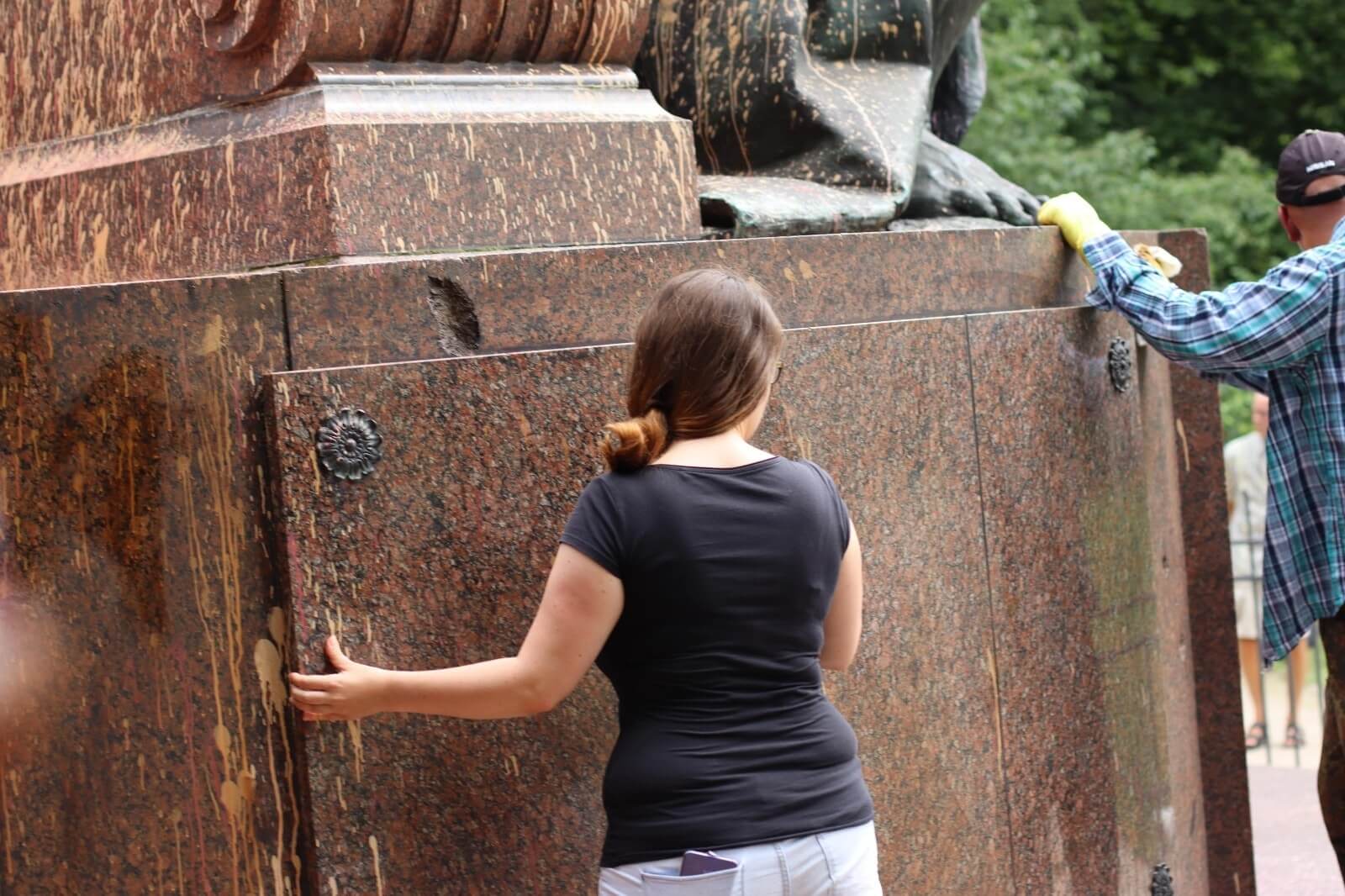 Nevertheless, further cleaning of e.g. the bronze figures of the monument, is required to fully restore the monument. Should the City Council of Berlin take no steps to do this, the ETN and "Schutzzone" – a patriotic civil protection movement of Berlin – ensure that this will be done as well.

A nation that doesn't honor its past, has no future (Johann Wolfgang von Goethe)

Are you also eager to protect the historical memory of the Europeans? Then join Europa Terra Nostra today!