Nationalism in the 21st century must grow though international co-operation. This is the maxim of the European national movement that is Europa Terra Nostra. The advancement of the nationalist ideology through working with other parties internationally is by no means a contradiction, but rather an apodictic necessity. This becomes clear when one takes a brief look back through the history of Europe. The greatest common threats to which the European peoples and nation-states were exposed in the past were most often warded off by resolute joint action between European nations. The challenges facing the European Occident in the 21st century are no different. 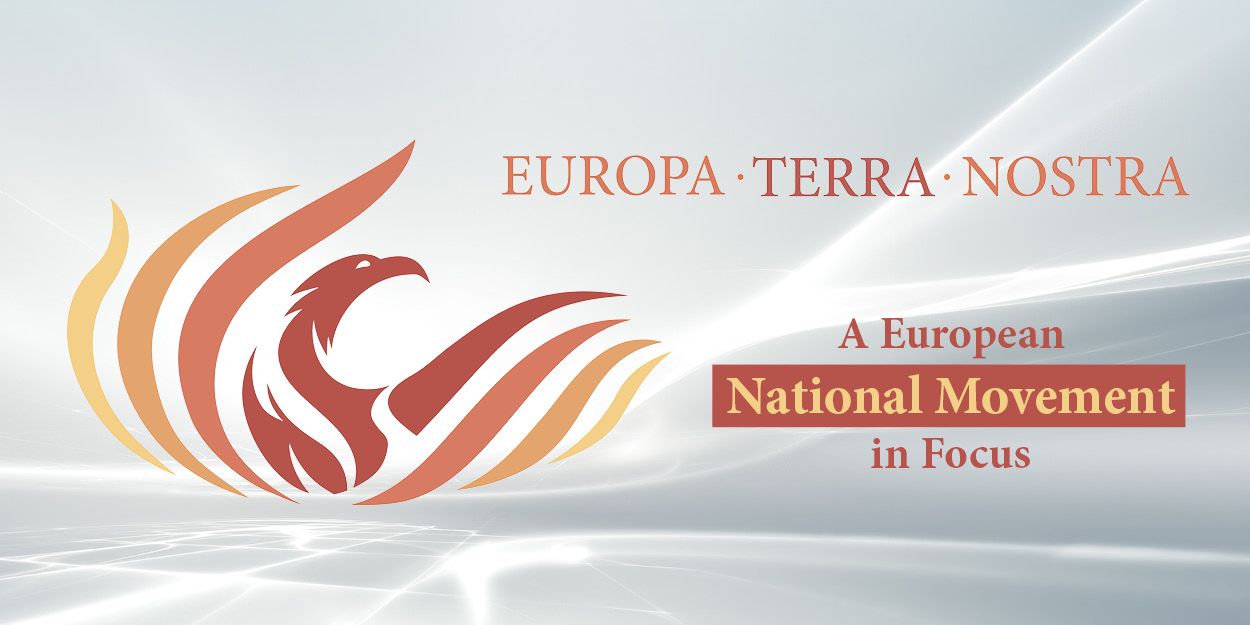 While the supranational model of order of the European Union threatens the integrity of the European peoples and nation-states, economic substance and social fabric are also at risk of falling victim to the concept of “competition”, perverted into a profit-driven cut-throat struggle. Globalism and the international division of labour also favour a dangerous susceptibility to the exploitation of crises and an unjust disparity of prosperity. At the same time, countless migrants from the African continent are flooding into Europe, a continent which is already densely populated, with almost 750 million people living in it. In addition to the growing population pressure, lawless spaces are increasingly emerging in the form of parallel societies, and imported crime threatens the safety of the autochthonous population.

Hardly anyone would want to claim that a single European country could successfully oppose this development, or even reverse it. Rather today, as then, the European Occident must be defended together in the sense of a new "Holy League", preserved in its unique diversity and shaped with Faustian spirit in an unstoppable striving and urgent manner, to make it fit for the future. However, this also requires the overcoming of existing deep rifts between some European nations. Unfortunately, confessional and ideological divisions and separations – as well as numerous unnecessary fratricidal wars (not least the two great world wars of the 20th century) – have cultivated stereotypes of “the enemy” in the memory of various European peoples. These must be understood and viewed as outdated and overcome. An insistence on focusing on opposing domestic interests will ultimately lead to little to no long-term good emerging for the people and nations involved. A future-oriented approach to history and a common vision are the prerequisites for overcoming common challenges. In this context, Europa Terra Nostra sees itself as a platform that aims to bring together nationalists from all over Europe around one table, metaphorically-speaking, in order to develop common political concepts, to exchange common interests and experiences, and, ultimately, to promote a co-operative spirit that will ultimately unfold in joint action.

The Podcast from Europa Terra Nostra

In terms of organizational activity, Europa Terra Nostra differentiates itself from the usual activities of national political parties by placing a strong emphasis on the aforementioned international co-operation with other nationalist organizations, whether they be political parties, political alliances, grassroots movements, etc. It is all about uniting European nationalists together under the banner of a nationalist Europe, while also putting aside minor party differences, which have often resulted in parties fracturing over the most trivial of disagreements among themselves.

Not only does Europa Terra Nostra frequently publish articles via its blog online, but it has also published several books. Academic knowledge is a crucial element of the nationalist ideology. Europa Terra Nostra also hosts fortnightly Zoom meetings – one being exclusive to members, the other an open meeting for all. These online meetings are held when international travel is not possible (as is currently the case, due to the ongoing COVID-19 pandemic), and the purpose of these are to allow members and supporters to exchange and discuss ideas for the future of the organization. On a larger scale, Europa Terra Nostra organizes more practical events in person across the European continent, such as conferences, guest talks, social events, gatherings, marches, etc. The importance of networking and international co-operation between associate organizations is imperative to the nationalist cause, and it is precisely why Europa Terra Nostra frequently organizes these more practical events across the continent – without working together closely for the common goal that is a nationalist Europe, the nationalist ideology would fade into obscurity. This cannot happen, for the sake of our respective peoples, cultures and nations.

The association – which not affiliated with any specific political parties, and which is also based in Sweden – has already attracted worldwide attention within a very short period of time, following its organizational reorientation, and has been able to record a steady increase in membership. This is largely due to the fact that its very concept has also struck a political chord with the younger generation, which, on the one hand, is increasingly discovering its connection to its own national identity and culture, and, on the other hand, is aware of the common roots of the European family of nations through international networking in its private and professional environment, and understands these as a binding element. 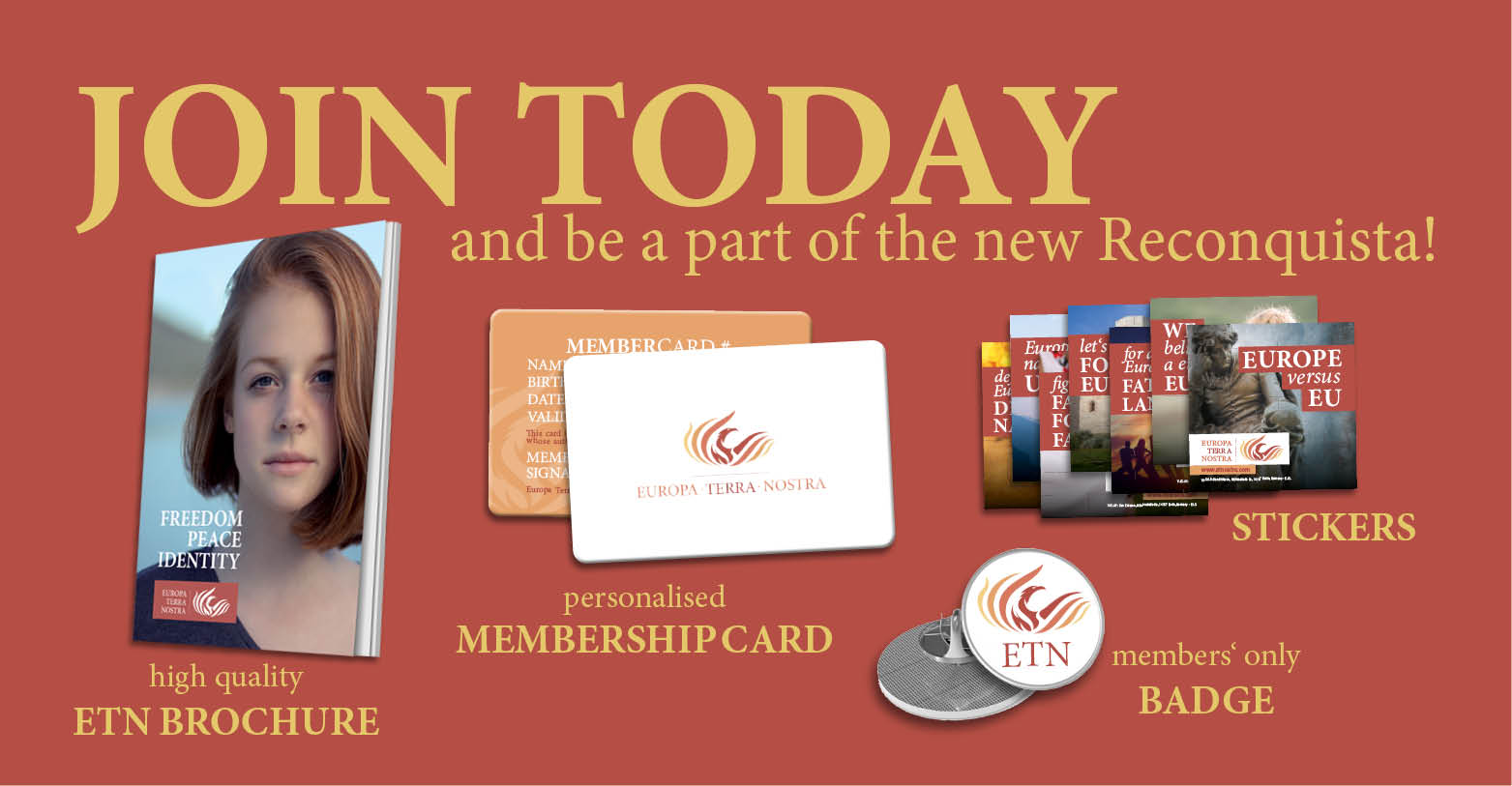 The benefits of membership of Europa Terra Nostra are numerous. Not only will members receive the official ETN welcome pack – which includes the membership card, welcome letter, introductory booklet, badge, stickers, etc. – but they will also be kept up-to-date on the various upcoming activities that Europa Terra Nostra have planned at the time. These are often formal invitations to the online Zoom meetings, organized trips abroad to meet up with various other associate organizations, or even an invitation to the annual congress itself. Members are also actively encouraged to get involved in Europa Terra Nostra affairs and activities themselves, contributing to the internal affairs and decision-making processes of the organization itself. Europa Terra Nostra values and cares for each and every single one of its members, regardless of where in the world they may hail from.