Last weekend, a smaller ETN delegation visited the Netherlands. A collective of Dutch nationalists and patriots from several organizations invited the Europa Terra Nostra to a relaxed weekend in the beautiful and picturesque Dutch countryside. Visitors could participate in long walks through the woods, various sport activities, archery and of course political debates. 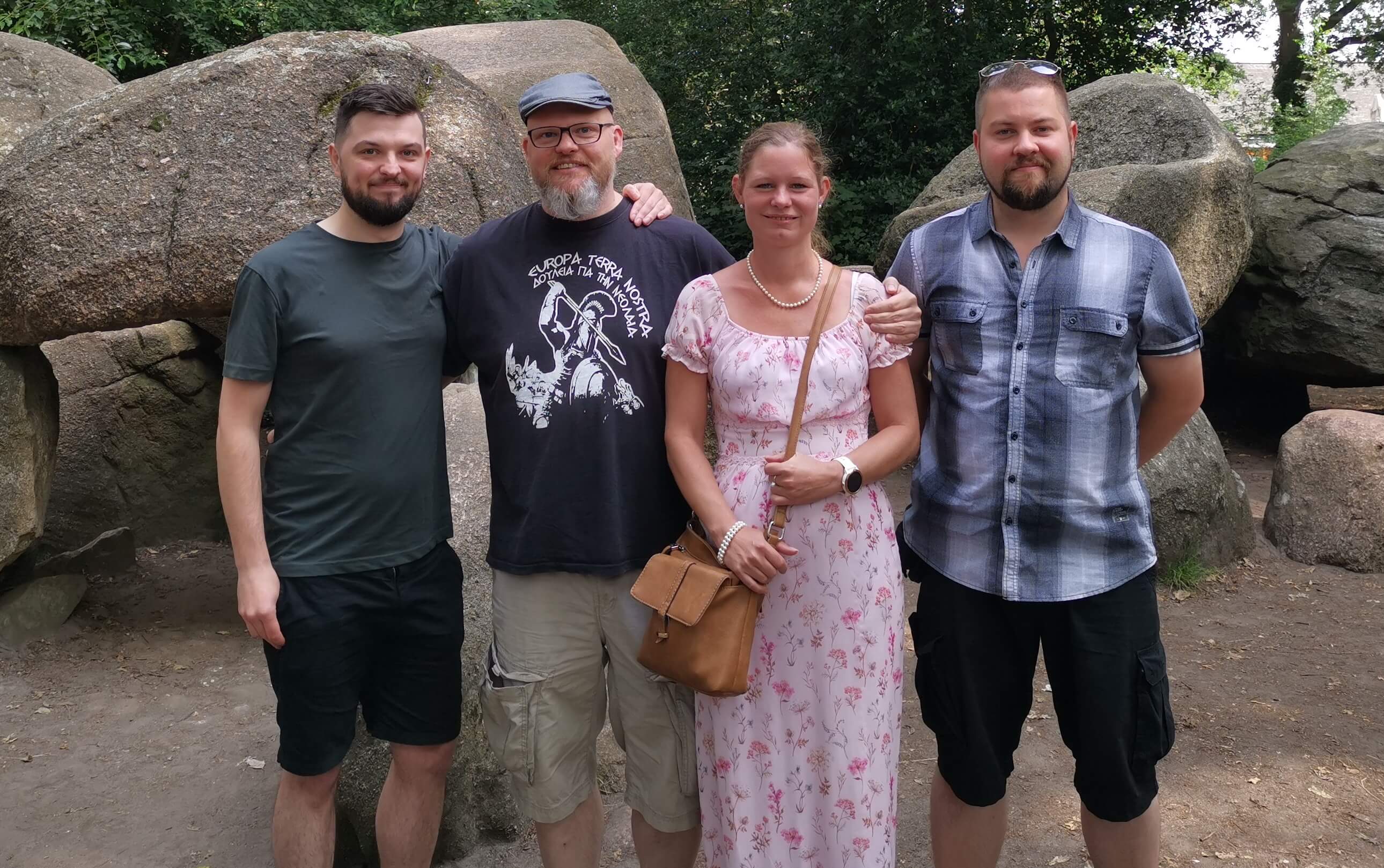 The ETN delegation visits the largest megalithic tomb in the Netherlands.

"How can any European nationalist stand idle while other Europeans are being persecuted or bred out of existence? We remember the white Europeans in South Africa who are hunted and killed. The descendants of the Boers who are of Dutch blood. The idea of nationalism binds us it does not separate us. Europa Terra Nostra wants to be the voice of every European no matter where they live and bind all nationalists of European descent into an organized movement which would transcend national borders. Our enemies are working on an international level and are doing everything that they can to destroy us. We, therefore, must stand together!"

On the last day in the Netherlands, the ETN delegation visited one of the biggest and well preserved megalithic graves, the so-called "Grootste Hunebed" located near the picturesque town of Borger.