MEPs have officially voted to declare the European Union a so-called “LGBTIQ freedom zone”, in what has been described as a symbolic move against the anti-LGBT policies of Poland and Hungary, two countries which have taken a firm stance against the ideology of the LGBT community and have strongly promoted social conservatism and traditional family values. The European Parliament formally adopted the resolution with 492 votes in favour, 141 against and 46 abstaining. 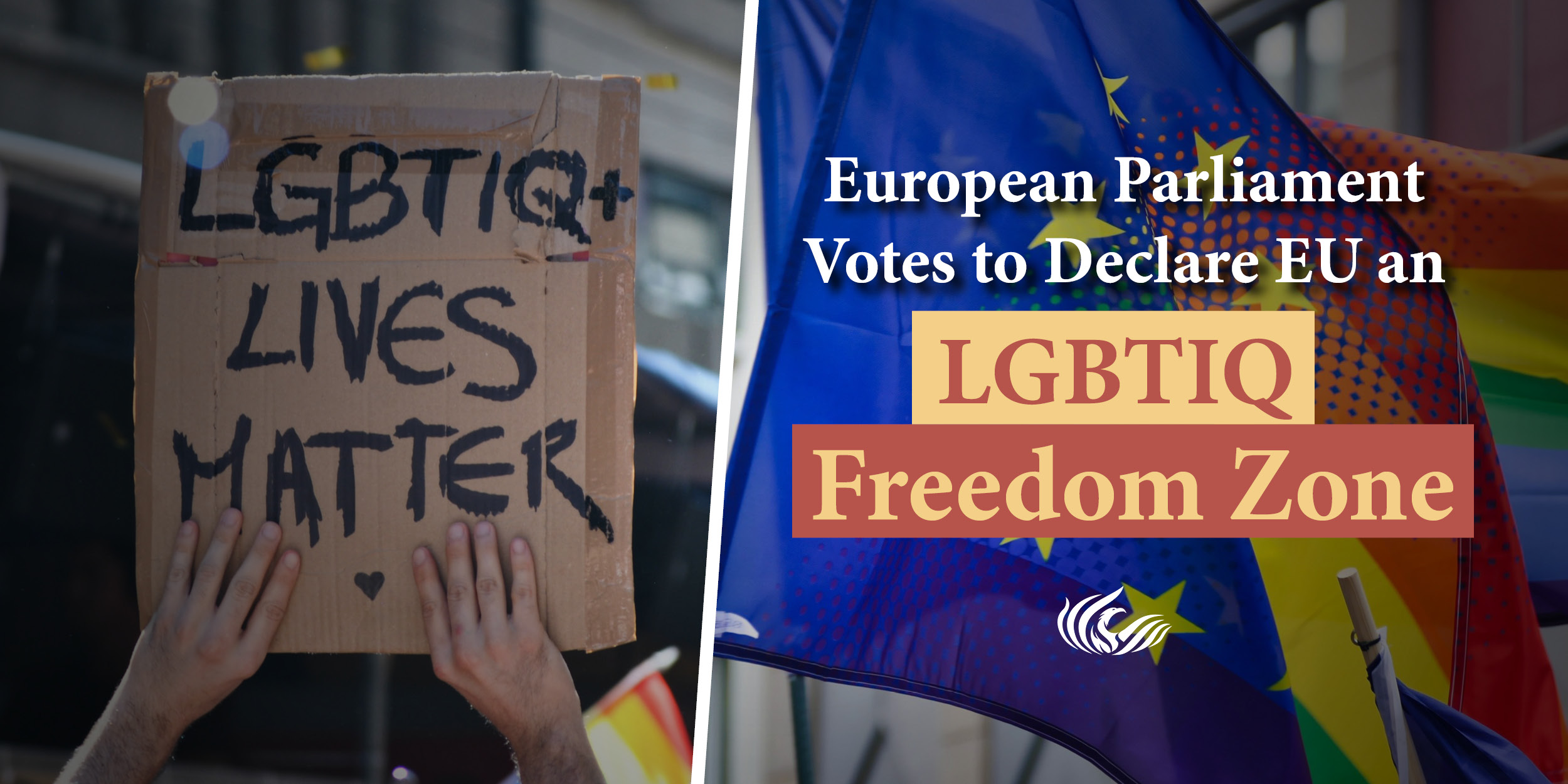 According to the resolution:

[People] in the EU should enjoy the freedom to live and publicly show their sexual orientation and gender identity without fear of intolerance, discrimination or persecution…Authorities at all levels of governance across the EU should protect and promote equality and the fundamental rights of all, including LGBTIQ persons.

Already aware and distressed of the significant progress that Poland has made in tackling LGBT ideology and propaganda in their homeland, the European Parliament’s resolution also specifically points towards Hungary’s progress as a factor in the creation of the resolution, citing an increasing number of towns in Hungary formally adopting their own resolutions against the promotion of LGBT propaganda, in preservation of traditional family values.

In a statement to the European Parliament prior to the vote, German MEP and member of the German Greens party Terry Reintke stated:

You call us lunatics. You call us an irrelevant minority. You call us perverts. You call us an ideology, when all we ask for is equality. You paraphrase books written thousands of years ago to justify your hate. You take away our rights to distract from the shortcomings of your own politics. You scapegoat our communities when all we ask for is safety. You attack our families. You tell people we are a threat. You deny us the right to be who we want to be when all we ask is freedom. But we will not give up just because you keep attacking us. This declaration might only be a first step. We know our lives are still in danger, our rights restricted, our freedoms brutally suffocated in far too many places in the European Union. But it is a step. We are many, we are everywhere and we are strong.

The passive aggressive tone of Reintke’s speech, alongside her diluting and omission of other goals of the LGBT community in Europe, really does highlight how little pro-LGBT politicians and activists such as her care for the integrity of true social norms and traditional family values.

The European Union has also taken other measures against territories which have rejected LGBT ideology and propaganda. For example, the European Commission now automatically rejects applications and requests for funding from Polish settlements which have declared themselves LGBT-free zones. In fact, pro-LGBT MEPs have also called upon the European Union to launch legal proceedings via the European Court of Justice in order to cut funding for member state governments which harbour anti-LGBT policies. For a bloc which claims to respect the diversity of European cultures, it seems to lack awareness of the fact that not every European culture will harbour tolerant attitudes towards the ever-intrusive and corrupting ideology of the LGBT community. So much for respecting cultural diversity and differences in cultural values.

Although the European Union continues ever forward in its campaign against the socio-cultural sovereignty of Poland and Hungary, fortunately, the latter two nations show little to no signs of capitulating to neither the EU nor the pro-LGBT lobby within it, which continues to threaten social conservatism and traditional family values all across Europe. The corrupting influences of the EU and the pro-LGBT lobby will continue to pose a threat unless more nations adopt the same anti-LGBT stance as Poland and Hungary.