Europa Terra Nostra organises a virtual meeting of European nationalists every two weeks via Zoom, always on a Thursday at 20:00 (CET). The next open Zoom meeting will be held on Thursday, 4th March at 20:00 (8:00pm) CET (Central European Time, Time Zone Calculator). As it is an open Zoom meeting for all nationalists interested in the activities of Europa Terra Nostra, this means that you do not have to be a member of ETN in order to take part. 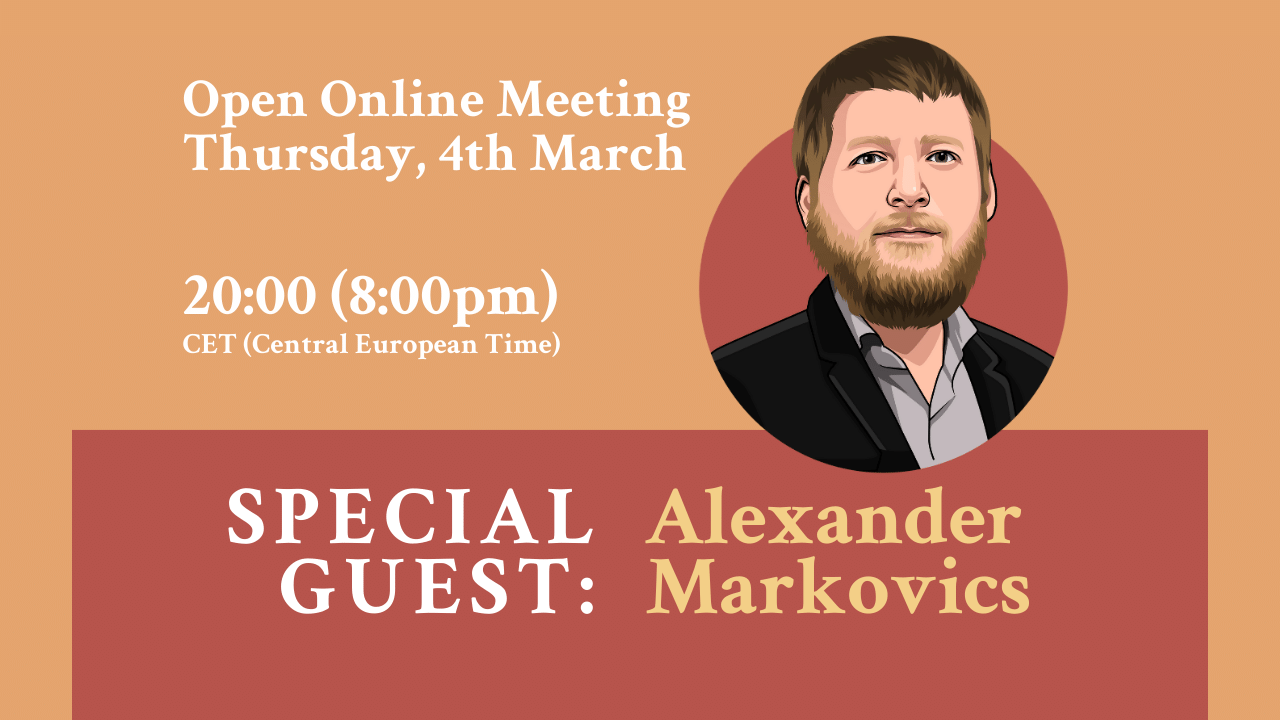 There will also be the opportunity to ask any questions that you may have for our chairman, Dan Eriksson, and other members of the board.

As always, please be most welcome to join us, and, by all mean, bring friends and fellow nationalist comrades to the meeting. It would be great to see as many of you at the meeting as possible. There will also be an opportunity to introduce yourselves to the ETN community.

Just as a reminder, one meeting per month will be for ETN members only, with the following meeting being an open meeting for all, and so on and so forth. If you would like to participate in all of our meetings, then please do become a member of Europa Terra Nostra!

Alexander Markovics was born in Austria on May 9, 1991. He is Secretary General of the Vienna-based Suvorov Institute, which is dedicated to foster an understanding between Austria and Russia, as well as the dissemination and popularization of the Fourth Political Theory, and the European New Right.

His main research interests are the emerging multipolar world, the European New Right and the Fourth Political Theory. In view of the advancing Americanization and liberalization, it is his goal to help regain the epistemological sovereignty of Europe and to make his contribution to the decolonization of Europe from the (post-) modern age, as well as the rediscovery of its tradition. Originally a leader and co-founder of the Identitarian Movement in Austria, he left the movement after it turned to transatlantism and right-wing liberalism. Since then he has worked as an author and translator of texts from English into German.

He is a regular author of the “Deutsche Stimme” (German Voice) magazine, in which he writes the column “Einspruch” (Objection). Alexander has also written articles on geopolitical and metapolitical topics for a number of blogs and magazines in German-speaking countries. In June 2020, his book “Der Aufstieg der Neuen Rechten” (The Rise of the New Right) was published in German by Arcadi.