South Africa: “Expropriation Without Compensation” Claims Do Not Create a Favourable Climate for Investment

Europa Terra Nostra author Sascha Roßmüller once again speaks to an interesting personality for an interview, which reveals not only important political insight, but moreover explores issues which are largely untouched by the mainstream media. The primary topic in question is the situation of White farmers in South Africa. 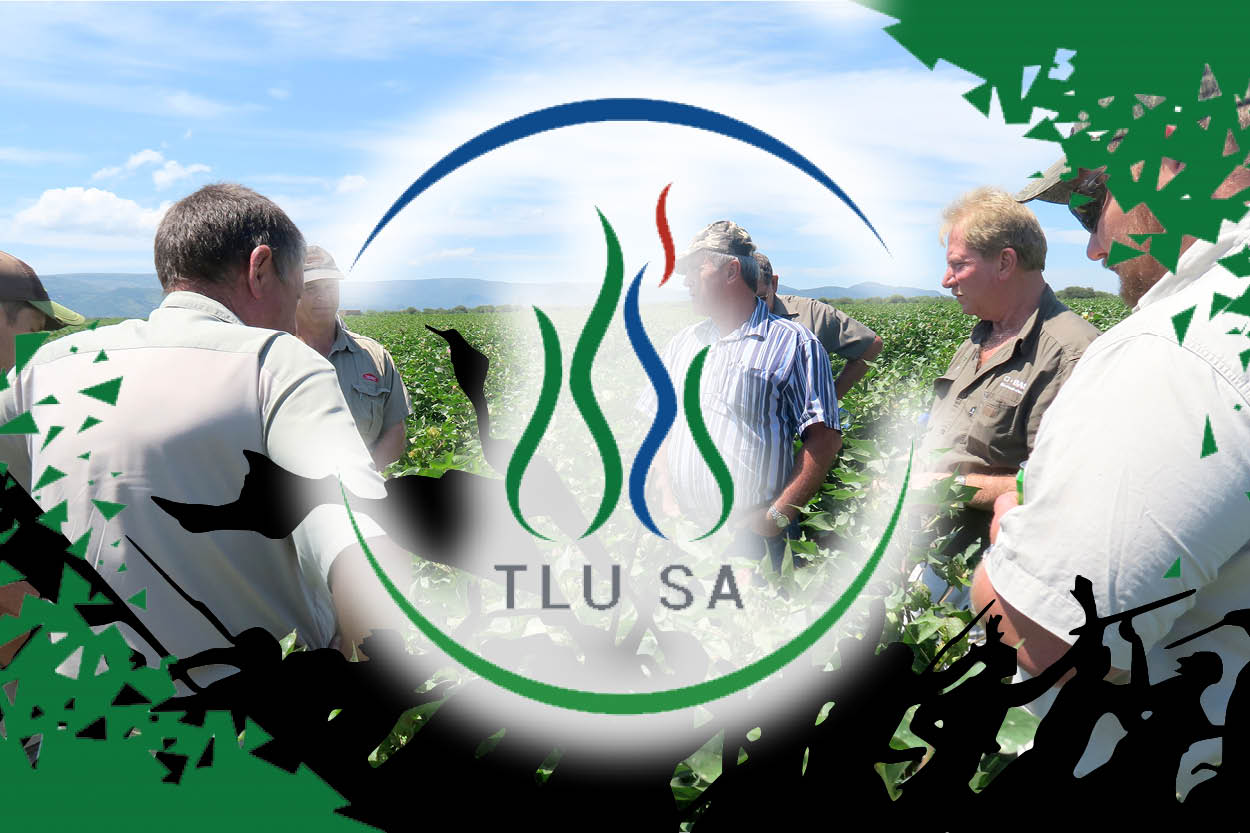 ETN´s dialogue partner, Chris van Zyl, was born in the Orange Free State town of Harrismith in December 1947, and joined the South African Defence Force after school, in order to study at the South African Military Academy. During his career as an artillery officer, he served as the Aide-de-camp (personal assistant) of the State President, an officer instructor at the Military Academy, several appointments in the operational area on the Namibian/Angolan border, commanding officer of the South African Army Intelligence School, senior staff officer at Eastern Transvaal Command, Director Corporate Communication at  Army Headquarters, General Commanding Officer of Western Province Command and Regional Joint Task Force West. Following his retirement from the military in 2002, van Zyl was appointed as Manager of Rural Safety at TLU South Africa, where he is currently employed as Deputy General Manager. Van Zyl has been married to his wife Marilyn since 1972, is a father of three daughters (also married) and grandfather to seven grandchildren. 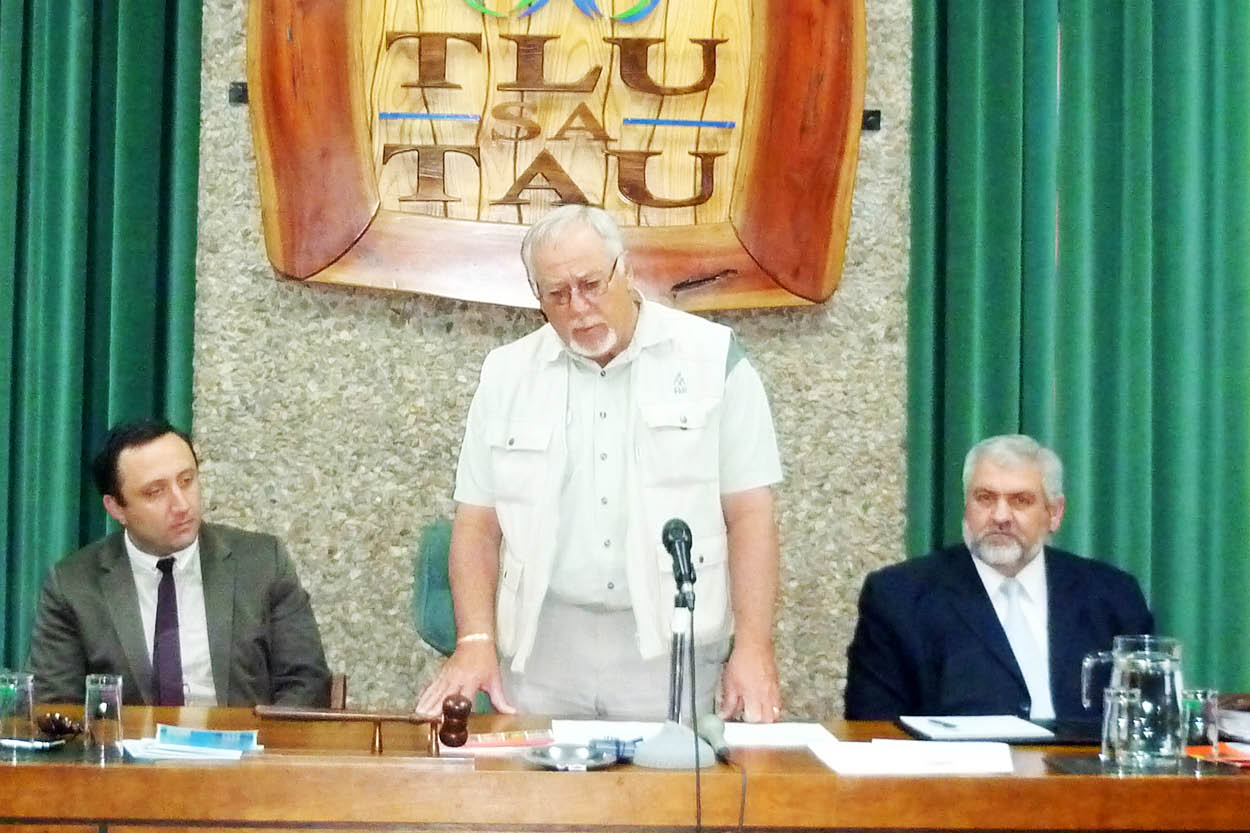 ETN: Mr. Van Zyl, please can you, first of all, explain to our readers what the Transvaal Landsbui Unie is, the character and structure of the organisation and its mission, and, of course, what’s your part within the TLU?

Chris van Zyl: TLU SA is one of the oldest agricultural unions in South Africa, having been established in 1897 in the old Zuid Afrikaanse Republiek, also known as the later Transvaal Province of the later Transvaal. Its current membership consists mainly of commercial farmers, and, having been established as a national agricultural union in 1997, it now represents the general agrarian interests of its members – most of them from European descent – in all nine of South Africa's provinces. As a union representing the "general" interests of its members, its primary focus is on property rights, energy, water and irrigation, local government, labour matters, as well as safety and security. After I retired from the South African National Defence Force in mid-2002, I joined TLU SA a year later as the Manager for Safety & Security. Currently, I am the Deputy General Manager, however, still in charge of the managerial responsibilities of the TLU SA Safety & Security Committee.

ETN: What do we have to know generally about the particular situation of agriculture in South Africa, regarding climate, political environment, and its economic importance for the state and so on?

Chris van Zyl: Generally speaking, most of South Africa is not regarded as being prime agriculturally-friendly, in terms of access to water, regular rainfall, fertile soil (vast areas are in fact arid and close to being semi-desert) and serviceable infrastructure, with regards to road and rail infrastructure. In the mid-‘80s, during the rising emotions which eventually led to the new political dispensation in 1994, the first deliberate assaults on farm dwellers were recorded in mid-1986. This scrounge is continuing to this day. As expected, the new political dispensation also introduced a vast number of land claims submitted by African people claiming that the Apartheid policies of the past forced them off their traditional land.*

A legalised restitution process followed, but, generally speaking, most of the claimants preferred financial restitution, rather than have the land returned to them. As a consequence, the relevant cabinet minister later acknowledges that the vast majority of tracts of land returned to its assumed “original owners” fell into economic failure. After more than two decades, however, the land issue is still alive, thus causing severe political polarisation, whilst it is quietly admitted that the primary demand for land is in urbanised environments for domestic housing needs. As a matter of fact, it is becoming more evident by the day that "land grabs", illegal occupation of property and protest action in this regard is still the daily fair. It is also becoming evident that access to scarce – and often polluted – water resources will develop into increasing demands. The uncertain policy environment which threatens with issues such as "Expropriation without Compensation" – which government wishes to legalise – does not create a favourable climate for investments. 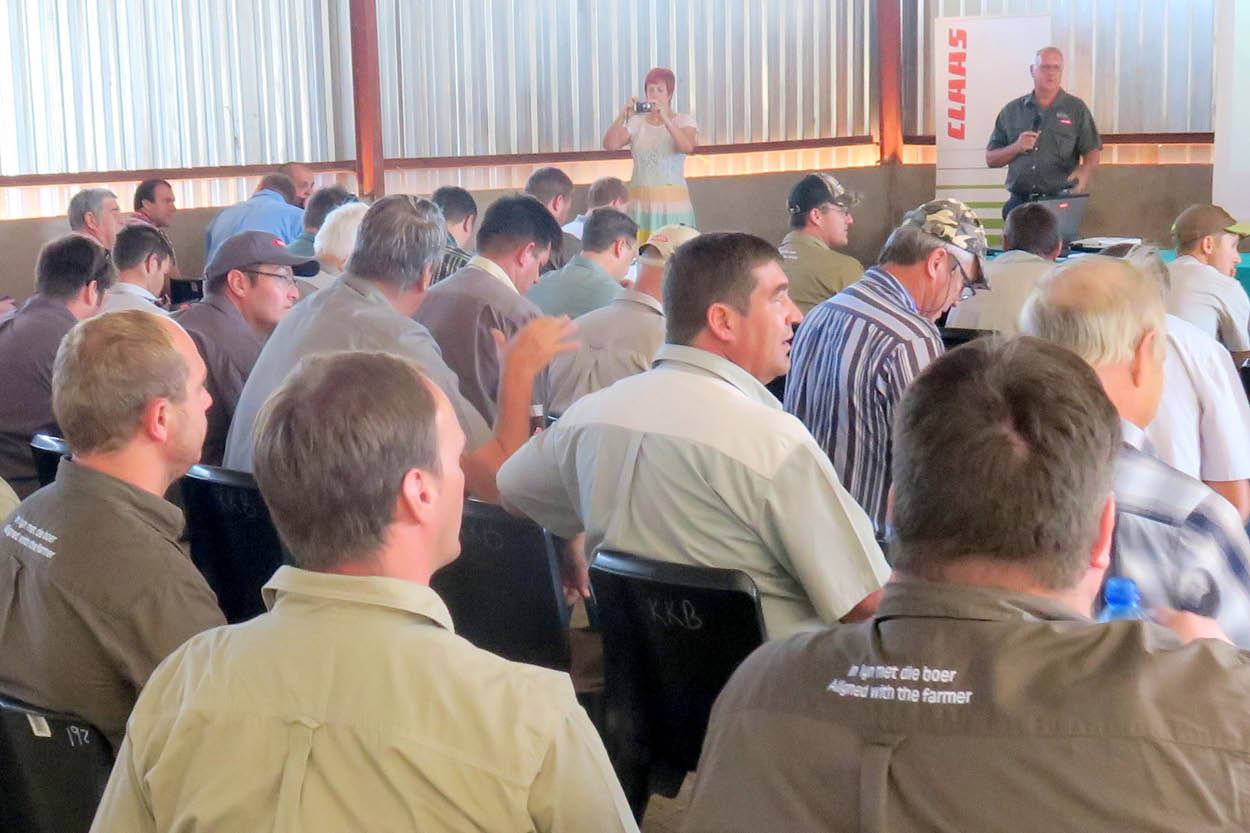 ETN: No doubt the most exciting question for our readers will be with a view to the security situation of White farmers in South Africa. The crime rate is one of the highest in the world, and – keyword[s] “farm murders” – white farmers are especially affected. Please give us the unvarnished report of the situation which is systematically withheld by the European mainstream media.

Chris van Zyl: As mentioned previously, the first recorded farm attack occurred in mid-1986, when a Radio Freedom broadcast declared farmers to be legitimate targets of the "liberation struggle". Ostensibly, this occurrence was the result that many farmers were part-time members of the voluntary commando component of the South African Defence Force. Subsequent attacks against farmers included the use of landmines, and several such incidents occurred mainly in the northern and eastern provinces of South Africa. While it was anticipated that the new political dispensation would bring a favourable stabilisation after 1994, this did not happen. As a matter of fact, the situation escalated, and resulted in the then-South African Agricultural Union requesting a summit with government, to address this issue and unacceptable state of affairs. As a result, the government declared "farm attacks" as a National Priority Crime – a status which still applies to today. Until 2003, the combined capability of the SA Police Service and the SA National Defence Force – primarily utilising the Commando capacity – were able to ensure a degree of rural security, although, in 1998, 2002 and 2004, the highest murder rate for farm dwellers (respectively, 104, 119 and 125) were recorded. The situation was further compounded when the then-President Mr. Mbeki announced the closure of the commandos, thus leaving the police as the only state-provided security capability to ensure rural security. However, the SA Police Reservist system, which allowed many farm dwellers to be appointed as Reservists, also dwindled, thus requiring farm dwellers to form their own protective structures, in order to prevent and respond to violent crimes and agriculture-related crimes adversely affecting the safety of life and property. TLU SA was the first to introduce a system generally referred to as "Farm Watches", consisting of volunteer farmers, and operating in conjunction with the SAPS and private security companies. Whilst this security capability was successful in many areas, the annual levels of violent crimes on farms and agriculture small holdings did not drop to acceptable levels. Since 2003, on average, one farm dweller is murdered every week of the year, while attacks average about one per day. What sets “farm attacks” different from other forms of crime in the RSA, the following is worth mentioning:

ETN: Last August, TLU launched a campaign ‘Farm Lives Matters’, in which centre was a – not least due to Corona – virtual protest march against farm attacks. What was it all about? How did it work? How many have attended? What was the public response?

Chris van Zyl:  TLU SA initiated a virtual “protest march” on August 14th 2020 to instill public awareness and remembrance for the victims and the relatives and friends who were either murdered or assaulted during the recorded 5,530 farm attacks since January 1st 1990 to July 31st 2020. This “march” required participants to register their participation, and whilst some actually spent time walking various distances, most, in fact, duly remembered the escalating occurrence of attacks on farm dwellers. It is estimated that in excess of 350,000 people were aware of this initiative.

ETN: Were there to notice some changes within the politics and/or the public sentiment in South Africa after the Black Lives Matter movement had become so popular, respectively publicly pushed in the USA and beyond?

Chris van Zyl: Ostensibly, the BLM movement had some initial effect within the ranks of people involved in sport, but on face value, it was individual sportsmen and women who publicly expressed alignment to "take a knee", whilst many spectators publicly displayed their dismay on especially social media. Some even went so far as to show disgrace and anger by visually shredding sport clothing in rage. It remains to be seen whether this division will result in further distancing between the supporters and opponents.

ETN: A short glance at the global perspective – the US Deep State struggles to maintain its global hegemony. Otherwise, we witness an institutional development towards a more multi-polar world order, according to which the so-called BRICS states can be seen as one pillar. What relevance do you attach to South Africa in that respect?

Chris van Zyl: In my humble opinion, BRICS will battle to attain significant global stature. Most of the member countries are faced with their own domestic challenges, whilst the dominance of especially Russia and China may be directed to other issues.

ETN: Last, but not least, what is the TLU SA Trauma Fund, and how can European people show solidarity and give support to White farmers in South Africa?

Chris van Zyl: The TLU SA Trauma Fund was established to ensure due post-traumatic stress treatment for victims of farm attacks, who suffered physical and mental consequences of violent crime. In many cases, such victims are not in a financial position to access treatment. The Trauma Fund was utilised for training a number of trauma counsellors, whilst funds were also directed to farmers who were suffering from the consequences of extreme drought in some areas.

*In 1671, settlers of the Dutch East India Company bought land from the indigenous Khoisan people of what is now South Africa to establish Cape Colony. In order to escape the harsh conditions that were common features of capitalist servitude, the nomadic pastoralists, known as the Trekboers, left Cape Colony, together with members of the Khoisan tribes. With the emergence of tractors, that followed in 1836, these Boers and their respective lifestyle and culture, became the root of South Africa's current White population. At the beginning of the 19th century, violent conflicts frequently broke out among the indigenous Bantu tribes, with the famous Zulus almost eradicating the remaining Bantu tribes from the Transvaal area. Numerous indigenous tribes migrated to the Boer region as refugees.The Boers – who wanted to negotiate with the Zulus in the same manner as they did with other tribes – were ambushed and massacred by Zulu tribesmen under the rule of King Dingane on the 17th February 1838. In what became known as the Weenen Massacre, the death toll amounted to over 530 – half of the dead being Boers (mostly children), and half being other indigenous Africans, travelling with the Boers. What many modern historians and scholars seem to forget is that throughout the history of White people in South Africa, a significant number of deaths among their historical population in the region can be attributed to violence from the indigenous Black tribes of the same territories. The case is no different in the 21st century.

Solidarity is Not Supremacy – Join Europa Terra Nostra, Because White Lives Matter Too.