Geopolitics and Migration: The Election in Syria and its Significance for Europe

Syria is not only of relevance for Europe due to the mythological aspect of the Syrian/Phoenician princess who gave her name to the continent, but moreover, because of hard facts regarding geopolitical developments, the fight against IS-terrorism and migration flows of this region.

On 19th of July, the third elections of the Syrian People´s Assembly were held since the beginning of the war in 2011. Although more than 2,000 candidates were running this legislative election, it immediately was derogatorily labelled as a „theatre“ by the West, just because Assad´s Baath party could win the most of the 250-seat parliament. The interpretation of the Western media seems questionable given that the list of the Baath party and its allies gained 177 seats which is regardless of their victory 23 seats less than in 2016. 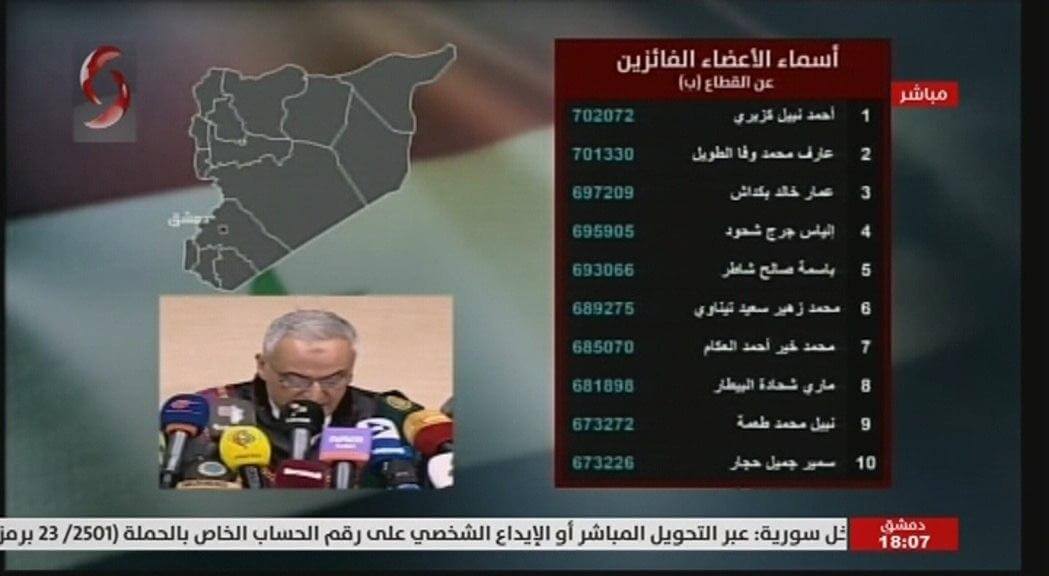 The Syrian Supreme Judicial Committee for the Elections announcement on live tv.

Parliamentary Seats for the SSNP

"Today is a political victory that is added to the military victories," commented Hussein Arnous, Syria's prime minister this election in the light of the circumstances; for example, a range of newly-imposed US sanctions, known as the Caesar Act. More than 7,000 polling stations have been set up across about 70 per cent of the country where the al-Assad government maintains control. The Syrian Social Nationalist Party (SSNP) gained three parliamentary seats.

If President Bashar al-Assad had not remained steadfast – with support of Russia – IS probably could stand already in South European and Balkan regions today. The (proxy) war in Syria, which – except a few areas - is won by Bashar al-Assad, mirrors to a great extent the current conflicts of global powers regarding the development of a multipolar world order. That, in turn, affects Europe insofar as the European Union´s hitherto onesided transatlantic alignment with the hegemon of unipolar world order, USA, leads to a fatal revival of cold war block confrontation.

In the course of a geopolitical regime change policy, the West tried to destabilize Syria by downplaying or even supporting Islamist rebels in the Near East region. As a consequence, the West fueled the scourge of Islamist terrorism, which he claimed to combat. Further, warmongering and economic coercion measures are a primary cause to trigger migration flows. After there are no longer war battles in the far largest part of Syria the main issue is the process of restructuring for rebuilding the country, which is why the refugees abroad are urgently needed at home to fill the deficit of workforce. That should be supported by the Western policy instead of a further destabilization and drain of people.

It´s time for a Geopolitical Seachange – Join Europa Terra Nostra, the Avantgarde of Sovereignty and Multipolarity!