High Noon of August 29th in Berlin: Show-Down for Freedom!

Due to the political Corona-restrictions, this virus seems to be much more dangerous to fundamental freedom rights than it is physically. Since months people in Germany are held captive in a permanent state of exception by the government, unworthy for an allegedly free and democratic system, which is why the discontent within the population is increasing. A massive demonstration on August 1st in Berlin borne by participants across numerous different political currents gave an impressing evidence oft the urge of freedom felt by many thousands of Germans.

The numbers cited range widely between about 20 000 up to 1.3 million protesters, including libertarians, constitutional loyalists, right-wing supporters and anti-vaccination activists, that marched in Berlin that day. For next Saturday, August 29th, again opponents of the government's coronavirus restrictions had planned to march through Berlin-Mitte from 11 am on, and gather in the afternoon on the „Straße des 17. Juni“ near Brandenburg Gate. 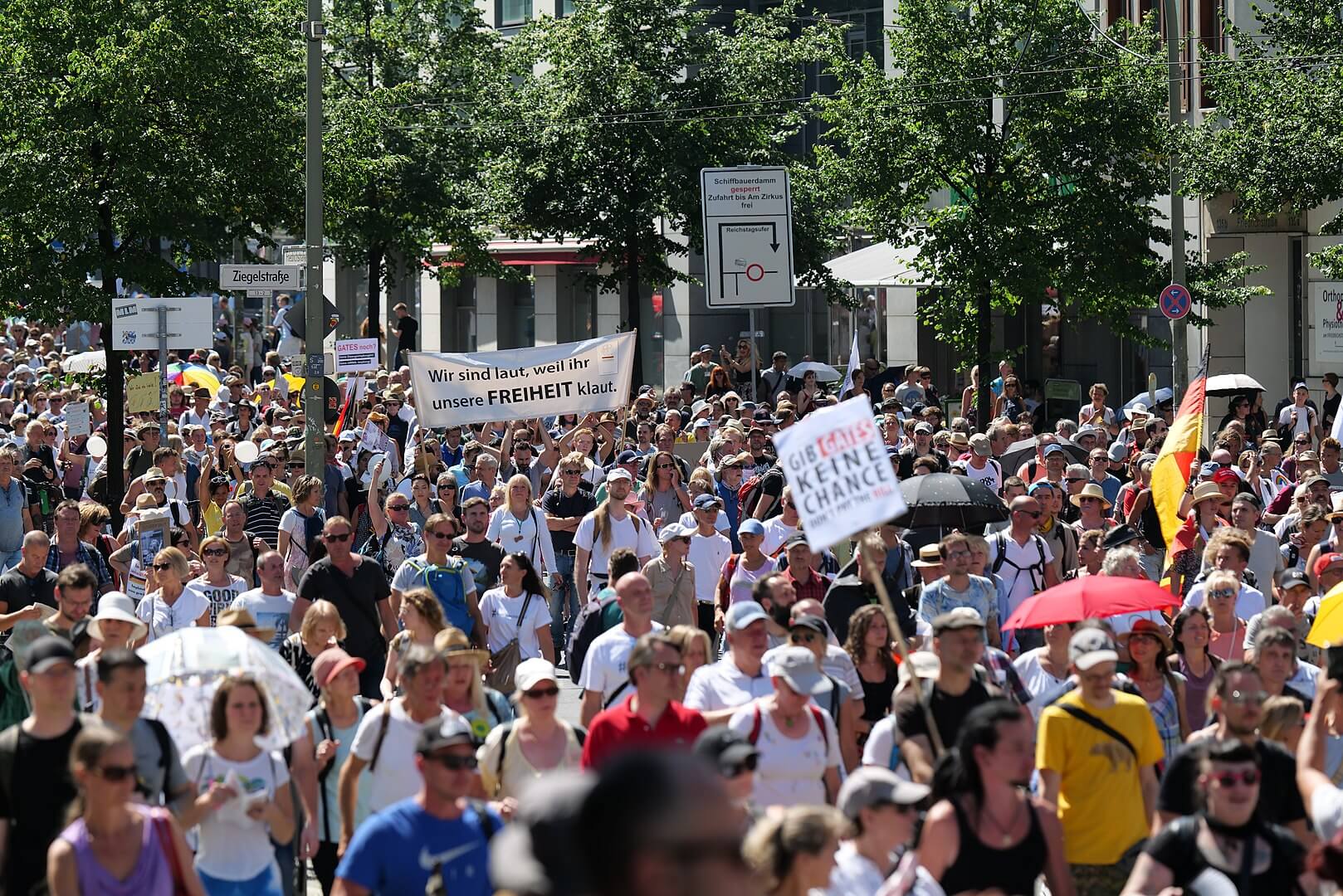 Demonstration on 1 August 2020 in Berlin © By Leonhard Lenz Own work, CC0

No Right to ban Freedom

However, Andreas Geisel, the Berlin interior senator, said the authorities had decided to ban the protest after weighing up the importance of the right to freedom of assembly with the need to protect people against infection. Incomprehensibly counter-demonstrations to the anti-governmental protests are not banned. The same as it had been regarding the Black Lives Matter-demonstrations. It´s revealing that Berlin´s interior senator of the Social Democratic Party further added that he did not want Berlin to be a stage for conspiracy theorists and right-wing extremists.

The city of Berlin announced to deploy thousands of police on the streets at this weekend to enforce the ban. The organisers`, however, plan to challenge the decision in court, declaring: "We assume the assembly will take place on August 29th."

Unfortunately, Germany suffers nearly a complete lack of oppositional media why the public is exposed to a more or less solely obsequious yard reporting. Due to this, questionable aspects are not discussed fairly, for example, why protests in Belarus against the government - despite Corona - are welcomed democratic activities, but anti-governmental protests in Germany defined as a general risk. As well as an unanswered question remains why no media debates the Russian vaccine, although the German government had always stated that restrictions will end when a vaccine is available. Regardless of what specific stance one has, the freedom to defend one´s respective attitude at all must not be cancelled!

Whatever the legal outcome will be, it´s hard to imagine that also a visit for private sightseeing in Berlin can be prosecuted by police – neither at August 29th.

*) The metaphor "High Noon" refers to a famous eponymous movie. High noon was the typical time when in western-movies shootings have been appointed, and by accident, it´s nearly the same time when the Berlin protests are planned to start.