Hundreds of Finns Protest Under the White Lives Matter Banner

Over 200 Finnish nationalists from the organization Kansallismielisten Liittouma (Alliance of Nationalists) gathered together for a demonstration on the third anniversary of the 2017 Turku jihadi attack. This year, the demonstrators marched under the slogan of ‘White Lives Matter’. 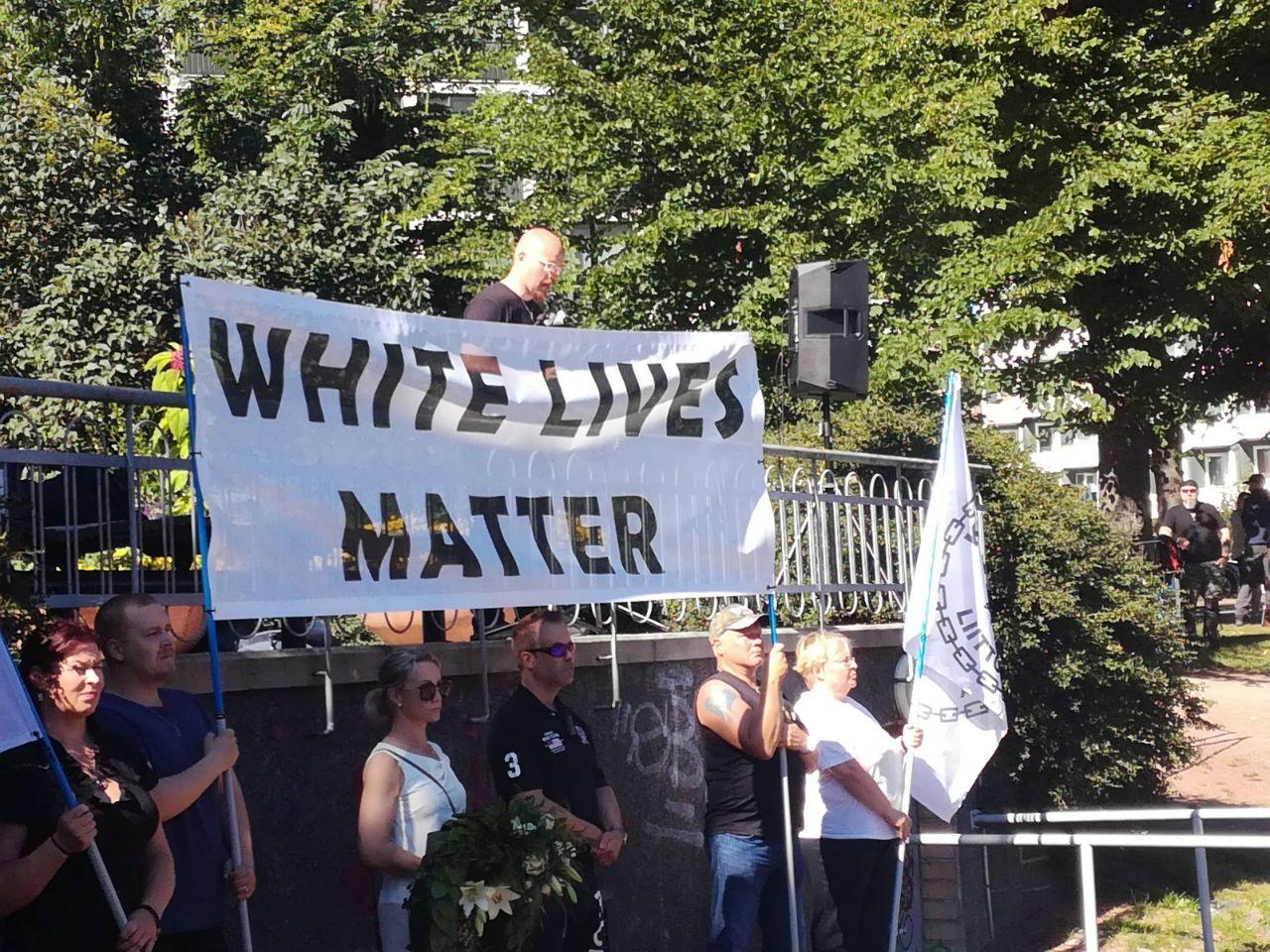 A counter-demonstration against the nationalists also took place, which was organised by activists who did not appear to believe that White lives matter. According to our sources at the event, the police who were present upheld the law and maintained order, and no major incidents took place between the two groups of demonstrators.

In a public speech, Tuukka Kuru – known most notably to an international audience for his organization of the Awakening conferences in Finland – declared that we, as Europeans, are all facing the same existential threats:

"The Turku attack was very similar in genre to another bloodshed by strangers in many Western countries. Firstly, their perpetrators are, in principle, always either newly-arrived asylum seekers, or longer-lived Muslims, with roots outside Europe. The attacks rely on the shock effect, and the defenceless victims of the attacks are mainly European. Their purpose is to shock, paralyze and demoralize the majority population, which eventually finds itself held hostage by minority groups in its own country."

He then continued with a message of hope to all Finns fighting for a truly Finnish future for their homeland:

"By coming together today behind the White Lives Matter slogan, we are sending a clear signal to all those who are hostile to Finns. The time for ideological compromises and a willingness to negotiate out of uncertainty is finally over. We are, step-by-step, reaching the level of national understanding and courage needed to encourage us to remain strong, and abandon that spiritual strait-jacket sewn by the cult of death that leaves our people no choice but to obscure the history of painful and bitter disappearance."