Interview: “After what is going on now, nothing can go back to normal”

ETN-author Sascha Roßmüller had an exciting conversation with Fróði Midjord who is the organiser of the Scandza Forum and broadcasts the „Guide to Kulchur“-channel. Fróði Midjord who was born on the Faeroe Islands is internationally active within the nationalist scene. On the back of his own Scandza Forum with regularly reknown participants on stage, he is often invited to conferences as a speaker himself. His broadcast-channel deals with a cultural examination of the film genre. In the following, you can read the whole conversation. 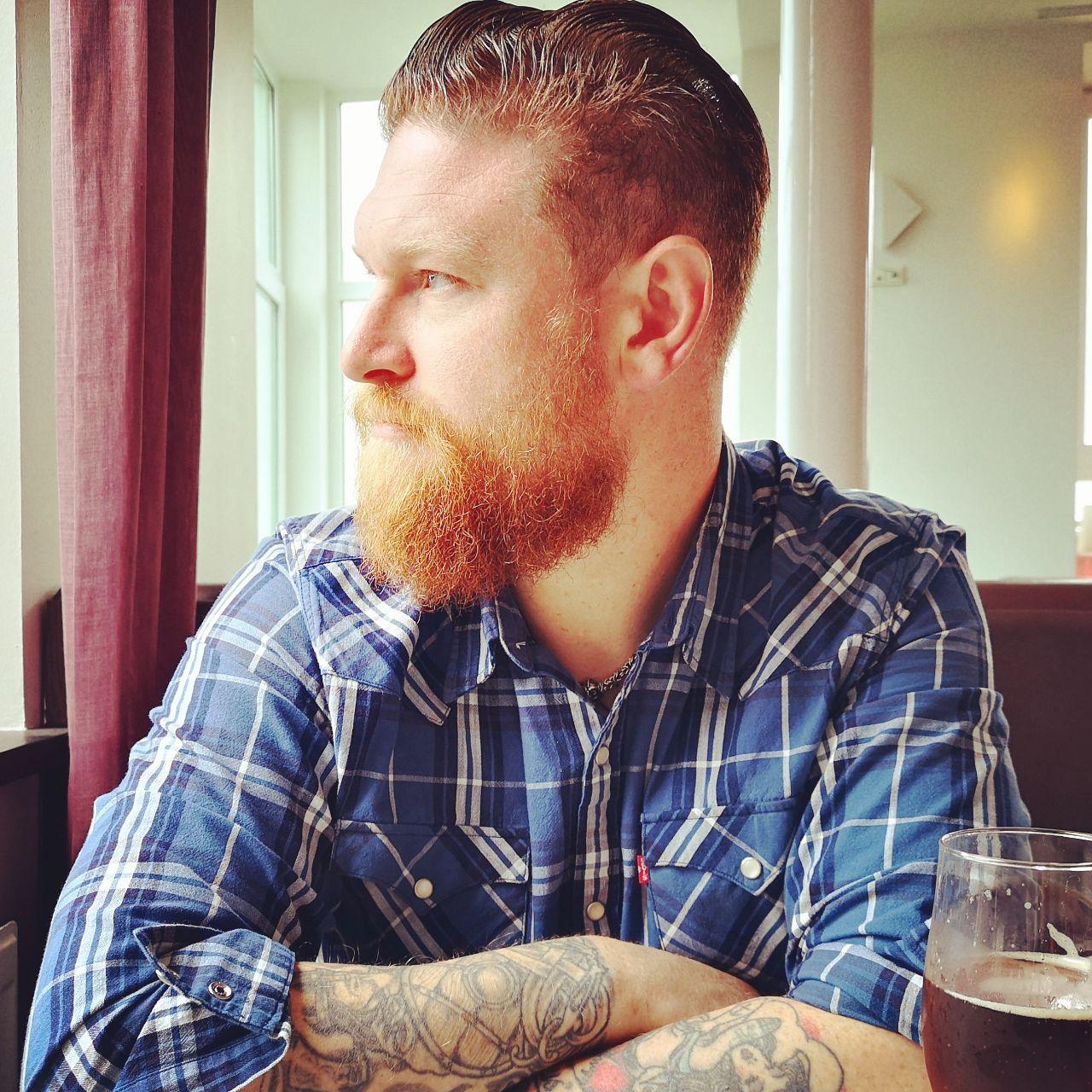 ETN: Fróði, I´ve read that you are labelled occasionally as „neo-pagan identitarian“: Would you take this also as your self-description?

Fróði: “Identitarian” is a label that I have never embraced because it functions as a euphemism. We will not be seen as less controversial because we use French words to describe our politics. I am a nationalist, and as such, I believe that Europeans have the same right and duty as other ethnic groups to assert territorial dominance in their ancestral homelands, and I don’t think we can accomplish that by falling back on euphemisms. Euphemisms signal insecurity and anxiety, which isn’t attractive. If you don’t have a religious faith in your cause, you have no chance of making others believe in it. Unflinching men become like magnets to other people. 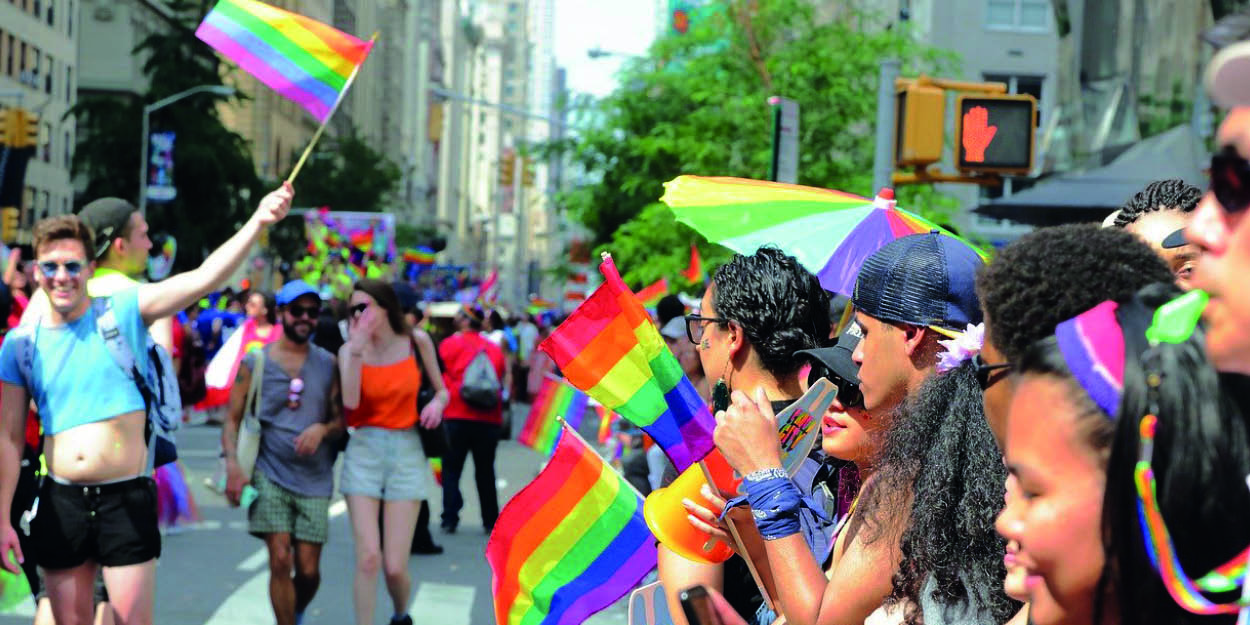 "Homosexuals, transvestites, women, ethnic minorities are our heroes because they are seen as victims."

As for the “Pagan” aspect, I agree with Nietzsche that the values of the modern world, including Liberalism and Leftism, stem from the Christian worldview. Our entire society is based on a hierarchy of victimology, where the one who has suffered most is the winner. Right now we are witnessing the victimology Olympics: minority groups compete to be victim number one! Homosexuals, transvestites, women, ethnic minorities are our heroes because they are seen as victims. We are supposed to worship all kinds of groups just out of pity, not because of any positive values. To be clear, this is by no means the only cause of our crisis, but it is enough to prove that we desperately need a “revaluation of all values”.

ETN: You are the founder and organiser of the Scandza Forum, which is conducted in different places in Scandinavia. Please can you tell us about these events: What´s the target group, what are the discussed subjects, according to which criteria are speakers chosen, etc.?

Fróði: “Scandza” is an ancient term for our Holy Land, Scandinavia, mentioned in the writings of the Roman historian Jordanes in the 6th century. The Scandza Forum is a metapolitical project for discussing the identity and future of Europeans - including Europeans in the diaspora - in the face of the demographic, political, and cultural crisis of the modern world. More importantly, it is a networking forum for high-quality individuals who have proactive visions for the future. 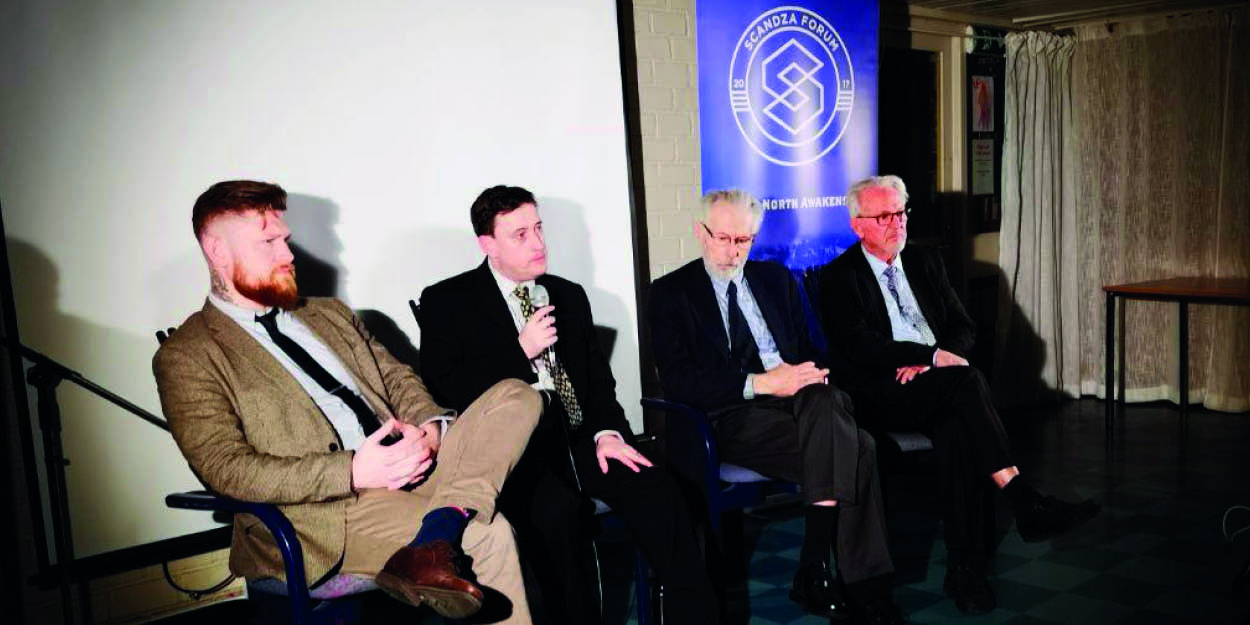 The purpose of the Scandza Forum is to formulate a vision for the future and to build communities for those who want to, and deserve to, be a part of that vision.

Much of modern nationalism has been a misguided pipe dream of rolling back time to the 1960s or 70s, before mass immigration really took off in the West. But the crisis of the current year is a direct result of the values that have governed our world for centuries. Therefore, it would be impossible to change our entire society through utopian political reforms. Western political culture is sick and there is no cure. The best thing we can do is not to confront it. Not try to change it. Not try to save everyone, because not everyone wants to be saved. We can’t undo the damage.

Instead, we must focus on making plans for ourselves rather than for everyone else. The purpose of the Scandza Forum is to formulate a vision for the future and to build communities for those who want to, and deserve to, be a part of that vision. The solution to our problems is to be found in community building and culture rather than politics.

ETN: Your forums usually stand under a specific motto the speakers are lecturing about, last time it has been „national populism“. What´s your opinion on this phenomenon? Will this development be up to scratch with the challenges European nation-states have to face and what´s your conclusion – especially after having your forum on this topic - for genuine nationalists in this current political environment? 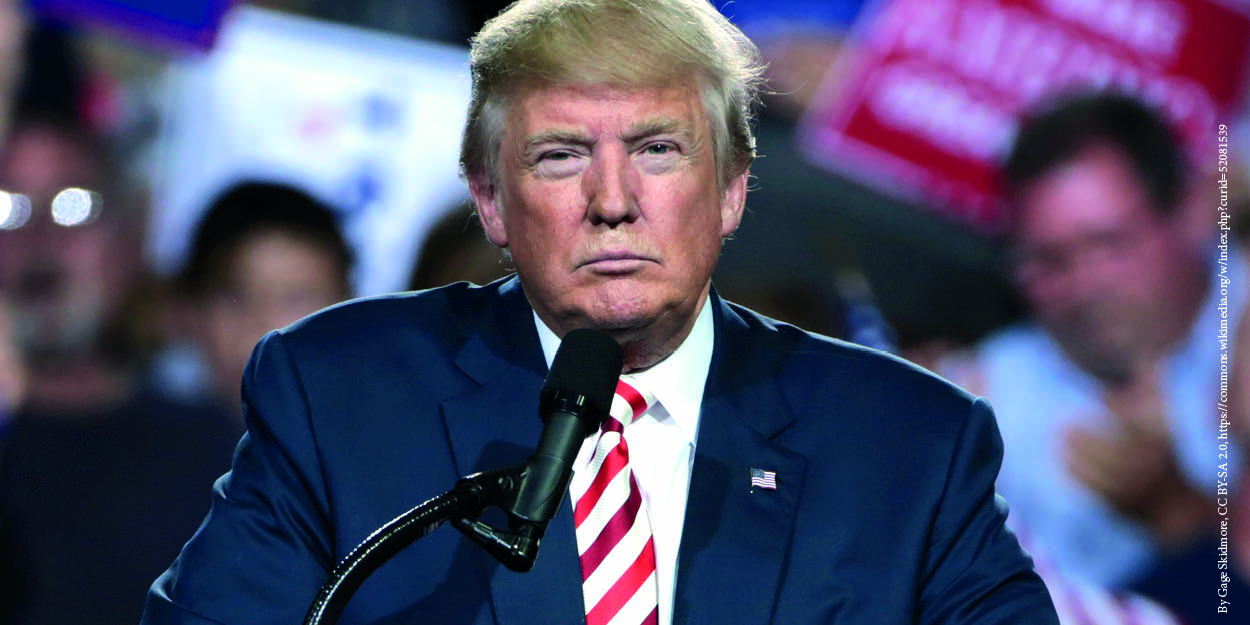 Fróði: “National populism” can be described as a phenomenon or a trend, rather than a movement or an ideology. It includes anything from Trump, Brexit, and Salvini, to AfD and Le Pen. Populism generally relates to a conflict of interest between the masses and the elites. National populism specifically refers to the masses that reject the globalist project of the elites. It describes the millions of people who voted for Brexit, Trump, and Le Pen, although the entire media establishment was against them. This trend shows that many, many millions of Europeans are reluctant to get on-board with the globalist agenda. National populism isn’t a solution to anything, because it is non-ideological - it has no vision for the future. However, it is a positive force that we need to understand and appreciate.

ETN: One also knows you because of your YouTube-channel called „Guide to Kulchur“. As far as I know, in 1938, Ezra Pound wrote a book with this title, an iconoclastic revision of the cultural curriculum. Is there an intended connection and can you explain what about this channel is?

Fróði: I took the name from Pound’s book. Any serious metapolitical movement needs a strong cultural milieu. Leftist values are completely dominant today because the Left has dominated cultural discourse throughout the West since the 60s and conservative values have been in constant retreat.

„Guide to Kulchur“ is a channel on Youtube and DLive where I invite guests to discuss culture and philosophy. During the coronavirus lockdown, we hosted the „Decameron Film Festival“ *): for a month straight we did livestreams every day, 30 episodes, discussing films. Film is especially important because it is a projection of our values, visions, dreams, and ambitions. It is the perfect starting point for a discussion about our Zeitgeist. 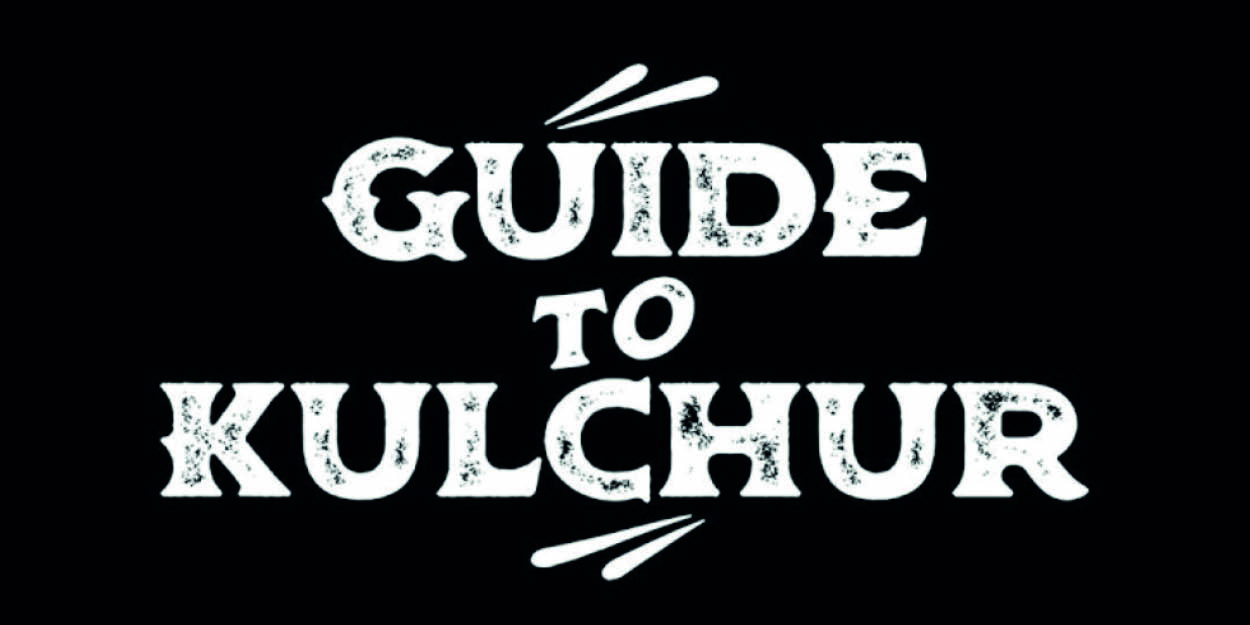 Currently, I am doing a series called “First Principles”, where we discuss books that are central to a Right-wing worldview, and we have scheduled some fascinating episodes. You can find the channel on: guidetokulchur.org.

ETN: I guess you keep a prudent track of politics in Scandinavia: How would you describe the current situation and what´s your forecast with an eye towards the upcoming years?

Fróði: There isn’t much interesting to say about politics in Scandinavia. You will find the same madness everywhere in the West. The stories are identical, and only the names are different. Everything is falling apart precisely as I have expected for many years. The only element of surprise is the speed and acceleration. At the beginning of this year, I had not expected that I would see the police standing on their knees, begging for acceptance from criminal gangs. 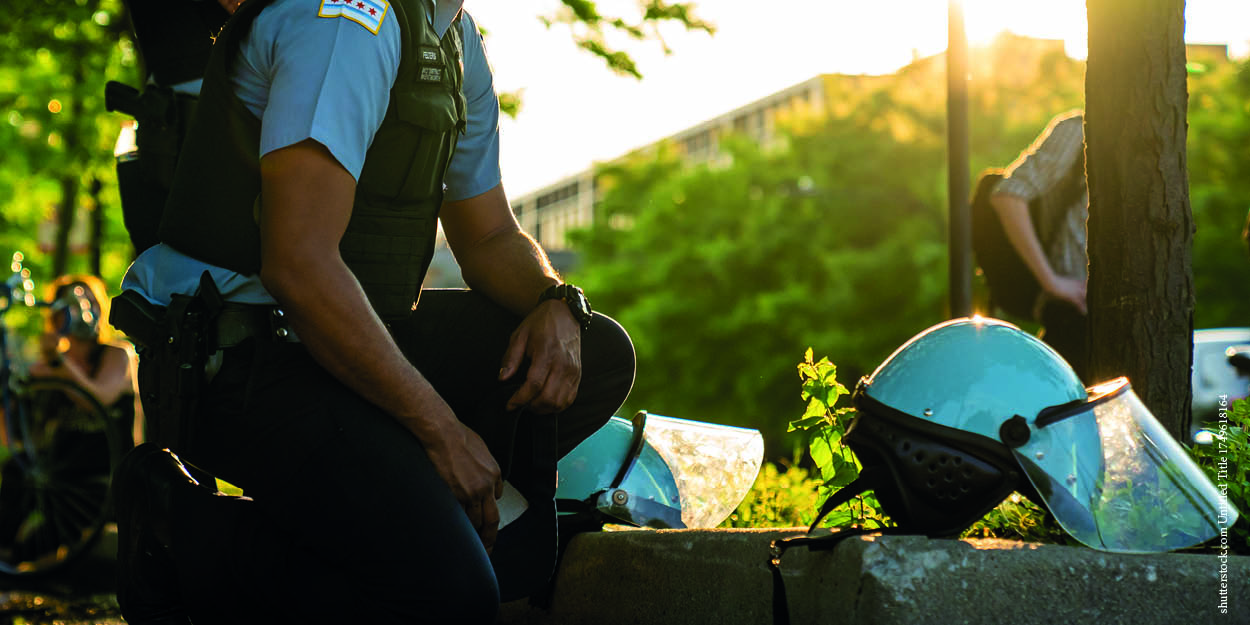 When you see gangs tearing down old statues and attacking innocent people in the streets, while the police do nothing to stop them, you can only expect politics to move in one direction. That is the end of an era and the beginning of something new. We will look back at 2020 as a symbolic year of change, similar to 1968. Due to the collapse of the current system, more and more people will be looking to the Right for guidance. Many good people became interested in politics after the migration crisis in 2015 and the current year will wake up even more Europeans from their dogmatic slumber. After what is going on now, nothing can go back to normal.

ETN: Last but not least, how important is networking for European nationalist?

Fróði: One thing that I repeat like a mantra is that humans aren’t primarily rational creatures, but social animals. When our political enemies dislike something we say, they never give us a counter-argument, and they never present any facts to refute us. Instead, they try to destroy our social lives. They try to get us fired from our jobs, they destroy our reputation through ritual defamation, and they seek to isolate us from our families and friends. Their primary weapon is political intimidation and harassment. Logical arguments matter very little if you have lost your job and your relatives have turned against you. In a situation like that, you have more urgent problems to worry about.

That is why I continuously urge young people to get away from the Internet and go to events and make new friends. If you are alone, you are vulnerable and weak and afraid. Your mind can only be free when you are part of a robust social network. You need your tribe, and your tribe needs you. The most important thing is to be true to yourself and be able to speak your mind freely.


*) "Il Decamerone" is the name of a collection of novels written by Giovanni Boccaccio in the mid-14th century, in the framework of which seven women and three young men flee from the pest plague from Florence to a country house. For their entertainment, every day they appoint a queen or a king, who determines a topic on which everyone has to invent a story to bring forward.