For the monthly magazine DEUTSCHE STIMME (DS), Sascha A. Roßmüller conducted an interview with ETN Chairman Dan Eriksson. In this conversation, Dan Eriksson explained the aims of Europa Terra Nostra in more detail and commented on its realignment as a "European national movement". 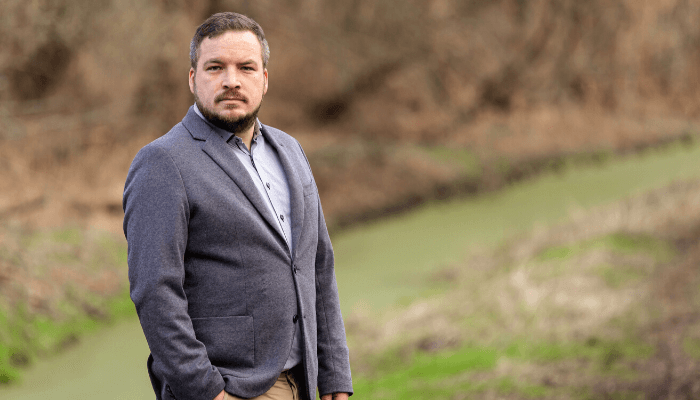 DS: Mr Eriksson, with an eye toward the media format Svegot you are not only a successful representative of alternative media in Sweden. Besides, by founding "Det fria Sverige", you have helped to build up within a short time what is now the largest ethnonationalist organisation of the whole country. Just recently Europa Terra Nostra ventured to take the step from the narrow circle of a political foundation to an association that invites people in numbers to join in. May we expect a great throw now?

Dan Eriksson: I hope so! The founding of the eponymous association on 15 January 2020 and the meticulous preparations before we went public are in any case designed to offer a sufficiently interesting profile and attractive range of activities to invite people to join in. It is easy this way to become part of a European national movement. Especially for those who are interested in far-reaching contacts, we have a wide range of opportunities on offer. The new association Europa Terra Nostra no longer sees itself just as a think tank for a few people, but rather as a networking platform for nationalists with an awareness for Europe. What is meant by this, is the whole of Europe - without limitation by transatlantic-geopolitical block confrontation.

Our services are in particular characterised by connecting nationalists from different countries at joint events respectively jointly visited events and making them acquainted to each other. By organising uncomplicated opportunities for joint participation of interesting events, we can significantly reduce the individual effort for each person. You can take part in exciting activities, make new acquaintances and enjoy a unique experience of community throughout Europe. This way, we encourage the development of an understanding of nationalism that overcomes historical resentment and perhaps promotes a nationalistic lifestyle as a counterculture.

That´s the birth of something special

DS: What target group does Europa Terra Nostra want to address and is a party political background in the respective country an issue that matters?

Dan Eriksson: With the self-conception of a network platform, party political background doesn't cut a figure; indeed, it must not play any role. However, that doesn't mean that in reverse such is an obstacle. The target group is people of European origin who have an awareness of Western cultural heritage and national distinction without seeing this sense of identity solely cultural, i.e. completely detached from their ethnic background. Above all, Europa Terra Nostra is exciting for nationalists who are interested in experiencing Europe from a nationalist perspective, learning about other national movements and gaining specific cultural impressions - and all this in companionship with the spirit of solidarity among like-minded people.

I´m sure, it is without question exciting, for example, not only to attend a summer festival in Sweden, a demonstration in Eastern Europe or a congress in Southern Europe, but to meet other members of Europa Terra Nostra at a common meeting point, to stay in the same hotel, to have meals together. Further, it´s an upgrade for a political trip besides enjoying the event to additionally take part at an extra organised cultural fringe programme as well. It is a support of this type which we want to take care of. That´s the birth of something special, where one should not stay on the sideline just as a bystander, but instead, actively join in according to the tradition of historical European freedom fighters.

DS: In which fields does Europa Terra Nostra, as this wholly realigned association, want to develop activities as a priority?

Dan Eriksson: As already mentioned, Europa Terra Nostra is a meeting place for European nationalist activists to exchange experiences and confidence-building measures as a basis for sustainable cooperation. In this sense, we fulfil a task similar to a service provider as a supporter for visits of various delegations to major events. Of course, we still act as an organiser of own events of political, sporty and cultural nature as well. Regarding programmatical contents, we also carry out the ongoing ideological groundwork and aim to be a trendsetter of discourse as well as a source of information on European developments apart of the mainstream. In this respect, it´s to recommend to follow our homepage and our other social channels regularly. 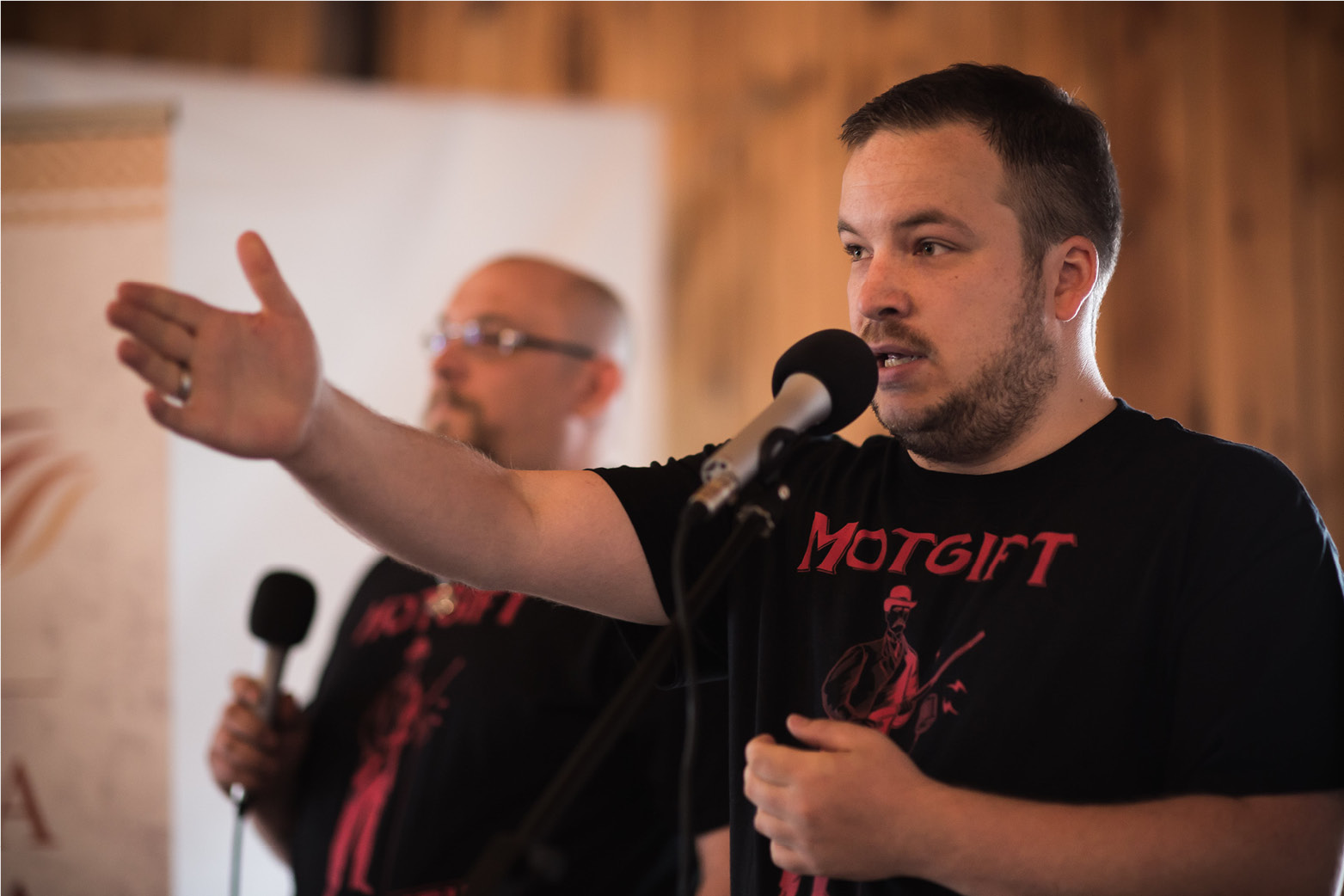 DS: You have extensive experience in the social media sector. Will Europa Terra Nostra be active in the same way as various alternative media formats?

Dan Eriksson: Yes, of course. Last but not least, we have also completely revamped our Internet presence. Here we want to offer new information almost daily. We thus also offer ourselves as a suitable hub for information from all directions of the wind rose. So various organisations from all over Europe can use this opportunity by cooperating with us through reports. Not only does Europa Terra Nostra inform and communicate via various platforms - I mention for example our Telegram Channel - we also offer regular podcasts or videos in which we discuss interesting topics, or for this invite external dialogue partners to participate. However, there is always room for improvement, for example, by a continuation and quicker pace of videos.

DS: How should the connection with the members and supporters be maintained across Europe? This goal will be challenging to achieve by events solely, if only because of the given distances?

Dan Eriksson: Of course, we are not to see as a quasi pure national travel company. In addition to our own events and the organisation of collective participation in other politically interesting activities in Europe, we also want to develop regional activities by members on site. Perhaps the idea of cross border partnership between regions with a certain number of ETN-members is also an approach worth considering for networking in the sense of European nationalism. Moreover, ETN members receive regularly, short newsletters, which at least strengthens the spiritual connection.

DS: You spoke of a Europe without transatlantic-geopolitical bloc formation, which probably means that every European can become a member of Europa Terra Nostra? Does it take more than being European?

Dan Eriksson: Any nationalist of European descent who identifies with our goals and content can become a member. This understanding, therefore, includes Americans, Canadians and Australians of European origin. Even a Bure from Orania who is committed to the European cultural heritage can - or should - become a member of Europa Terra Nostra. In terms of content, there must, of course, be an agreement with the three pillars on which our work is based: No more fratricidal wars, cooperation between the nationalists of different countries and an understanding of authentic nationalism that is different from superficial populism.

Nationalists must not allow that burdensome historical legacies are instrumentalised by anti-patriotic globalists to prevent a future peaceful springtime of ethnobased nation states. The targeted cooperation of European-occidental nationalists thus not only serves the purpose of mutual organisational professionalisation, but in a certain sense also as an immunisation to get incited against each other. Further, to place oneself on the foundation of an ideologically sound nationalism secures the sustainability of our work, since we are not subject to short-term moods, which are often very arbitrary and fluctuating. That is the reason why populist movements often are like a flash in the pan and mostly don´t achieve any more than short-lived illusory success. Finally, they drop off the screen or become superfluous by political adjustment. Therefore: Authentic nationalism without pseudo-tactical subterfuges!

DS: Despite these nation-states overarching networking approaches, I assume, Europa Terra Nostra should not be confused with the European Union's ideas of Europe, should it?

Dan Eriksson: No way! The European Union does not network, it incapacitates. We, however, connect activists and organisations, but don't aim to forcibly synchronise states by depriving them of their self-determination. On the contrary, we are fighting for the maintenance of national sovereignty. Moreover, the Brussels idea of Europe has nothing at all in common with Europe, not least because it has no interest in the ethnic groups on which Europe is based and ruthlessly promotes a demographic replacement policy.

DS: Last but not least question, how can you become a member and what is to expect as such?

Dan Eriksson: As for this Europa Terra Nostra has a very low-threshold for membership, as you can become a member for a small fee of only five Euros a month. Joining is easy to do online. Every new member receives a welcome package, and every single joining enriches the European nationalist resistance by one more fellow campaigner. If you want to fight for freedom, you have to take up the position and not just stand noncommittally on the sideline!

DS:  Mr Eriksson, thank you very much for this enlightening interview.