Interview with the Golden One from Sweden

Europa Terra Nostra author Sascha Roßmüller recently sat down for a fascinating conversation with 31-year-old Marcus Follin – popularly known as the Golden One – from Sweden, who is a right-wing lifestyler and influencer. 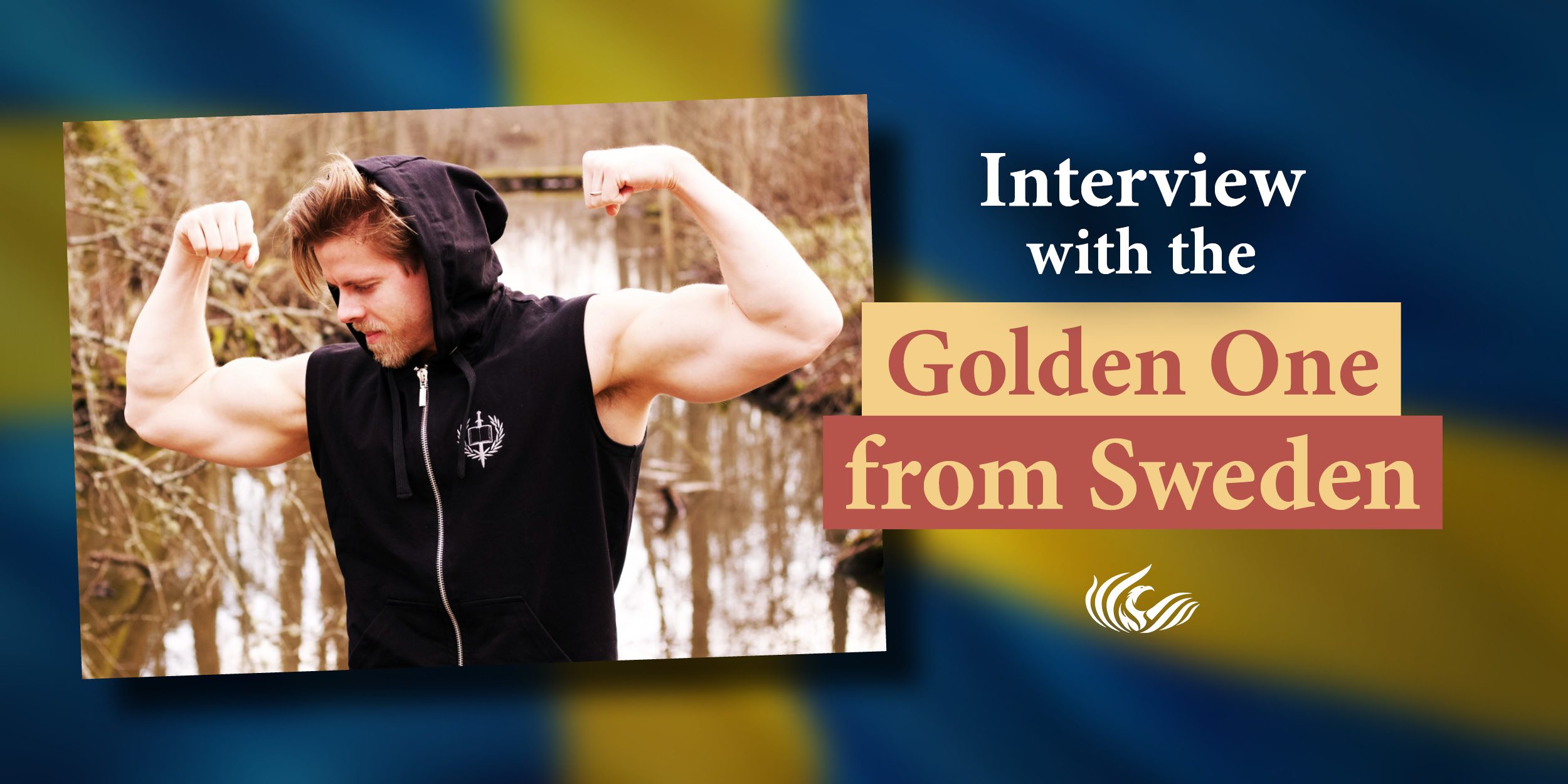 Follin is also a board member of the Swedish nationalist association Det Fria Sverige and is a close associate to Europa Terra Nostra. A passionate sportsman and athlete, Follin is also committed to the revival of the European identity and culture. He holds a bachelor's degree in economics from Uppsala University, runs two companies in the clothing and supplement industries and is also a book author as well. Follin is married and has a young daughter.

ETN: Marcus, you are a successful vlogger with many followers who focuses, in a broader sense, on lifestyle habits. We will delve deeper into specific issues in the following questions, but in general, do you strive to fight nowadays’ decadence by motivating people to change their behaviour in a certain direction, and, if so, what are the worst zeitgeist-maladies people formed as habits, which are in need of correction because of being detrimental for themselves as individuals, as well as for society as a whole?

ETN: You are an enthusiastic sportsman, especially regarding bodybuilding and martial arts, and, as such, take care of a healthy diet. How many hours each week do you dedicate to training, indoor as well as outdoor? Further, how do you rate the majority of today´s youth in that regard, and what damage do you think has done the lockdown policy?

Marcus Follin: It depends quite a bit on the situation. I used to train more often in my 20s. Now, at 31, being a husband and a father, I do not spend quite as much time to train as I used to, but I can still train for an hour six days a week. It also depends on how you define training. A brisk walk with the baby stroller for an hour is a good way to combine fatherly duties with training! I am actually quite optimistic about the youth. Gym culture is growing and many young Europeans are starting at an early age. They also have access to more – and better – information than what was available only 20 years ago. I am also happy to see a growing culture of young men training martial arts together. As for the lockdowns, the proponents of them are either stupid or malicious. Nothing is worse for the overall health of the population than to be trapped indoors without the ability to access a training facility. If the governments were truly interested in keeping people healthy, they would not pursue a lockdown policy, but rather regulate bad food (vegetable oils, alcohol, refined sugars, etc.) and promote active lifestyles. Obesity and alcohol are both much worse than Covid. Yet no attempts by any government are taken to address this. Not only have the lockdowns caused harm to people’s physical well-being, but also to their mental well-being. Humans are not designed to be isolated. 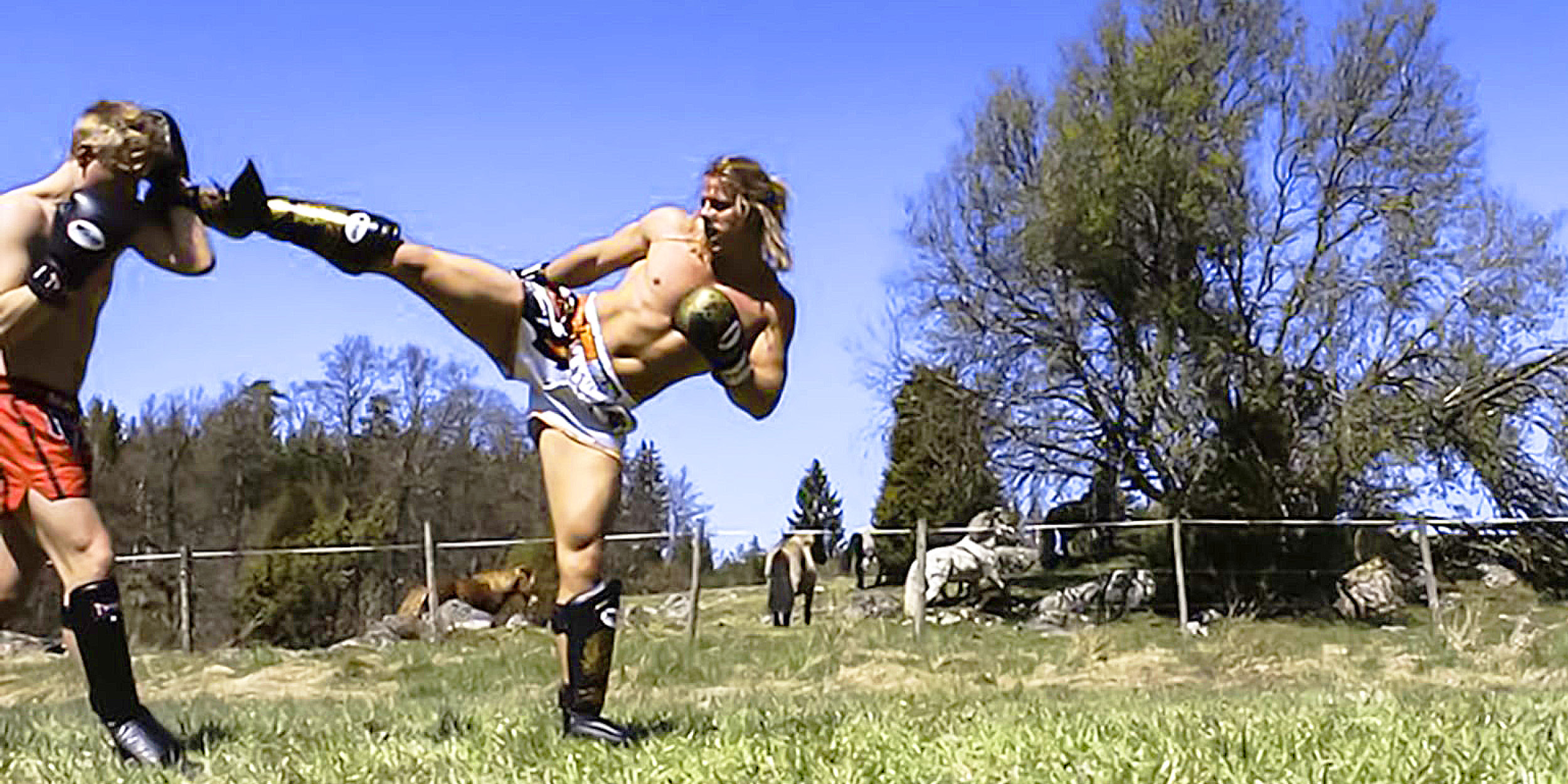 ETN: You´ve written a book which, in the meanwhile, is also available in German language. Please can you summarise for our readers what´s the core message of it and where they can get it?

Marcus Follin: Yes, Dauntless. My mindset when writing the book was the following – what do I wish I knew ten years ago? What do I wish all European men – young men in particular – knew? I started writing it as a way to have all of my thoughts, insights and advice in one place, and I am very happy with the way it turned out and with the positive response it has gotten. The book includes chapters on health and training, on relationships, on philosophy and on politics. It is supposed to be a handbook where advice on how to improve your life and how to thrive in the modern world is at the core. Many books focus on presenting ideologies and how to think. I wanted to focus on what people can do – what positive changes they can make in their lives. A core message of the book is viewing our current time in a heroic and life-affirming manner. Many guys are depressed about the state of the West, which is understandable. One can either lament the fact and cope with it in a passive and defeatist attitude, or one can embrace the adventure and join the cause. Dauntless promotes the latter. The book is available, in both English and German, on legiogloria.com – alongside clothing, made in Europe – and, in German, on jotunheimnutrition.de, alongside supplements).

ETN: Besides your three homepages (jotunheimnutrition.de, thegoldenone.se and legiogloria.com), you are, moreover, active on several media platforms. However, we currently witness a concerning development of demonetising and de-platforming. What´s your advice to fight back such cancel culture on the battlefield of social media?

Marcus Follin: Yes, I had a personal Instagram account (thegloriouslion) at 32,000 followers which was removed earlier this year. I did not have any violations on the account, nor was any explanation given for removing it. I also got my Facebook fanpage, at 22,000 followers, removed. However, I know that it was removed because of who I am, and because I have taken a stance for European civilisation. I am, as for now, still on YouTube. My channel there is named The Golden One and has 110,000 subscribers. However, I am shadow-banned, which means that due to various tweaks in regard to algorithms, I can’t reach out to a new audience in the way that I used to. This is why I have switched focus to Odysee (username thegoldenone), which is a new video platform that promotes freedom of speech. The old mainstream social media platforms are no longer places for dissidents. Moreover, YouTube is moving in a direction that is bad for any type of political commentary, right or left, since they want to cater to large corporations instead. The best way to fight back against cancel culture is simply to not allow it to happen. By switching to and promoting alternative platforms, such as Telegram, Gab, Minds and Odysee, the loss of an account on an old mainstream platform is less keenly felt. I was fortunate in that I could get many of my Instagram followers over to Telegram in good time. Now I am doing my best to promote Gab over Twitter, Minds over Facebook, Odysee over YouTube, and, of course, to continue promoting Telegram. It is also important to point out to one’s followers that they have an option to follow along to the new platforms. As long as there is an audience, content creators can continue to produce content. So, to conclude, cancelling on social media works as long as the audience of an account does not come along to a new platform. If the audience migrates to the new platform, the cancelling has failed.  This is also one of the reasons I only sell Dauntless in physical form. I want as many copies of it to be out in the world as possible. So, even if I get banned from more platforms, my teachings are still available. 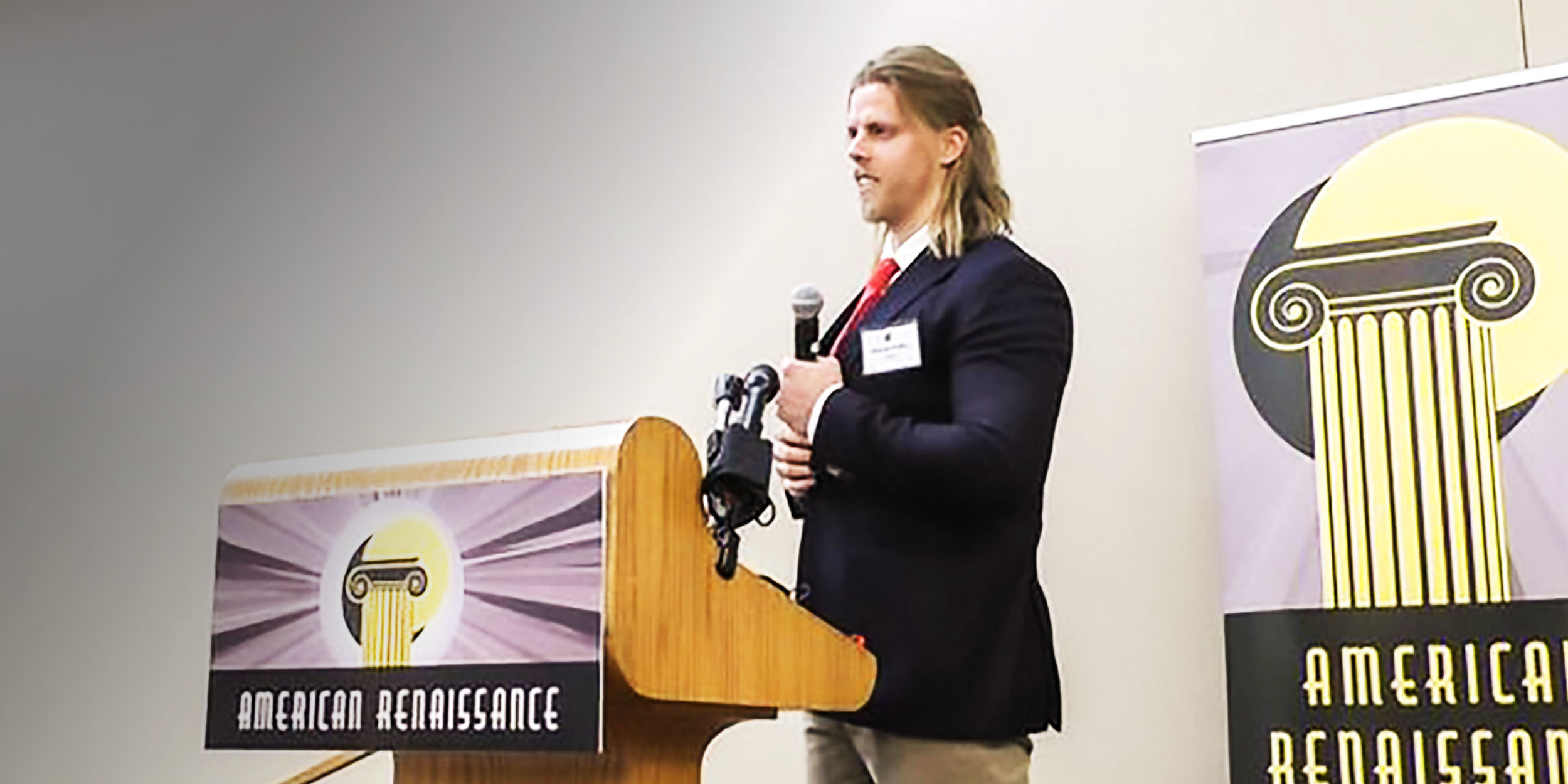 ETN: Despite your personal projects, you are – at least as far as I know – not only a single combatant isolated, fighting for his own, but are parallel-connected in organisational, political activities. In which sectors are you networking? Respectively, what structures do you support actively?

Marcus Follin: That is correct. I am merely one actor. Via my influence and reach, I try to promote other content creators on the European side. This includes musicians, political commentators, politicians, organisations, businesses, etc. Moreover, I am on the board of Det Fria Sverige – the Free Sweden project – which is an organisation that represent Swedes in Sweden. It might sound strange that such an organisation is needed, but in an ever more fractured society, with Swedes being a smaller percentage of the population for each year, it is good to start preparing for a time when things get even tougher than they are now. Although the lockdowns have made it harder to organise events, I am happy to say that we have hosted quite a few over the last two years in our House of Swedes, a large facility that members of the organisations have helped restore, with great results. I have held self-defence seminars in the house, as well as speeches. Another organisation that I look forward to working more closely with is Europa Terra Nostra. I am a firm proponent of European unity, since we are all in the same situation, and we need to corporate if we are to change the trajectory of European civilisation worldwide. Moreover, in my own metapolitical and cultural work, I seek to facilitate networking opportunities for like-minded men. I have done this via MMA training sessions in Sweden the last few years. Also, I am always happy to hear about good men spotting each other wearing Legio Gloria clothing or having Jotunheim Nutrition shakers in gyms.

ETN: Last, but not least, a question regarding more programmatic content. Besides the main threat of replacement by foreign infiltration, how vital are cultural aspects in national and European politics, and what are the pathways for a survival – or even revival – of traditional values and customs?

Marcus Follin: Many Europeans are rootless. This is a reason they do not see any issue with the demographic replacement that is taking place. As soon as Europeans start identifying as being a part of a civilisation and a bio-culture, I am certain more people will take issue with a foreign takeover. After all, why would anyone care that a certain population – native Europeans – gets replaced if one identifies as an atomised individual? So, the cultural revival is a necessary component in promoting pro-European policies. In regard to a more traditional lifestyle, I believe that many men and women will naturally gravitate towards it in the coming years. Nihilism and decadence are losing their flavour, especially for women. We now have many older women who have been tricked into pursuing a career instead of focusing on family. Seeing how unhappy they are will probably make younger women re-evaluate their own goals. Similarly, many men are realising that being a husband and a father is more fulfilling and rewarding than the bachelor, party lifestyle that is being promoted in contemporary culture. One of my personal aims is to promote the image of the father as something to strive for.