"Mass Immigration Lays the Foundations for Jihadism in Europe!"

The threat to Europe from Muslim immigrants and culturally-parallel societies has a history that is primarily rooted in the abandonment of one's own core European identity and mass immigration. Following the recent acts of terrorism in Austria and France, Alexander Markovic spoke with influential French right-wing intellectual Alain de Benoist about this topic. 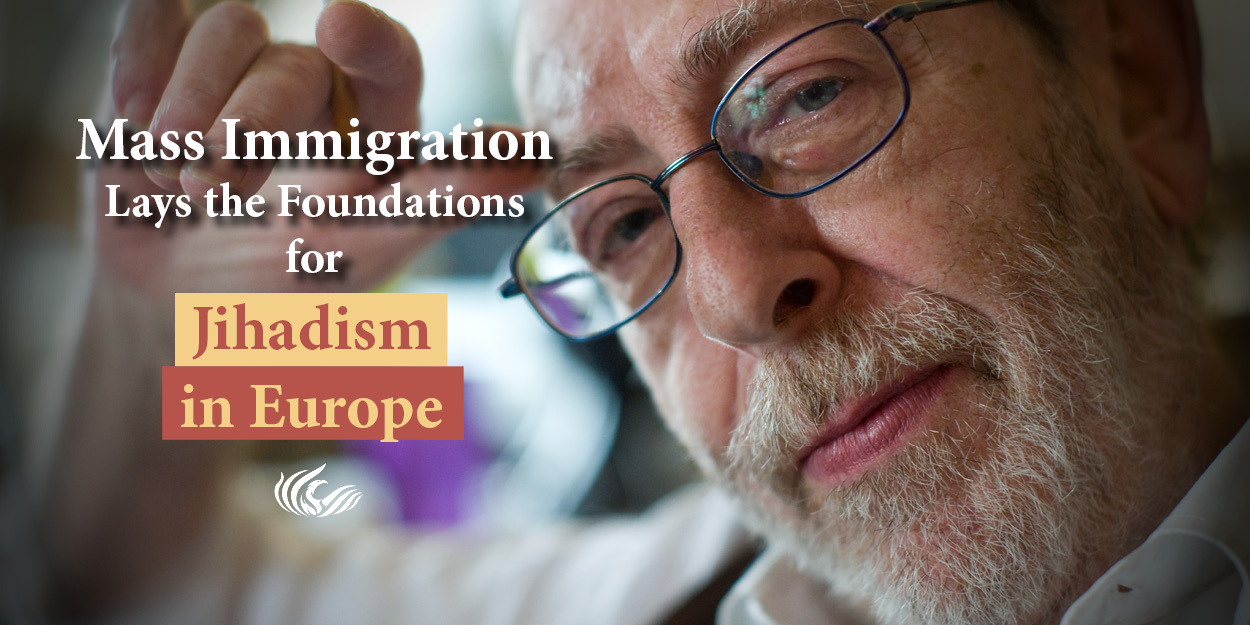 The murder of the history teacher Samuel Paty has caused horror in France. President Macron has now announced a fight to preserve secularism and against "Islamic separatism". How do you explain the sudden change in Macron's rhetoric, which, until now, has always stood for a "vivre ensemble" between the French state and the immigrants who preserve their faith?

The decapitation of Samuel Paty, followed by the bloodbath in the Basilica of Notre Dame de Nice (three people were killed with a stabbing weapon, one of them even decapitated) marks a new stage in the long list of Islamist attacks in France. These have soon claimed 300 lives. Emmanuel Macron has indeed adopted a new tone which is much tougher and more war-like than anything he has said in the past. He may have grasped the full extent of the situation, but he also knows that the 2022 Presidential Election is approaching, and he feels obliged to respond to public opinion. He knows that people can no longer put up with all of this. They are now facing two types of virus – COVID-19 and terrorism. And in both cases, there is no vaccination!

However, one has to doubt the French President's resolve. Macron has already said several times that "we are at war". When you are at war, the first action is to determine the enemy, or one refuses to do so, as he has done for more than 15 years. Today, Macron denounces "Islamic separatism", but this is totally ridiculous. The Islamists make no territorial claim at all. They just want to establish a counter-society that extends as far as possible to civil society. Macron has also said that the Islamists attacked "the Republic", which is also completely absurd. Samuel Paty was not murdered because he was a "republican", but because he was considered an "infidel" and a "blasphemer". 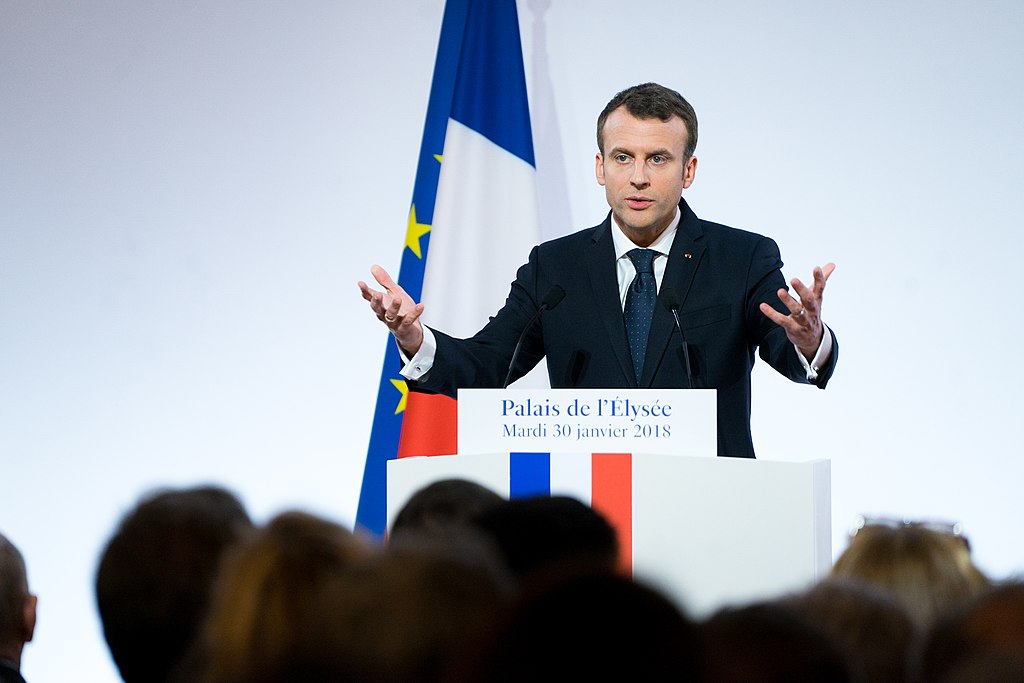 When you go to war, you must also have the will and the means to fight it. At the moment, we are far from that. You will see arrests, prohibitions and deportations, but I doubt that this will be enough to solve the problem. Macron still refuses to talk about immigration, which means he wants to deal with the consequences without tackling the root of the problem. But the truth is that uncontrolled mass immigration is now the breeding ground for jihadism. The problem is complicated by the fact that its power is limited. It is often believed that if the head of state decides to stop immigration, it would be enough for things to turn for the better. In France, however, the head of state would be confronted with the power of the judges, for whom the ideology of human rights takes precedence over the political interests of the national community. His decisions would be overturned by the Constitutional Council, the Council of State or the European Court of Human Rights.

This poses a huge problem. You cannot wage war with legislation designed for peace. In a state of emergency, the usual legal norms are obsolete. For this reason, many people do not shy away from questioning the principles of the rule of law, which has never had such an awe-inspiring position in France as it has in Germany. If we want to put an end to the beautiful phrases, the prayers and the minutes of silence, the flowers and the candles, politics must stop being subject to the law. The same principle is at work here as in democracy. Democracy is not liberalism. It is not synonymous with the rule of law. Democracy means popular sovereignty. General de Gaulle said, "In France, the people form the Supreme Court! More than 75% of French people today believe that immigration must be stopped. It is up to the state to decide how to implement the wishes of the people.

In a speech on the 2nd of October, Macron described secularism as the "cement that unites France". However, how can laicism unite France when France has a long Christian tradition on the one hand and a large Muslim population as a result of mass immigration in recent decades on the other?

A secular state is not a state in which one no longer believes in anything. The principle of secularism is the separation of Church and State. The state recognises all cults, but does not identify with them or promote them. Civil law takes precedence over the laws of faith, and religions are limited to the private sphere, at the risk that their beliefs may be seen as no more than the opinions of others. Since the law of 1905, a kind of consensus has been established to the point that secularism has been considered the "cement of French society" in this sense.

You should also know, as you have invoked the role of the Christian tradition in the history of France, that there are barely 4% practising Christians in France today. Not only has the Christian religion been privatised in France, but it is also in a tremendous decline. The majority of active priests on French soil are now Black Africans. In any case, the Catholic Church today has become a religion whose largest battalions are in the Third World, which, moreover, corresponds its universalist vocation – the "People of God" knows no borders. The problem is that the decline of the Christian religion is accompanied by a tremendous growth of the Islamic religion. The churches are empty, the mosques are full, and the Muslims do not accept that they are not allowed to live their faith in public space.

Interior Minister Gérald Darmanin has named the communitarian „shelves“ in French supermarkets as the scapegoat for the division of French society. As a thinker who has dealt extensively with the concept of communitarianism, for example in We & the Others, would you agree with this statement?

Gérald Darmanin's polemical explanation is simultaneously demagogic as unintelligent. The fact that Muslims want to eat halal, just as Jews eat kosher, does not help to undermine public order. If they cannot stock up on food in the special departments of the big department stores, they will go to shops that only sell halal goods. We must not fixate on such trivial things if we want to understand the replacement of the people we are witnessing fully.

I would add that there is a significant misunderstanding in the use of the word "communitarianism". This term is used to describe the ways of life within the global society that seek to explain secession from the rest of the country, the emergence of lawless zones or enclaves, etc. But the word "community" has a completely different origin. I personally use it in the classical sense, which was given to it by Ferdinand Tönnies, for example, in his famous book Community & Society. In this sense, the community is an association of an organic and holistic type, as opposed to "society", whose foundation is the rational individual in the liberal sense of the term. What is called in the United States the school of thought of "communitarianism" – Michael Sandel, Alasdair MacIntyre, etc. – is quite a different matter. Communitarianism is not intended to make us renounce a return to community and the common good. 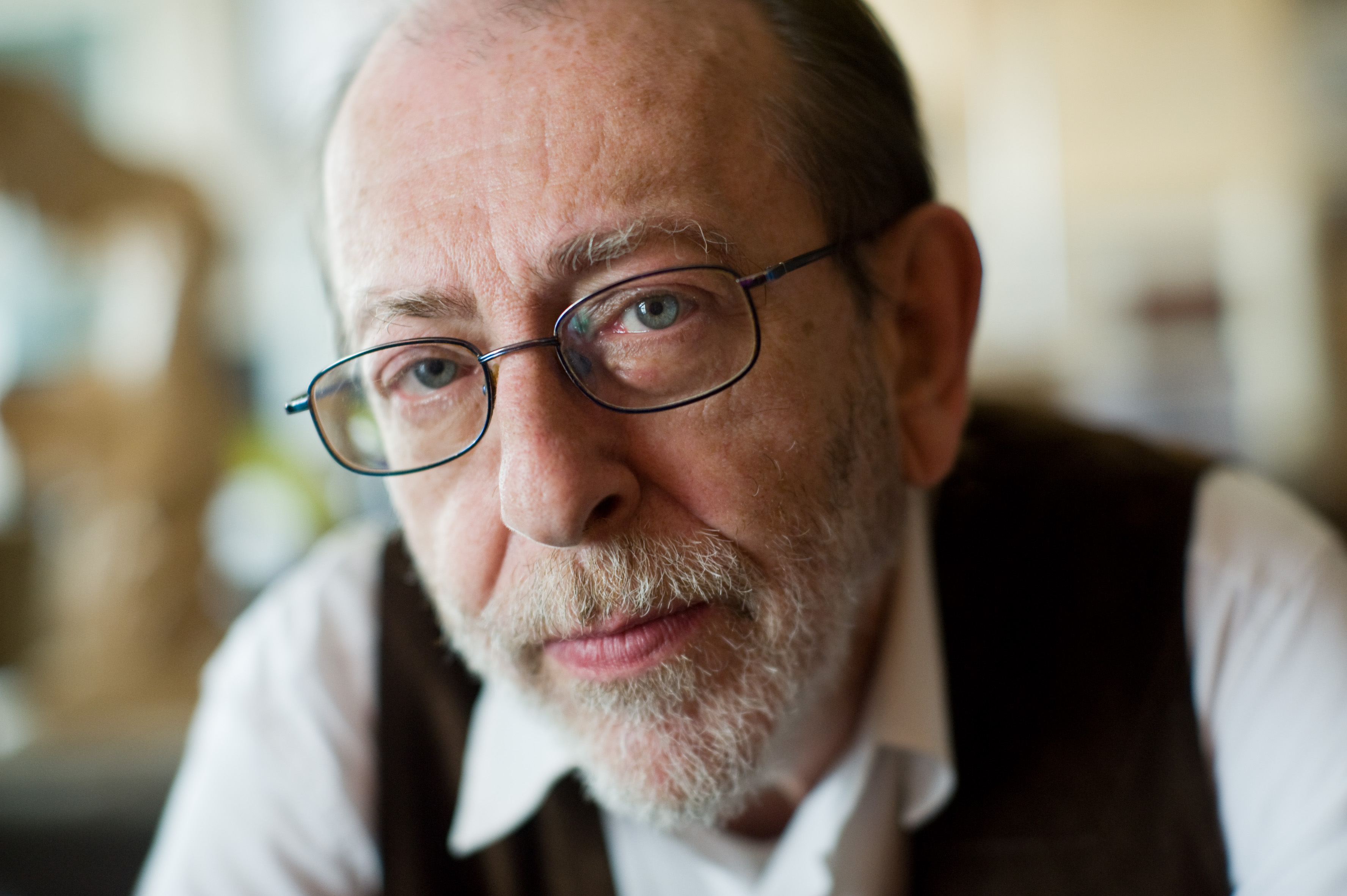 Beyond France's borders, Macron's comments on the cartoons of Mohammed have caused a stir with Turkish President Erdogan. Do you think that the resurgence of French secularism is linked to the conflict between the West and Turkey within NATO?

Macron has also made a great mishap by proclaiming, "We will not give up the cartoons". He gave the impression that he was taking them to his account, and, what is even more severe, that freedom of expression for him as a whole amounts to the right to blasphemy. If he had confined himself to saying, "We will continue to guarantee freedom of expression", the consequences would not have been the same. But if there is a right to blasphemy, there is not automatically a duty to blaspheme. The freedom to blaspheme is one thing; the freedom not to be forced to see what one does not want to see is another. By showing solidarity with the objectively shocking drawings in Charlie Hebdo, Macron has delivered something that the Arab-Muslim world could only consider as provocation.

Erdogan, whose relations with France were already strained because of his role in Syria, Libya, the Mediterranean and Azerbaijan, used the situation to his advantage, allowing him to strengthen his prestige among Muslims throughout the world. The Americans spared him because of his role in NATO, and Germany held back because Angela Merkel is afraid of the reactions of the Turkish minority living on German soil. The lesson France can draw from this situation is that it is time to withdraw from the trans-Atlantic alliance of NATO, which has had no right to exist since the end of the Cold War, except to be the armed arm of Washington's foreign policy.

In conclusion, you can have a strict immigration policy while maintaining good relations with the Arab world. The philosopher Michel Onfray recently accused the French government of being too Islamophilic in domestic policy and too Islamophobic in foreign policy. I think that is a fair assessment.

Thank you very much, Monsieur de Benoist, for your sophisticated designs!

Alain de Benoist – Born in 1943, writer and philosopher. Studied Law, Political Science and History of Religion at the Sorbonne and the University of Paris. Founder of the magazines Nouvelle Ecole (1968) and Krisis (1988), editorial writer for the magazine Eléments, author of some 115 books, 2,000 articles and 800 interviews, translated into 14 different languages. Recent publications: The Populist Moment (2017), What Thinking Means (2017), Against Liberalism. Society is Not a Market (2019), The Leaden Screed (2020). Alain de Benoist is considered the leading thinker of the Nouvelle Droite, the New Right. Together with Dominique Venner, de Benoist co-founded the Groupement de Recherche et des Etudes pour la Civilisation Européenne (GRECE) in 1968.

Alexander Markovics led the conversation and translated it from French. By courtesy of the German monthly magazine Deutsche Stimme.