On the 9th June 2020, the Mayor of London, Sadiq Khan, officially formed the Commission for Diversity in the Public Realm. The Commission was formed for the purpose of “reviewing” various public landmarks in the United Kingdom’s capital city which are dedicated to a number of historical British figures, institutions and events – specifically those which were especially notable in British history between the 18th and mid-20th centuries, i.e. the time of the British Empire. The Commission was also formed during the turbulent period of summer 2020 that saw the race riots and protests across the Western world, following the death of George Floyd in the United States. The decaying of race relations at this time was further worsened following several organised campaigns seeking to damage and destroy various statues and monuments dedicated to several key historical figures of European and North American history. Alongside its so-called “reviewing” of existing British landmarks, the Commission for Diversity in the Public Realm has also stated its intentions to “increase diversity” in London with future landmarks dedicated to figures, institutions and events representative of minority groups. 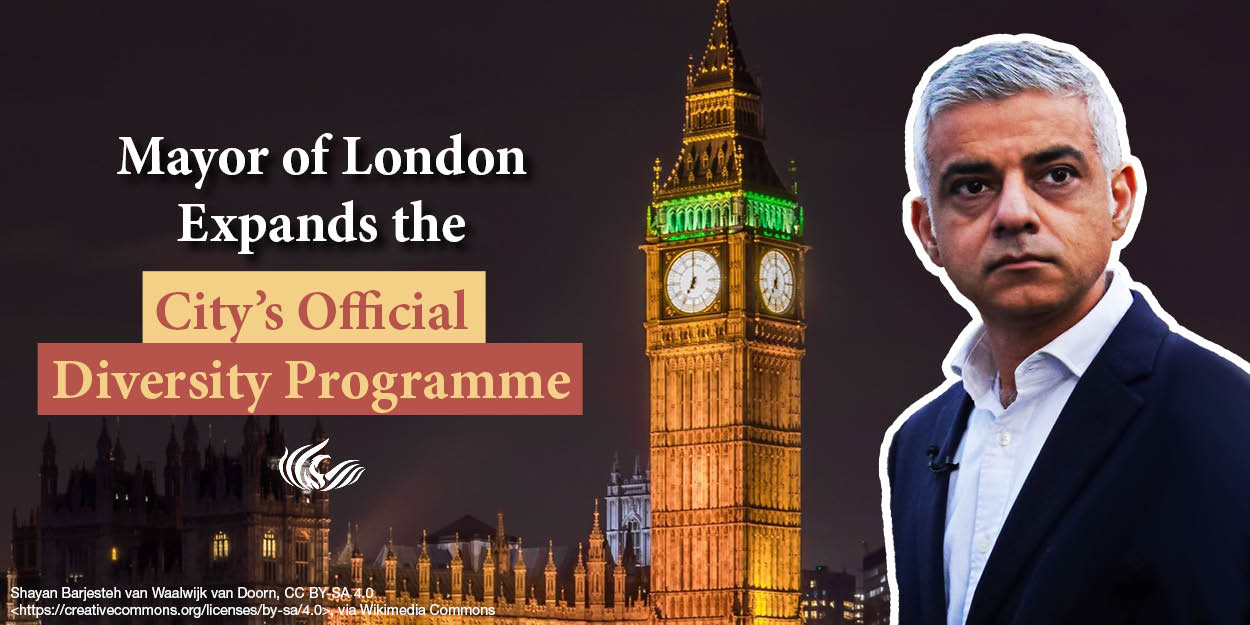 Last week, Sadiq Khan formally announced the appointment of several individuals to act as key representatives of the new Commission. These individuals come from a wide variety of different backgrounds and industries, and they are as follows:

It must be kept in mind that the Commission’s intention is to “ensure that the achievements of London’s diversity is properly reflected across the city”. What this means exactly is still quite vague, as the majority of London’s success as a historical city has largely been due to the efforts of indigenous British people. Since the rise of multiculturalism in London, the city has since become a hotbed for crime and rising tensions between the many different ethnic groups, with the native White British population now officially being a minority group within the British capital city at below 45%. With the next UK census coming up next month, this number is predicted to be even lower.

The most immediate thing that one will notice is that the majority of the appointed individuals for Sadiq Khan’s Commission are of a non-British ethnic origin. One does not need to look far to realise that a diversity commission made up predominantly of ethnic non-British people does not come across as diverse as the Commission tries to promote itself as. Of even more concern is the following statement made by the London government:

The commission will review what currently makes up London’s public realm, discuss what legacies should be celebrated, and make a series of recommendations that will help to establish best practice.

A diversity commission made up of predominantly non-White people created in the wake of the anti-White Black Lives Matter protests being assigned the task of “discuss[ing] what legacies should be celebrated” does not bode well for the future of London’s commemoration of its historic past. It is likely that the outcomes of the Commission’s actions will include – but not be limited to – a campaign of demonisation of the British people and their history and the propagation of a near-mythologised history of non-British people in the United Kingdom. Such a diversity commission will not lead to a so-called “healing” in race relations and “understanding” of British history, but will rather lead to even more ethnic/racial tensions and divisions between the innumerable ethnic groups living in the UK today.