New Anti-Abortion Law in Poland & Tensions in the Streets – The Planned Strategy of Law & Justice?

Poland is a country with the most restrictive anti-abortion laws in Europe. While abortion on demand is legal in almost every EU member state, as well as in some former Soviet republics, abortion on demand is prohibited in Poland. With the except of the Second World War years – as it was legal during the occupation of the Third Reich – abortion was forbidden in Poland until 1956 (it is still very important argument of the opponents of abortion in Poland, who say that abortion in Poland was legalized by Adolf Hitler).

During the post-war communist era, women from Scandinavia traveled to Poland to have legal abortions, as for most of the period in the Polish People's Republic. In the 21st century, Polish women who wish to get an abortion travel to Germany or to the Czech Republic to undergo the process legally. 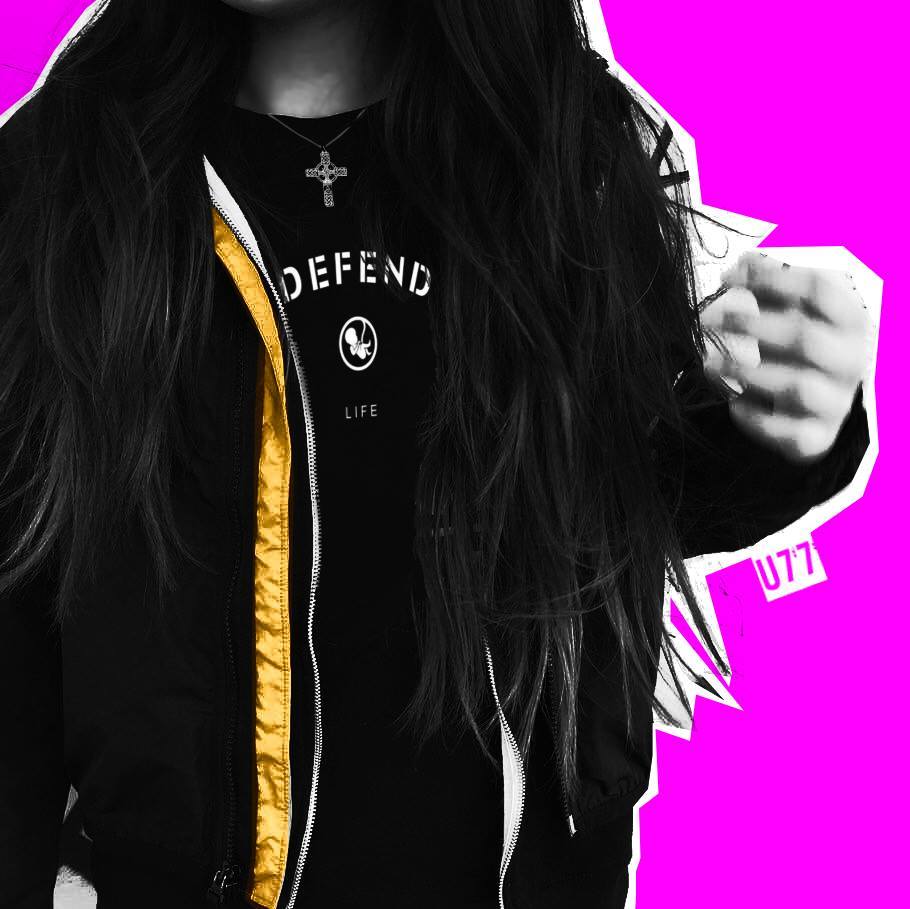 Due to the Act of 1993, abortion was permitted in Poland in three cases:

Moreover, the Polish Constitution (from 1997) states that human life is protected from the moment of conception. Interestingly, such an anti-abortion law in Poland was the result of a broad agreement between socialists from the Democratic Left Alliance (SLD), the right-wing opposition and the Catholic Church, at the time that the laws came into effect. As public opinion polls show, most Poles have been supportive of the abortion compromises for years, although attempts were made to change the regulations for more restrictive ones. Numerous “black marches” organised by pro-abortion activists in Poland forced the ruling Law & Justice government to abandon this idea.

On the 22nd October 2020, the Constitutional Tribunal (being under informal control of the government) declared the laws permitting abortions for malformed foetuses was unconstitutional. The pro-life community seemed to gain a huge victory. However, on the same day, protests began on streets of Warsaw (especially around the house of Jarosław Kaczyński, the leader of Law & Justice, although he officially serves only as Deputy Prime Minister). Over the following days, protests were held in every major city in Poland. On Sunday 25th October, protesters disrupted masses in more than a dozen churches in Poland, as well painted on church buildings in various parts of the country. It came as a shock to many Poles, because, only a few weeks ago, attacks on churches in Poland were difficult to imagine. Moreover, a significant proportion of the protesters were teenagers – mostly girls. It was also shocking that protests were held not only in the liberal big cities, like Warsaw, Wrocław or Poznań, but also in small towns in conservative Southeastern Poland, where the support for the ruling party amounts to around 70%, and over 80 – 90% of the population is religious. 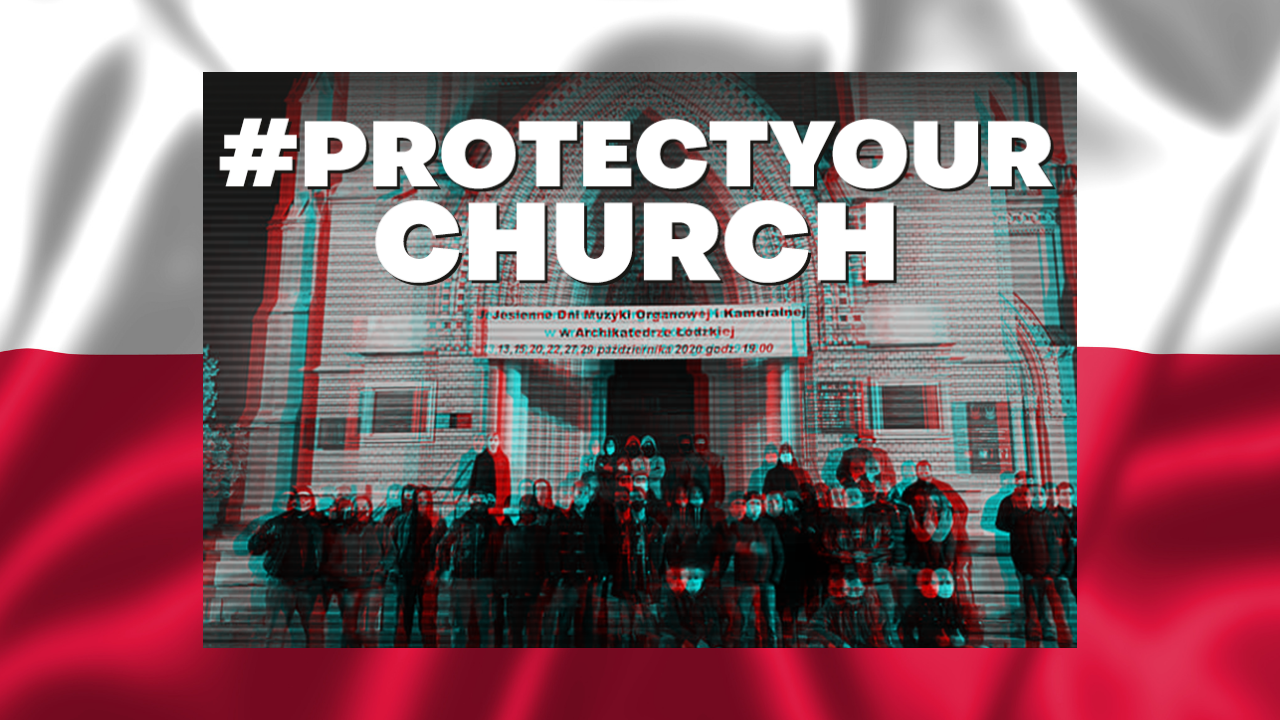 It was also surprising that there was no firm response from the police, who did not protect the churches. This resulted in the organization of self-defense groups among practicing Catholics, nationalists, ideological conservatives, as well as football fans. Guards were organized around church buildings, and some ultras attacked the most radical of the protesters. There were also statements by fan groups, the content of which was quite consistent – “We do not attack women (they have the right to protest); we don’t support the government; we defend churches and traditions; we fight against the radical left. On Friday October 30th, there were serious riots in Warsaw. Football fans and nationalists were particularly motivated by the support of the protesters from the German branch of the Antifa movement. It was obvious that for many it would be a point of honor to confront the German Antifa. The far-left was attacked in the old town of Warsaw, as well in other parts of Polish Capital.

The liberal and left-wing media, naturally, condemned the attacks, while Jarosław Kaczyński called citizens to protect churches a few days earlier. Of course, the responsibility for protecting public property, such as churches, should be the proper authorities, which, in this case, are the police. Meanwhile, there were numerous voices among protesters to refrain from devastating churches and interrupting mass, as this may strengthen Law & Justice, and is not helpful to the cause of the pro-abortionists. Indeed, a large number of protesters have nothing to do with the radical left, who is similar to the Western European left. Moreover, there are many protesters who are not calling for the full legalisation of abortion on demand, but are simply opponents of the new ban, and wish to see the previous laws reinstated. It seems, however, that everything is a clever game of Kaczyński’s. Years of economic development meant that in terms of standards of living, Poland has surpassed Greece, Portugal and, according to some studies, Italy. Unemployment at the beginning of 2020 was almost imperceptible, despite the fact that from 2014, 2 – 3 million immigrants – mainly from Ukraine and Belarus – have settled in Poland.

While young people welcoming 2020 at the beginning of the year were optimistic, the crisis caused by the COVID-19 resulted in economic uncertainty, with many companies going bankrupt and unemployment increasing. Although the economic situation seems more stable than in many Western European countries, dissatisfaction in Poland has been growing for several months. In October, farmers – for many years a source of many votes for Law & Justice – moved to the streets of Polish cities. Moreover, they attacked the offices and houses of deputies from the ruling party, including pouring out slurry such as fertiliser everywhere. In addition, the number of people infected with COVID-19 increased in October. Around 10,000 – 20,000 new infections are recorded every day, while it did not exceed a thousand a day in the spring). It resulted in the restoration of the obligation to wear facemasks in the street and a partial lockdown (restaurants and gyms were required to close). Entrepreneurs also took to the streets, expressing their dissatisfaction for the ruling party and voicing favor for the Confederation (Konfederacja) movement, which is the only political movement in Poland opposed to the introduction of a new lockdown, and attracts entrepreneurs with its economic program (low taxes, economic freedom, etc.).

Jarosław Kaczyński, however, knows how to play out the political situation in Poland. During the five years of Law & Justice rule, nothing has been done to tighten the anti-abortion law in Poland. Contrary to the opinion of the Western European media, Poland is not ruled by "Catholic traditionalists" or "Catholic nationalists". The rhetoric of Law & Justice is not common with its interior policy. Unexpectedly, the decision of the Constitutional Tribunal was made at a time of radicalization for Polish society – everything according to the divide and rule tactic. There is no topic in Poland that could divide society more. Although most Poles are opposed to abortion on demand, most still support the compromises of the 1990s. Paradoxically, the government has gained several weeks to push through unpopular bills or introduce a hard lockdown. It is very likely that as a result of mass protests, the number of infected will increase additionally, and that the government will blame the opposition for a new spike in COVID-19 cases.

Moreover, attacks on churches can paradoxically strengthen the position of the ruling party, which will present itself as the last bastion of security and order in Poland. In this context, we can understand why illegal demonstrations and the devastation of churches were not obstructed by the police for several days. The mass protests presented as “the end of Kaczynski's rule” can be very beneficial to him and his party.

Interesting events will take place in Warsaw on the 11th November. The organizers of the annual Independence Day March have decided not to cancel the event – despite the COVID-19 pandemic – and football fans from all over the country have also announced their participation. At the same time, this year's poster of the Independence Day March was presented. It depicts a Polish knight piercing a rainbow star with his sword. Thus this year's demonstration is to focus on the fight against the LGBT community, gender-based liberalism and feminism. Such issues are of great concern to many people in Poland. Although Rafał Trzaskowski – the liberal Mayor of Warsaw representing the Civic Platform party – would like to cancel the demonstration, his efforts only motivate patriots further to participate. The government is unlikely to stop the march from going ahead. A few years ago, the Polish President Andrzej Duda himself participated in the march. However, we can also expect numerous counter-demonstrations by the left, which may cause serious riots in Warsaw. It seems that the government will not try to prevent people from partaking in the march, but may seek to escalate the social conflict in order to fall line with the principle of divide and rule. 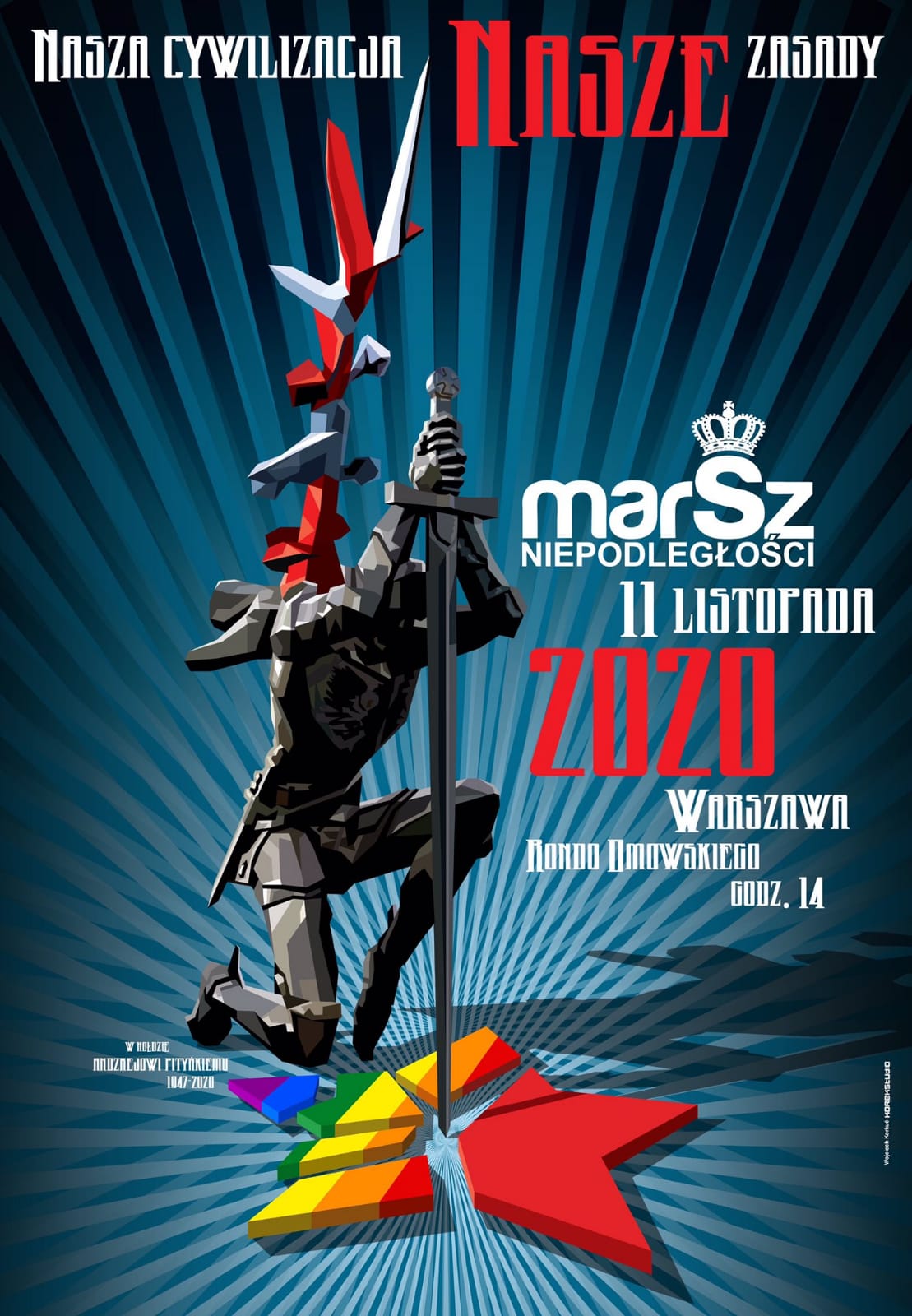 Poster of the Independence Day March: "Our civilisation, our principles"

Another tactic of the ruling party is "two steps forward, one step backwards". A few days ago, President Andrzej Duda has declared his support for the partial revocation of the decision of the Constitutional Tribunal. In some cases, eugenic abortion would still be possible. If his project is successful, it will cause dissatisfaction for pro-life movement in Poland, but many protesters will be back at home, even before the hard lockdown has even begun.