New Pact on Migration – Nationalists Called Upon to Resist

The President of the European Commission, Ursula von der Leyen, has announced that the EU's long-awaited new pact on migration would be unveiled next Wednesday. "Yes, in fact, we decided to forward the new migration pact to next week, the 23rd of September," she said at a joint press conference with Germany's chancellor, Angela Merkel, on the 15th September. 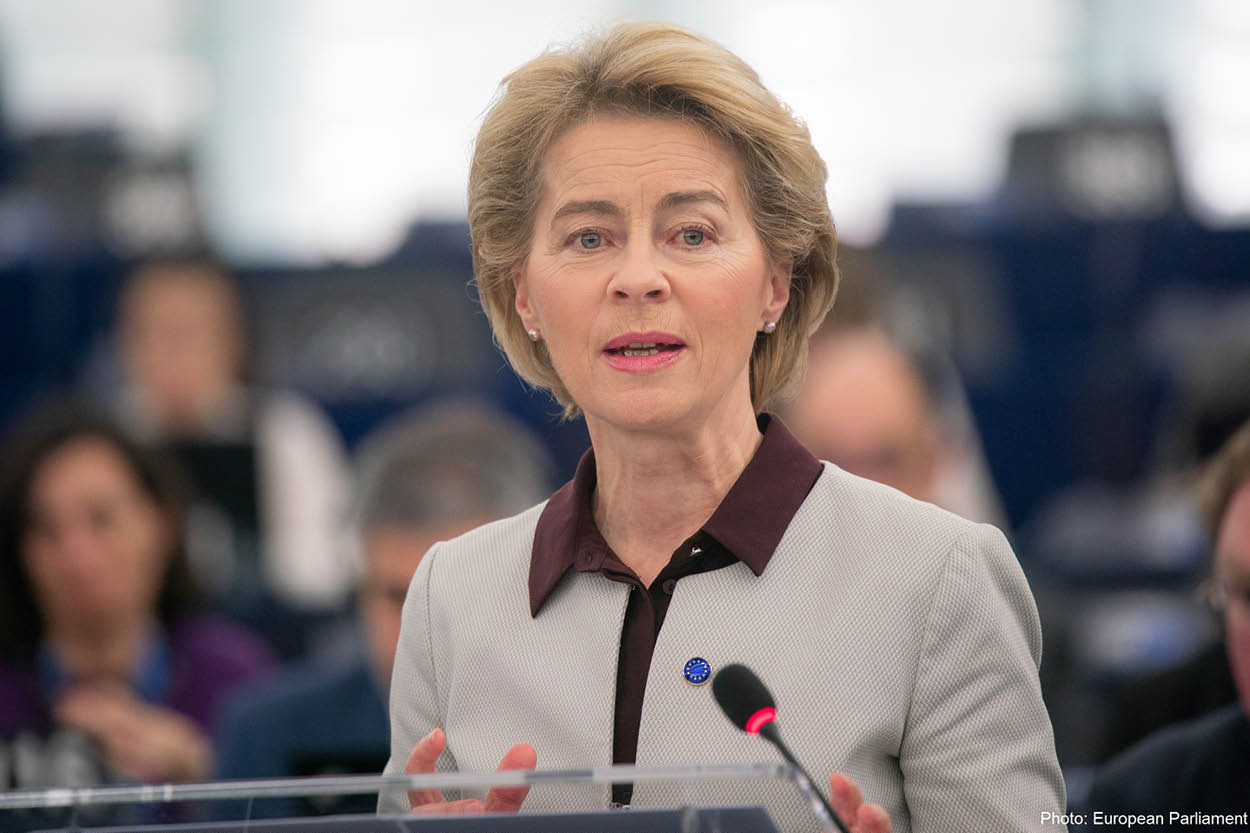 Ursula von der Leyen during a speech in the European Parliament.

According to Vice-President of the European Commission, Margaritis Schinas, the European Commission has compared its forthcoming pact on migration to a house with three floors. The top floor of this metaphorical house in question represents a concept Schinas described as a "system of permanent, effective solidarity”. This system aims specifically to help spread the number of migrants entering Europe across the entire continent. As is often the case with the European Union, this proposed system had been put forward with little consultation with the bloc’s own member states – a large number of them explicitly expressing displeasure at the concept of being effectively forced to accept a large number of migrants from outside of Europe, when they would otherwise openly refuse to do so.

Despite the recent arson attacks at the migrant camp in Moria, Greece – an establishment which is fully supported by the pro-migrant left-wing and liberal governments of Europe – the former Greek military facility gave alleged evidence of Brussles` “successful” dealing with the ever-continuing waves of migrants setting foot en masse onto European shores. Due to Brussels’ view of Moria as a key part of its policy-making around the migration crisis, the European Union has provided €2.6 billion of its own funds to support further migration into Greece. To what end, however? To the end goal of opening up the borders of every European nation to endless waves of migrants from outside of Europe, and without standing up to the task of sending these newcomers back to their lands of origin, with the aid of genuinely strong and effective border security forces. Furthermore, upon being questioned as to why the living conditions for the migrants in the camp in Moria were so poor – despite the EU pumping so much money into the maintaining of the camp – a spokesperson for the European Commission declared – according to European online news site EUobserver – that the situation in the camp had been complex for as long as the migrant crisis had been ongoing, and that Greece is awaiting further funds from the EU, in order to support the country’s efforts in handling the ever-increasing waves of migrants.

A homogeneous European population is the main pre-condition for social cohesion in Europe.

What is even more alarming is that the European Commission’s trade unions, chambers of commerce and employers' organisations strive to increase and hasten the integration of migrants into the European labour markets – completely disregarding the long-term problem of unemployment and domestic labour shortages in many European states. In a joint statement released on the 7th September, the aforementioned institutions highlighted areas for future focus, and expressed interest in co-operating further in the area of labour migration as part of the European Partnership on Integration, which was launched in 2017.

Commissioner for Jobs & Social Rights, Nicolas Schmit, stressed that the European Pillar of Social Rights did not concern itself with where people hail from, and claimed that the training of migrants, and providing them with access to quality jobs, were crucial for the social cohesion of Europe. Since the launch of the European Partnership on Integration three years ago, the European Commission has financed projects supporting the integration of migrants from their initial arrival to Europe up to the workplace. Such financed programmes included skills assessment, training and job placement, confirmed Ylva Johansson, EU Commissioner for Home Affairs. “Better using the skills and potential of refugees and migrants makes our labour markets more inclusive, and contribute to the prosperity and cohesion of European society”, Johansson continued.

However, on the contrary, safeguarding a workforce made up of indigenous Europeans – as well as a predominantly homogeneous European population in general – is the main pre-condition for true prosperity and social cohesion in Europe. Nationalists all over Europe must begin co-ordinated resistance against the impending dangers of Brussels’ forced replacement policies.

Let Us Raise Our Voices for a Pact of Repatriation – Join Europa Terra Nostra, to Fight Against Foreign Invasion