New Wave of Feminist Movement Begins in the United Kingdom

On the 3rd March, 33-year-old Sarah Everard disappeared in London. Her disappearance quickly caught the attention of the British public, who flocked to social media to spread awareness and information about Sarah, in the hopes of aiding the authorities in quickly finding her. On the 9th March, a police officer, Wayne Couzens, was arrested on suspicion of Sarah’s kidnapping and potential murder. Tragically, Sarah’s remains were discovered on the 10th March in a woodland near the town of Ashford, in the English county of Kent, south of London. The investigation is ongoing, but while the fate of Sarah Everard is without question one of absolute tragedy and deep sadness, what members of the British public ultimately sparked in the wake of her initial disappearance is also without question utterly unacceptable. 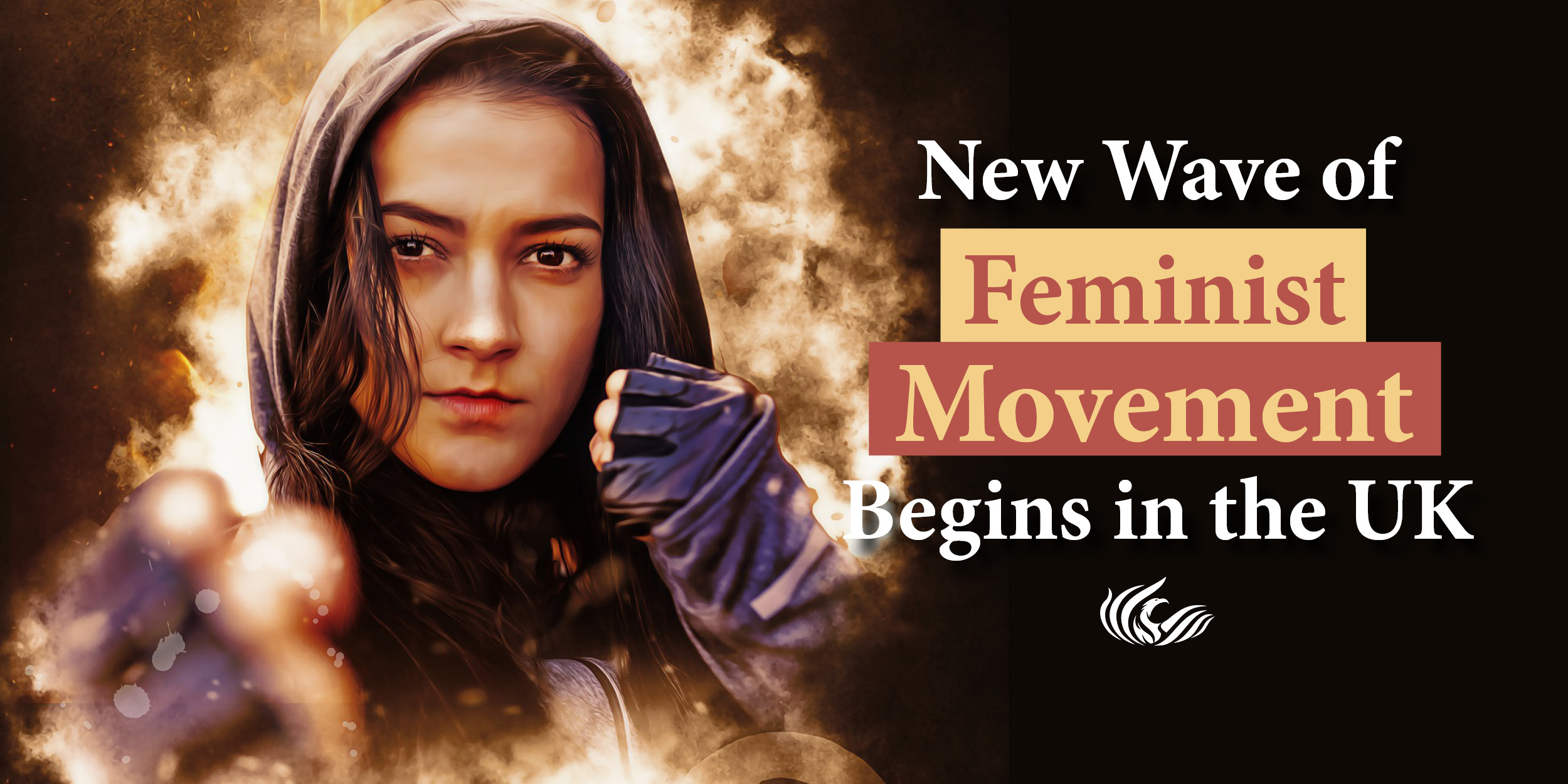 By now, most of us are aware of the #MeToo movement, which first came to fruition in 2017, intended to draw global awareness to sexual violence against women. Following the disappearance of Sarah Everard, a similar movement is now taking place in the UK. However, this time, the movement is far more aggressive in its rhetoric. Much like how last year’s Black Lives Matter movement created a new wave of anti-White sentiment, this new feminist movement taking place in the UK has turned to outright anti-male sentiment. Just a quick look on social media platforms such as Facebook, Twitter and Instagram will show one exactly how rapidly this new wave of anti-male feminism is spreading. Even before Sarah Everard was discovered dead in a woodland, feminists quickly resorted to unleashing a barrage of messages and posts online, telling people that “all men need to do better”. But what does this mean? In what way should “all men need to do better”? Why should all men be held accountable for the actions of actual sex offenders?

Walk on the other side of the street

According to the countless viral social media posts, the message being promoted is that while feminist activists admit that indeed not all men are sex offenders, somehow all men are in some way responsible for “not doing enough” to make women feel safer in society. These feminists also perpetuate this notion that every man is a potential molester or rapist, and that even men who are categorically NOT sex offenders are still “part of the problem” if they do not “actively do better and work against this problem”. Expectedly, exactly what all men should be doing to tackle the problem of sex offenders in society is a question that has little to no coherent answer from the feminists who made such a request from men in the first place.

Some of the more extensive of viral posts on social media relating to this movement have expressed entire lists of demands from feminists in what men should be doing to tackle the issue of sexual harassment and sex attacks against women. Such posts give examples such as these:

The list of demands go on and on, and at some point men should be asking themselves the obvious question that is, “Exactly WHAT are we expected to do?” Are men expected to become vigilantes, walking around at night and patrolling the streets, looking for potential sex offenders to pursue? Are men expected to act as bodyguards for women as they walk home at night? Are men expected to follow a set of rules and guidelines when around women at all times, as if they’re avoiding women just as much as they are avoiding catching COVID-19, with added social restrictions and distancing measures? These questions and many others must also be asked, in response to these feminists, for their “solutions” to the problem come with even more questions and problems of their own.

All men must be held accountable

At the end of almost every such post, the message is the same – “it may not be all men, but since it happens to women so often, all men must be held accountable, and the men who do/say nothing are part of the problem. All men must do better!” Apparently, if you are a man and do not “do/say something against the issue of sexual violence”, then you are to be considered almost equal to actual molesters and rapists. In this case, this almost every man in society, as most men are not activists for the cause of modern feminism, but are instead focused on looking after and providing for the women already present in their own personal lives, such as mothers, wives, daughters, etc. – women who indeed must be protected.

The message perpetuated by modern feminists is not the type of message that will aid any cause, no matter how justifiable. Instead, such an aggressively anti-male campaign risks creating a society in which all men are considered to be potential rapists and possible murderers of women, thereby creating an atmosphere of needless – and dangerous – fear, paranoia and anxiety amongst women against men.

Amongst all of this, there is a curious detail to take into account when looking at how intense this new feminist movement is against the problem of sexual violence against women. Going back to an “old” – yet ongoing – set of events, it is no secret that there exists a terrible situation in the UK in which whole gangs of human traffickers and sex offenders – predominantly from the Middle-East and North Africa – kidnap young girls from the streets of the UK and keep them hostage as sex slaves. This horrific problem has persisted for a number of years now, with hundreds of victims, yet there has been no such public outcry against these events. Similarly, when the number of sexual assaults against women – and even children – spiked significantly, following many European countries’ acceptance of migrants from outside of Europe, little to no public outcry outside of nationalist circles has taken place on such a level that we are seeing in the UK currently. Why is this? Why is it that modern feminists are willing to turn a blind eye to ongoing repeated cases of sexual violence against women, yet are suddenly driven to fits of anger and action following the disappearance of one woman from London? The first answer that many of you may be thinking is that it is more of a taboo area to venture into if the culprits are not native Europeans, for the issue would then lead to larger heated discussions about issues such as immigration and multiculturalism. This is undoubtedly one of the reasons, but it could also be argued that such a strong public reaction could stem from the public responses to the issue of race relations in the wake of the Black Lives Matter protests last year. If the BLM movement can spark such widespread anti-White sentiments for their own benefit, why can’t the modern feminist movement do the same, but with an aggressively anti-male rhetoric? After all, intersectional feminists played a significant role in circles which supported the BLM movement last year, claiming that “real feminists support Black Lives Matter”. Other such social justice groups – such as the LGBT community – have also been dragged into such public outcries.

We can only wait and see exactly how far this new feminist movement goes in its aggressive anti-male rhetoric, but so far, it has already gotten to the point where one peer of the UK’s House of Lords – Baroness Jenny Jones of the Green Party – even went as far as to suggest that there should be a 6:00pm curfew for all men, in order to combat against sexual violence against women and “discrimination against all kinds”. Because banning an entire gender from leaving their homes after 6:00pm will eradicate everything from racism, sexism, homophobia and everything in between, apparently. Following massive public backlash against her statement, Baroness Jones claimed that her suggestion was not to be taken seriously, and that she was only attempting to “make a point”. Exactly what point that she was attempting to make remains unclear.

In today’s society of extreme feminism – a form of feminism which, ironically, does more to demean the image of women, rather than empower them – we can only expect their anti-male rhetoric to become ever louder and more ridiculously demanding. Women in society – especially in a nationalist one – do indeed have a place, and are just as valuable as men, and history has proven time and time again that a woman need not become a man-hating, far-left and “anti-patriarchy” activist to powerfully contribute to society and European civilisation as a whole. Just take a look towards such inspiring women of Europe as Joan of Arc, Elizabeth I and Catherine the Great, among many others.