With each passing month, new reports emerge of people on various mainstream social media outlets being censored and/or outright banned for a variety of reasons. Normally, one would expect that these individuals and groups have had their accounts removed following violations of community guidelines and/or terms and conditions based around the posting of content which are violent, pornographic or pro-extremist in nature. Alas, the majority of new cases of account censorship and/or banning come as a result simply of these users posting content expressing views and sentiments which the respective social media outlets deem to be “inappropriate” or “extremist” in nature. When we refer to this content that is deemed “inappropriate” or “extremist” in nature, we are not referring to content that promotes any form of genuine violence, extremism, hate speech, etc. whatsoever, but rather content that merely goes against the mainstream narrative that is promoted by these respective social media giants – the main culprits being Facebook, Twitter and YouTube. 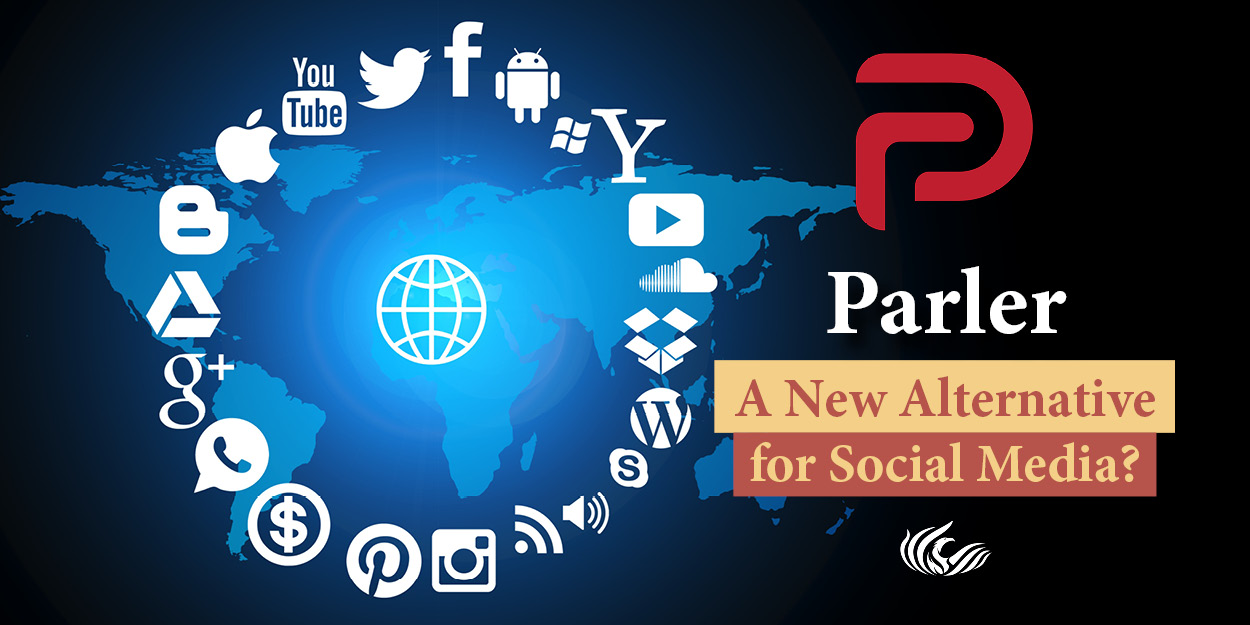 The biggest social media platforms on the internet frequently promote themselves as places that encourage people to express themselves however they see fit, and are frequently expanding the scope of their services beyond merely sharing content (examples include advertisement, shopping, gaming, etc.). However, with cases of censorship and account banning on the increase, the first question that we must ask ourselves is exactly why these instances of censorship and account banning are taking place? We have already mentioned that a significant number of affected users have been targeted because of the particular kind of content that they have shared on these platforms, but what exactly are these types of content? It is immediately noticeable that the majority of high-profile social media users who have been affected are of a more right-wing conservative/nationalist persuasion. If it is not the ideology held by these individuals, then another factor leading to their censorship and banning is their frequent – and, evidently, justified – criticisms of the ever-restrictive moderation policies of mainstream social media platforms.

In a time where Facebook will give you a temporary account ban for posting a humorous meme of even a remotely politically incorrect nature, Twitter will ban your account for uploading a video of crimes and terror attacks intended to be used by the authorities in ongoing cases (allegedly for potentially inciting “far-right extremist sentiment”), and YouTube will demonetise your account for uploading content that is even slightly of a conservative nature, it comes as absolutely no surprise that people will start looking for alternative social media outlets, free from restrictions and rampant moderation policies specifically put in place to silence people of the “wrong” socio-political persuasion. One of the alternatives that is rapidly growing in popularity is Parler.

Parler & the Struggle for Online Freedom of Speech

Launched in August 2018, and with currently over 4 million active users, Parler is an American social media outlet similar in nature to Facebook and Twitter, but with a key difference – it was created largely out of the founders’ (John Matze and Jared Thomson) frustrations towards the restrictions on free speech and expression that is commonplace on the aforementioned mainstream social media platforms (for video-sharing, BitChute has been cited as a good alternative to YouTube). Thus Parler has often been cited as a suitable alternative to Facebook and Twitter, as Parler does not have very many policies surrounding restrictions on what its users can post. Of course, the platform does strongly discourage its users from posting content depicting extreme violence, pornographic images and other content of a criminal nature.

Several mainstream media outlets and organisations – such as Reuters, the BBC, the Anti-Defamation League, etc. – have accused Parler of being a hub for “conservatives, conspiracy theorists and far-right extremists”. However, there are two key things to bear in mind here. Firstly, in a world where mainstream social media platforms and corporate giants will quickly label anybody of a social/national conservative persuasion a far-right extremist, such accusations are commonplace on virtually any media platform. Spend less than an hour on Facebook, Twitter, YouTube, etc., and one will very quickly find numerous examples of people having waves of insults and abuse hurled their way if they even so much as question anything belonging to the mainstream narrative (even individuals who themselves are self-described left-wingers and liberals). Secondly, it is extremely hypocritical of mainstream social media platforms and other corporate giants to accuse smaller platforms of being “hubs for extremists” when the accusing outlets and corporations themselves openly support and promote the messages of various individuals and organisations which genuinely do espouse sentiment which can clearly be regarded as extreme in nature. Antifa and the Black Lives Matter movement are arguably the two biggest examples in 2020. With the former being an anarcho-communist organisation that openly advocates acts of “revolutionary violence”, and the latter modelling themselves directly on the Black Panther movement – which itself was a violent and militarised Black nationalist organisation with very strong anti-White sentiments – one cannot help but wonder exactly where the justification lies for these platforms to accuse Parler and similar outlets of being “hubs for extremists”.

Whichever side of the argument one aligns themselves with, one clear fact cannot be denied – this is the internet, and the internet is a place where literally anybody in the world is able to express their respective views and opinions on almost any outlet online, whether it be Facebook, Twitter, YouTube, BitChute, Parler, Reddit, etc. Virtually every single social media platform out there is accessible to anybody of any political persuasion. Whether you are left-wing, liberal, right-wing or anarchist – or anything in between – absolutely any social media platform out there is there for you to make an account on and start posting away whatever it is that you so desire. The main area where differences are most evident, however, is in the area of content restriction, and it is on platforms which are run by predominantly left-wing and liberal moderators – i.e. the mainstream ones – which are far more likely to impose restrictions on its users than those which are predominantly run by right-wing moderators. It is not an argument against all left-wingers and liberals in their usage of the internet – as internet freedom should be in place for all – but rather an argument against the accusation that alternative platforms, such as Parler, are run by so-called “far-right extremists”. It would be ever so slightly ironic for an alleged far-right extremist to be supportive of freedom of speech and expression when a typical hallmark of an extremist of any kind is to be against freedom of speech and expression. To quote Scottish YouTuber Count Dankula (real name Mark Meechan), during a 2019 stand-up comedy appearance in London, UK – jokingly referring to people who label pro-free speech advocates as fascists – “Do whatever the Hell you want, or else.”

Another factor that is also worth noting here is that if mainstream social media platforms are increasingly alienating, censoring and banning users of a conservative, libertarian, nationalist, etc. background, then it should not come as any surprise whatsoever if these very same people are forced to turn to and congregate on alternative social media platforms, thereby making these platforms increasingly attractive options for people on the political right.

Since its founding in August 2018, Parler has rapidly become one of the fastest-growing alternative social media platforms on the internet. Not only are high-profile right-wing figures such as Paul Joseph Watson, Carl Benjamin (a.k.a. Sargon of Akkad), Alex Jones, etc. joining Parler, but people from various other demographics and socio-political backgrounds are joining as well. In June 2019, Parler experienced a site crash due to a high influx of approximately 200,000 Saudi Arabian citizens signing up and joining the platform. Realising that there is evidently a high demand for access to Parler outside of the United States, the founders of the platform continue to explore ways in which to make it available for a wider and more global audience. Commenting on Parler’s popularity with the political right, founder John Matze has stated:

“It’s pretty easy for demographics to completely swing in a different direction, as you can see with the Saudis joining…Twitter is still a lot of angry people on the left yelling at a lot of people who are in the middle or slightly right-leaning, and the people who are actually moderate MAGA [Make America Great Again] conservatives feel like they are left out of this world and don’t have a home, and that’s why they are coming.”

It remains to be seen exactly how long Parler will continue to see such an exponential growth in users, but if mainstream social media platforms such as Facebook and Twitter continue to impose ever-increasingly restrictive content policies against its users, then it is probably a safe bet to assume that newer and freer platforms, such as Parler, will only continue to enjoy increasing popularity worldwide.

Europa Terra Nostra is also among the growing Parler community, and you can find us on the platform via this link: