On 4th September, French nationalist Pierre Sidos passed away at the age of 93 while in hospital in Bayeux, Normandy. According to his close confidant, and successor as President of the banned L'Œuvre Française movement, Yvan Benedetti, Sidos died with his loved ones by his side. “France has lost one of its best children, and nationalism has lost one of its best soldiers,” was the statement of Bendetti. Despite any and all perceived differences in his methods of promoting nationalism, when compared with the methods of “modern” nationalists, whatever one´s personal stance may be towards Sidos, all – even his opponents – cannot deny that Sidos’ extraordinary life and innumerable activities are worthy of being recognised as truly significant in the modern history of France and French nationalism. 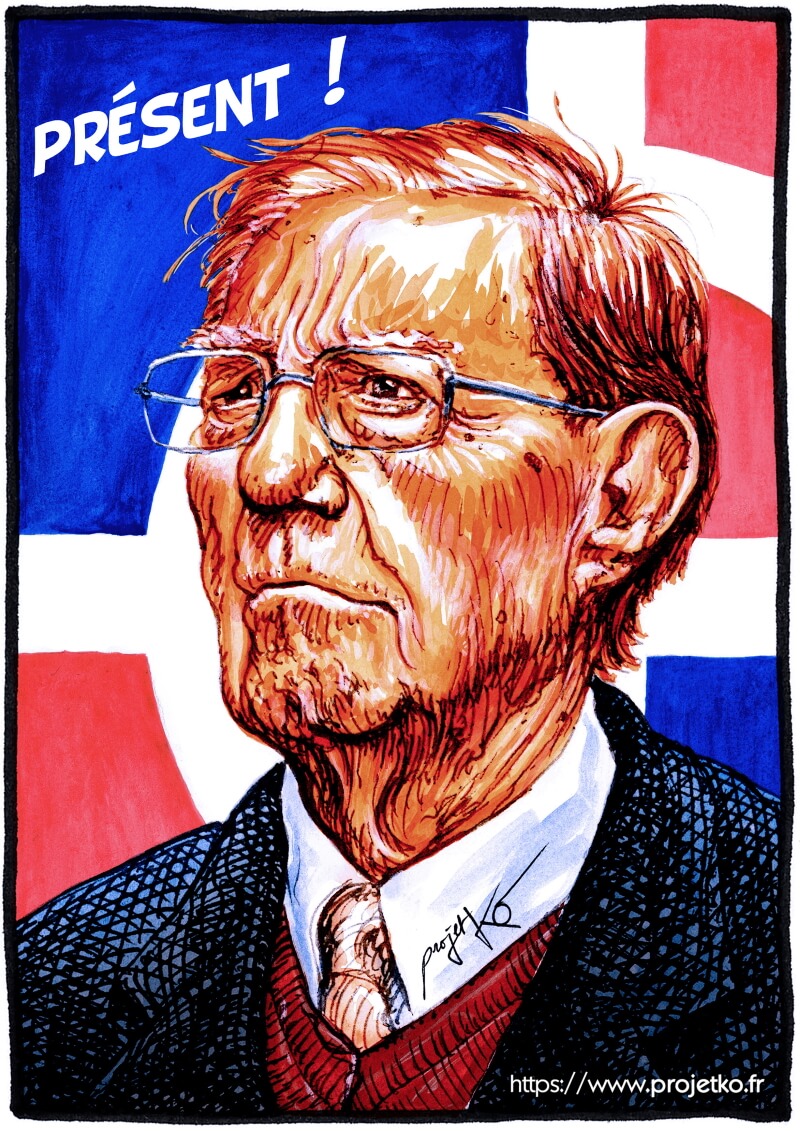 In 1946, Sidos was convicted of joining the fascist Mouvement Franciste during the Second World War, when he was aged only 16. An admirer of France’s wartime leader, Philippe Petain, Sidos started his political career in 1943 under Marcel Bucard, a founder of the Legion of French Volunteers Against Bolshevism (LVF), which was committed to fighting against the influence of Bolshevik ideology in France. Following the war, and his release from prison by the French authorities on the 4th August 1948, Sidos, along with his brothers, began laying down the foundations for what would eventually become Jeune Nation, which Sidos led until its dissolution in 1958. Jeune Nation was the most significant French neo-fascist movement during the 1950s, attracting between 3,000 to 4,000 members, at its peak.

On the 12th February 1959, the Parti Nationaliste, a re-created incarnation of Jeune Nation, under Sidos and Dominique Venner, was also dissolved, only four days after the organisation’s creation/revival. Following this, Sidos lived in seclusion – largely to evade the French authorities – in the western suburbs of Paris, in clandestine contact with putschist generals, but was arrested in 1962, accused of being involved in the Petit-Clamart attack against President de Gaulle. Following his release, Sidos founded the Occident Movement in 1964. In 1968, he set up L'Œuvre Française, and remained its leader until 2012.

Secretary-General of Europa Terra Nostra, Jens Pühse, had personally met Pierre Sidos, and described him as not only a man of significant political interest, but also as a man of great historical significance, regardless whether or not one personally agrees with his political views and/or methods. However, if Pierre Sidos can leave behind one message – a lesson to all nationalists today, young and old alike – it is this – to stay loyal for a lifetime to one´s own convictions, despite any hardships that may come.

Let Us Think in Generations, Not Only in Elections – Join Europa Terra Nostra to Shape a Bright European Future!