Serbia: Wrath of the people

The year 2020 is already set to be remembered for a lot of negative things, but surely the primary association with it will be the Corona outbreak. The Serbs in particularly will look at 2020 all for the negative reasons—the massive influx of migrants who are stranded in Serbia. Neighbouring countries like Croatia and Hungary, both members of the EU shut their borders, and Serbia became an international hotspot for thousands of migrants.

The crime rates in peaceful small towns in northern Serbia and a safe city like Belgrade skyrocketed while gangs of foreign men harras the local Serbs, steal and damage their property, attack people in the streets while having an apologetic government which refuses to punish the perpetrators. The Serbian government is ready to ignore and forgive everything for the accession into the EU, which has become the political agenda and obsession of Serbian President Aleksandar Vucic. 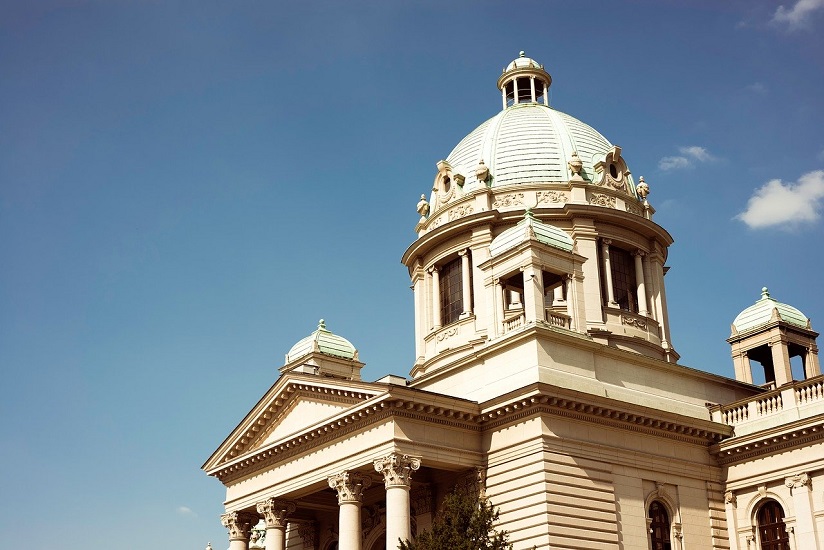 Although Serbia is a parliamentary democracy and the president does not hold any particular political power, Vucic bends the law at his will and that Serbian Prime Minister Ana Brnabic is just a muppet of the political will of Vucic himself.

Vucic is also known as the "patron saint" of crony capitalism and grey economy in Serbia. The Serbs have one of the most struggling economies in Europe and the people wait for a higher standard of living for decades.

Since the end of the wars in former Yugoslavia, regime changes and settling on an EU course, the Serbs had a challenging time going through the Countries transition period with no real and visible steps forward.

President Aleksandar Vucic, on the other hand, established himself as a new Serbian EU despot, boasting about Serbian economic prosperity, development and rising standards of living, without anyone out there to tell the so-called emperor that he is in fact - naked.

Since the outbreak of the Covid-19 virus in Serbia, the government ordered a full-scale lockdown. The measures were so strict that even a mandatory curfew got introduced. Months after the Serbs spent in isolation and as the government seemed to ease up on the Corona lockdown measures, the Serbian government announced parliamentary elections. The Serbs went to the polls on June 21st.

The Corona lockdown, soon after the elections got announced became a voting campaign weapon for Vucic and the established government.

Opposition parties and their voters were purposely discouraged of any pre-election rallies. A real campaign of any serious opposition was cut short from the beginning, and political rallies were either forbidden or shut down. The government claimed that gatherings with a significant number of attendants would become Corona hotspots.

At the same time, Vucic used all the influence over the media to shower the public with his image, giving the representatives of the opposition a minimal appearance on national TV.

The scam worked for Vucic as the opposition called unsuccessfully for a boycott of the elections, claiming that the state and the media are doing everything they can to neutralize all opposition. The election results on June 22nd revealed that Vucic masterfully scammed his political rivals, securing his party the absolute dominance in the Parliament.

Now that we got the power...

Soon after the elections, Vucic announced that he would be introducing Corona lockdown measures, striking a nerve in the Serbian public, some saying it was the final straw. Serbs joined in masses in Belgrade this week to protest against a government which neutralized democratic processes in the country and transforming Serbia into a police state with no regard for the people at all—clashed with the police. The government sent in special police forces to defend the entrance to the surrounded Serbian Parliament but also to violently disrupt protests. The Serbian police went on to beat up everyone on the streets of Belgrade regardless if they are part of the protest or not.

The Serbian people demanded that the government ease up on the corona restrictions and lockdowns, claiming that the Serbian government eases them up at will when elections are to be held, just to reintroduce them as soon as political power is secured.

The riots reached the peek on Wednesday evening as the clashes between the protesters and police culminated in violence not seen since the early 2000s and the overthrowing of former Yugoslav president Slobodan Milosevic.

As the week goes on, the riots do not lose their intensity. The Serbian Ministry of Internal Affairs claims that the riots will reach their peak this weekend as thousands of protesters more are to join those already in the streets.