A wave of oppression has been unleashed against one of Slovakia's most popular parties – Marian Kotleba's People's Party – Our Slovakia (ĽSNS). The People's Party has grown in recent years to become a force to be reckoned with. In the 2019 presidential elections, Kotleba won an impressive 10.39% of the vote, coming in at 4th, out of 16 candidates. In the same year, the party came 3rd in the European parliamentary elections, with 12.07% of the vote, just behind the two plutocratic parties, Direction – Social Democracy (SMER) (15.72%) and Progressive Slovakia (PS)/Together – Civic Democracy (SPOLU) coalition (20.11%). During the national parliamentary elections last February, ĽSNS increased its number of parliamentary seats from 14 to 17, with 229,581 votes.

The popularity of ĽSNS and its activists has provoked outrage from various powerful globalist organizations in the European Union and the United States. The "anti-racism" government committee, VRAX, has converted the National Criminal Agency (NAKA) into a secret police outfit, with even a department specializing in prosecuting "extremists." This effort has been specifically targeting ĽSNS MPs, who are putting up political resistance against the new – yet already unpopular – neo-liberal government. 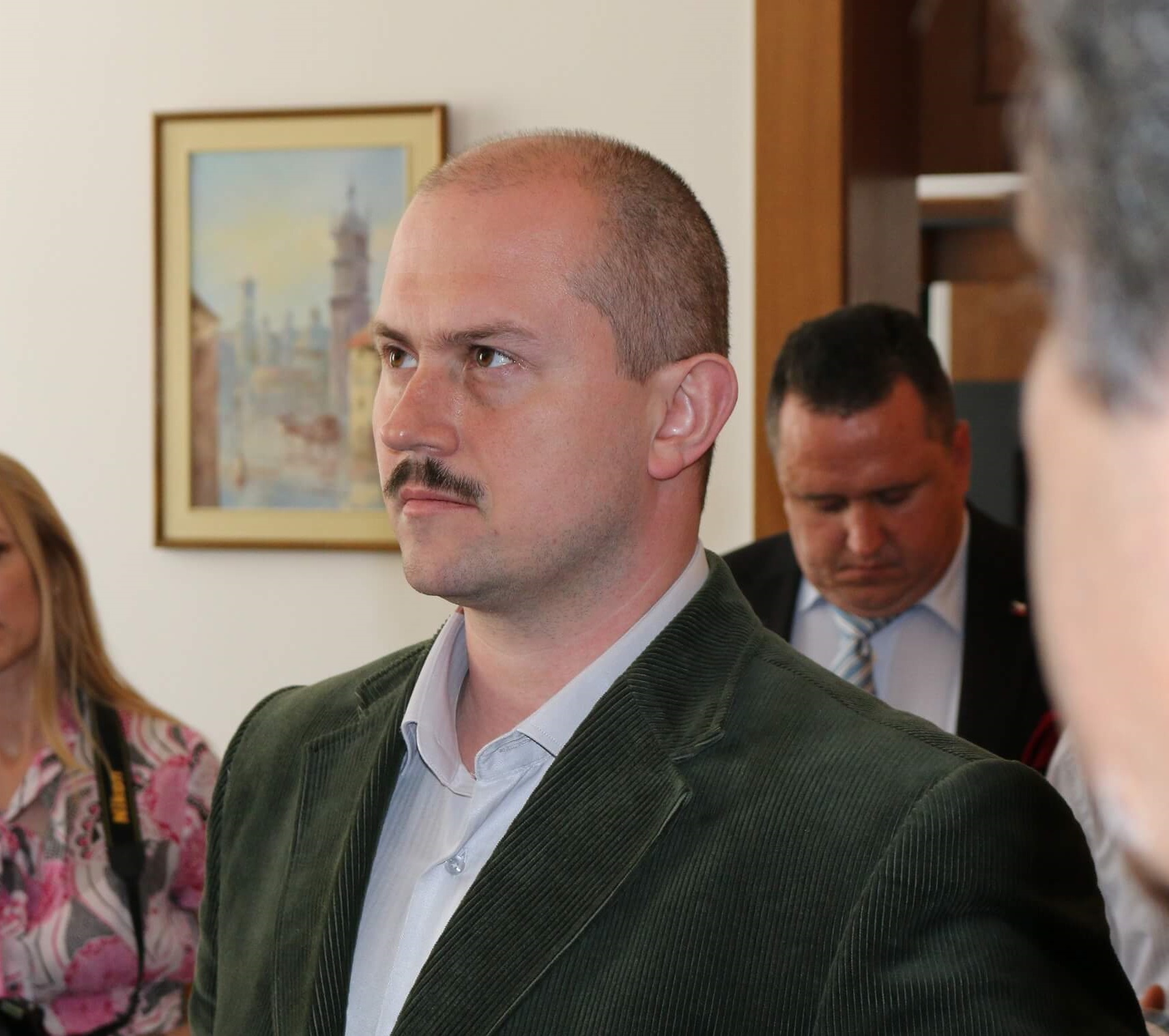 Kotleba was caught in the authorities’ net in 2019, when he handed out cheques to poor families for the sum of 1,488 Euros. The Slovakian state is treating the opposition party leader's gesture as an "extremist hate crime". Their rationale for this charge is that the number 1,488 can be interpreted as a reference to White nationalist sentiment. Kotleba's trial was set to begin today, but was postponed, due to the ongoing COVID-19 pandemic.

The war on critics of the ruling government intensified last month, when the secret police orchestrated a raid against former ĽSNS parliamentary candidate Ratislav Rogel and eight others. Rogel was targeted by NAKA for his work as a dissident musician in the patriotic rock band Kratky Proces. According to documents obtained by a Slovak speaker for National Justice, Rogel and the other eight men arrested are being charged for promoting extremism – specifically for three rock albums that they had recorded and sold over a 30-year period. If convicted, they potentially face a draconian eight years in prison.

Rogel and Kratky Proces – which was formed in communist Czechoslovakia in 1988 – did not appear to have ever been subjected to this kind of police aggression until now, 32 years after their formation. For many years, liberal Eastern European countries have been relatively reluctant to charge individuals for political crimes, due to their communist pasts. Now that nationalists such as Rogel and Kotleba are rising in popularity, the ruling class in Slovakia are being pressured by Brussels and Washington to use significant force in order to silence them. 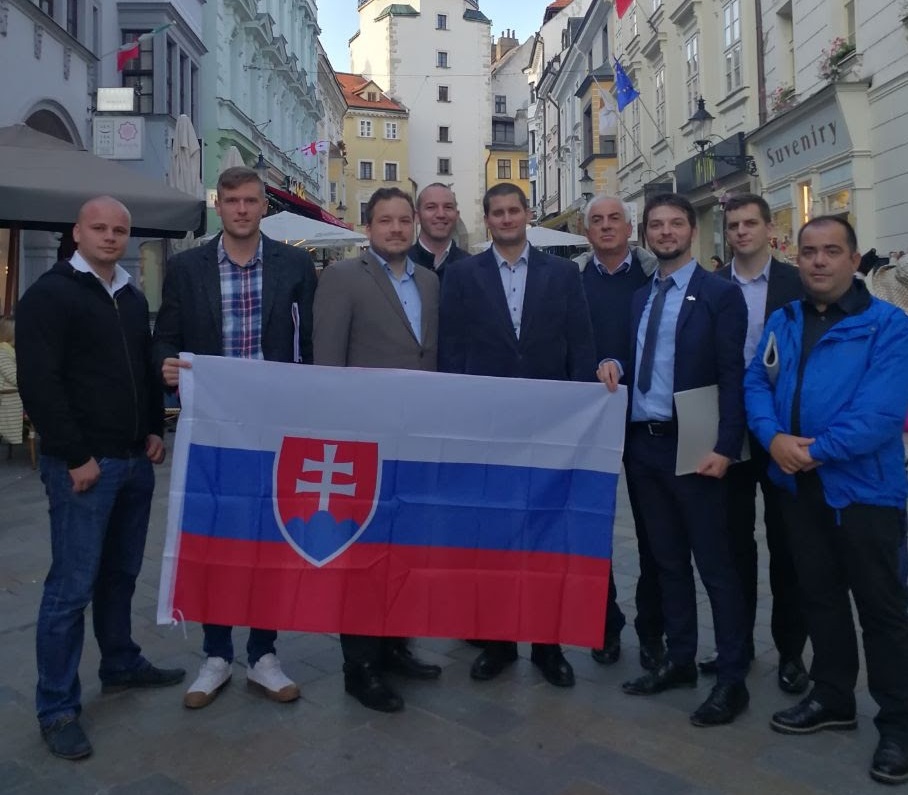 A delegation from Europa Terra Nostra in Bratislava in 2017

Last week, President Zuzana Čaputová threatened Kotleba and LSNS at a ceremony commemorating the "Slovak national uprising" in World War II, through gesturing against living "Nazi collaborators." In late August 1944, a group of communist guerrillas – led by NKVD agents – embarked on a military campaign to overthrow the government of Catholic priest Josef Tizo, the modern founding father of independent Slovakia, who fought alongside the Axis powers. The reconstituted Czechoslovakian communist state commemorated the Stalin-era holiday every year, a tradition which capitalists have now revised as a liberal multiculturalist myth, and attempt to manipulate and coerce the public into embracing this narrative.

In 2018, over 3/4 of the Slovak population felt that the communist government, that was dissolved in 1989, had a superior economy, effectively policed minority groups’ violence, and encouraged more national solidarity than the current globalist European Union consensus. A poll released last June found that 38% of Slovaks strongly prefer a dictatorship over liberal plutocracy.

The Slovak state's persecution of political opponents only confirms what many Slovaks had already suspected – that modern-day Slovakia politically functions just as it did under communism, only this time without any of the positives.