Syria: Interview “We Want Our People to Return to their Homeland!”

With Europe’s ongoing migrant crisis and the continuing unrest in Syria being inextricably linked with one another (as already explored and discussed in a previous article by ETN), Europa Terra Nostra author Sascha Roßmüller held an enlightening interview with recently re-elected Member of the Syrian Parliament Dr. Ahmad Merei of the Syrian Social Nationalist Party (SSNP). 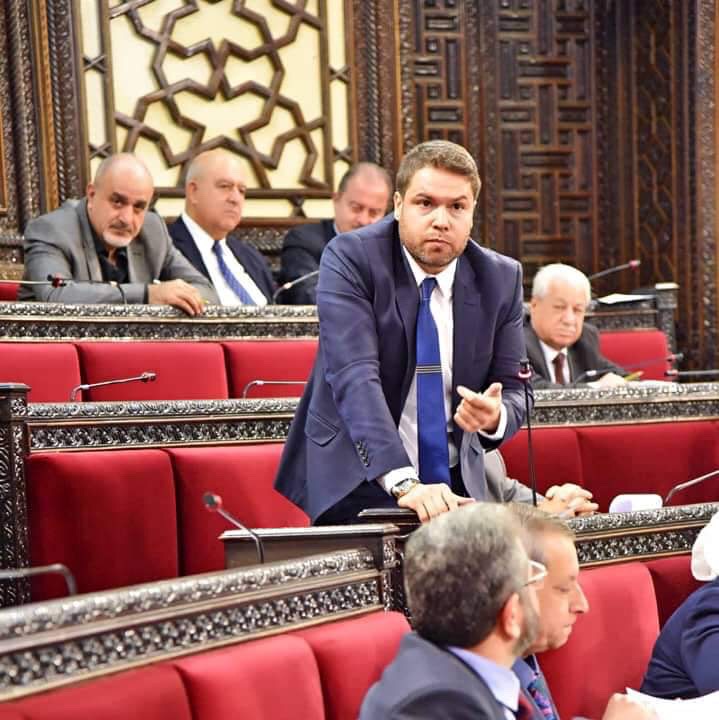 38-year-old Dr. Merei holds a PhD in Public International Law since 2016, a Masters degree in International & Diplomatic Relations, and a Bachelor degree in Political Science. He is a lecturer at several universities – notably in Damascus – and is a member of several parliamentary committees. His hobbies include reading, swimming and watching historical documentaries.

ETN: Dr. Ahmad Merei, first of all, congratulations to your re-election at the recent election to the Syrian People`s Assembly. The established mainstream media in Europe either didn´t report about it at all or declared it with quite some arrogance as, more or less, a theatrical non-democratic farce. Please can you describe our readers what´s your interpretation, and how the election in Syria in reality worked?

Dr. Ahmad Merei: Thank you for this occasion. Perhaps the European media has not referred to the issue because their perspective towards the Syrian crisis is similar respectively synchronised to that of the European Union, which follows the American attitude against Syria and calls for the overthrow of the Syrian government. Hence it is not surprising that the European media does not refer to this issue. No one wants to admit that institutions in the Syrian state are still functioning suitable after more than nine years of war against our country. The other point is that the EU wants Syrian elections to be held in the light of a change in accordance with a new constitution. Actually, Syria does not oppose this, but until reaching this change, the country cannot be left in a constitutional vacuum. So these elections should take place on time. 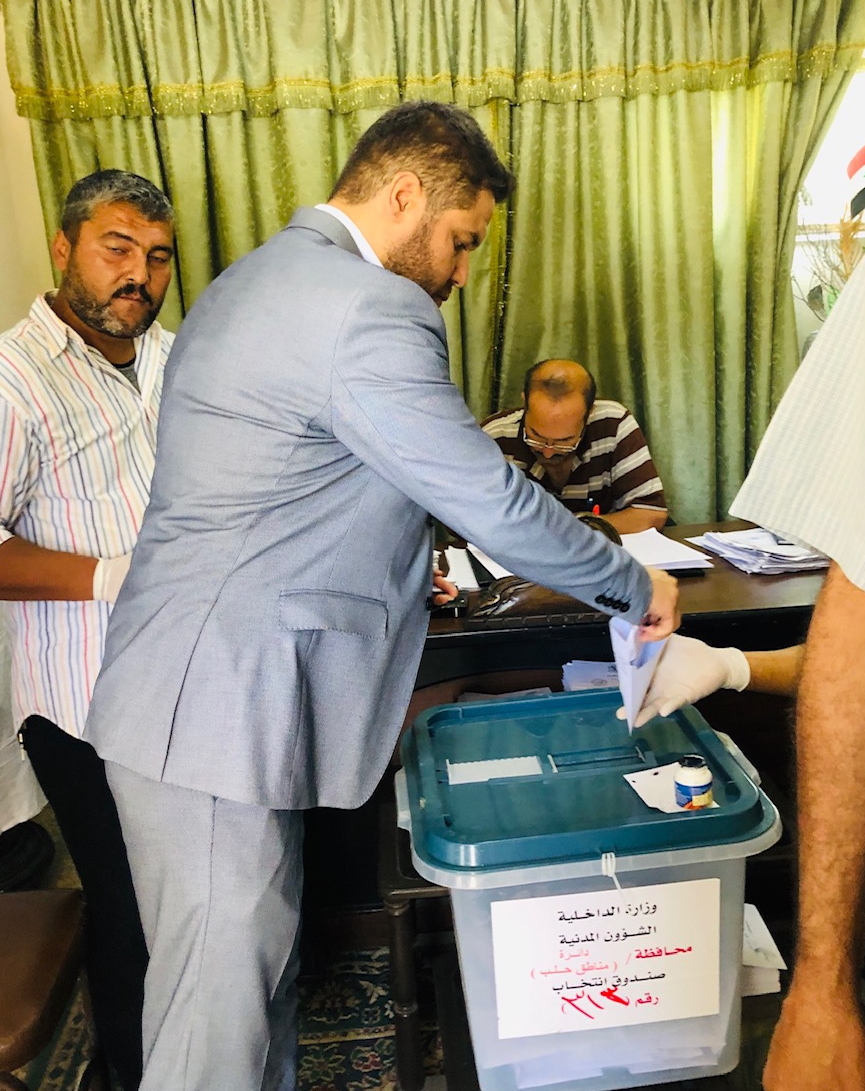 ETN: Now, let´s come to your political work, and inform our readers to what party you belong, of which political character it is, and on which issues focuses your parliamentary activity?

Dr. Ahmad Merei: I am a member of the Syrian People's Assembly and a member of the political bureau of the Syrian Social Nationalist Party (SSNP), which believes that the Syrian nation consists of Lebanon, Palestine, the Syrian Arab Republic, Jordan and Iraq as one nation. The founder of this party is Anton Saadeh*, from Mount Lebanon, where he founded the party in 1932 at the American University in Beirut, and our party today has representatives in the Lebanese, Jordanian and Syrian parliaments. I represent my party in the Syrian Parliament. Our party is widely spread, and it is the second-largest party in terms of number of members and popularity in Syria.

As for my work in the People's Assembly, it is based on the program of the reformist party towards the separation of religion and politics. In addition, our role today is to enact legislation, and work on bridging all gaps in it, as well as to deal with people's daily issues.

ETN: In Europe, migration is a widely contested issue in which context the established mainstream media mostly fade down US-imperialist wars that trigger migration flows. After Syria increasingly succeeds in ending the war, and regaining its sovereignty, the question arises how the reconstruction of the country proceeds and, not least, if it´s important that Syrian refugees in Europe should return home to meet the deficit of workforce in rebuilding the country?

Dr. Ahmad Merei: Unfortunately, the refugees issue has been used since the beginning of the war on Syria as a card to pressure Syria, and this is what happened in Lebanon, Turkey and Europe. We want our people to return to their homeland, and to invest their capabilities here. However, today, the process of reconstruction is complicated in the light of the European sanctions and the American blockade. The Europeans have linked reconstruction to political change, and this is not in the interest of returning refugees. What is required today, to carry out the process of reconstruction and the return of refugees, is to lift these sanctions, and this will serve Europe and the whole world, that suffers from the refugees issue.

ETN: Indeed, that´s another exciting question, especially regarding this restructuring process – the mentioned huge problem of sanction policy that Syria faces. In Europe, most people don´t learn anything about this. Can you give us, please, some information about the dimension of the sanctions, its impact, and how Syria tries to cope with this challenge?

Dr. Ahmad Merei: Yes, no doubt that sanctions have significant impacts on the reconstruction process, the Syrian people, and the productive and economic sectors – mostly, if we talk today, about the health sector, not least in light of the spread of Coronavirus pandemic, which additionally worsens the situation. There is a catastrophe that the Syrian people are facing today, which is perhaps a mass killing operation in light of preventing the delivery of health aid to the Syrian people.

In brief, the only way to help Syria, and to resolve the question of Syrian refugees in EU, is through lifting the unilateral and coercive sanctions being imposed on my country, and not politicising humanitarian and refugees issues. 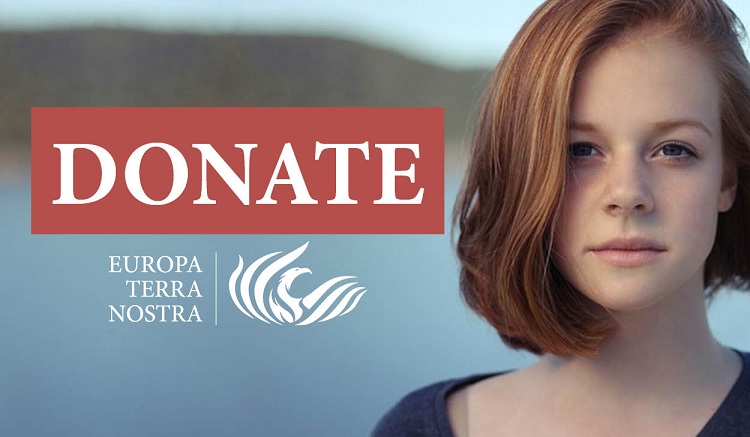 ETN: Most people in Syria don´t know as well that it´s a great merit of Syria that the IS – which is no less a massive threat to Europe – could be stopped and pushed back. How do you estimate the current situation in fighting the IS and the danger of this terrorist organisation, not least due to support by anti-Syrian forces of the West?

Dr. Ahmad Merei: Syria paid a heavy price in confronting ISIS. That is a service not only to Syria, but also to Europe – not to forget that we have seen what it means to have extremists from ISIS in Europe. So, Syria fought ISIS on behalf of the world, and provided a great service in the face of this disease called ISIS. However, the Europeans, as a result of their association with the Americans, still do not want to recognise this achievement. ISIS is now in a state of retreat, but there lasts the dangerous problem with the militants returning to Europe. That is, I repeat, not in the slightest in the interest of Europe. Therefore, what is required is a European co-operation with Syria. Europe should abandon US deep state policies for its own benefit. No one can serve Europe in the matter of ISIS except Syria. Now it´s afforded to re-open relations with Syria for the sake of security cooperation and information exchange. However, this requires the Europeans to come to Syria, re-open diplomatic relations, and lift sanctions on Syria.

ETN: Last, but not least – to pick up the US policy – which role does Syria have in geopolitical terms, or, more precisely, in the process of re-shuffling the cards towards geopolitical multipolarity, instead of unipolar US hegemony?

Dr. Ahmad Merei: Syria has an essential political position in the region, given its geographical position, as it is in the heart of an area that is crucial regarding political developments. Moreover, Syria raises the slogan of liberating the Israel-occupied Palestine and Golan, which is an issue of utmost regional relevance. Further, we have seen the US unrelentingly working on changing the Syrian policy towards Washington. At the same time, Russia seeks not to lose Syria, because it is its last foothold in the region. Syria believes mainly in the emergence of multipolarity.

Before the start of the Syrian crisis, we did not see, for example, the legal balance within the UN Security Council, where Russia and China more and more use the right of veto, after the US has dominated the council for a long time. Russia also brought the Russian military into Syria as an important indicator and promotion of creating a new world order.

ETN: Mr. Merei, many thanks for this interesting conversation!

*Antun Saadeh – who spoke Portuguese, German and Russian – was the founder of the Syrian Social Nationalist Party (SSNP). He advocated for the end of French colonisation and the independence of Syria, criticised the program of Zionism, and deprecated the Sykes-Picot Agreement, responsible for the division of historical Syria between France and Great Britain. In 1938, Saadeh visited Germany. When he declared a revolution in Lebanon in 1949, and travelled to Syria to gather support for the cause, Saadeh was extradited, sentenced to death and executed. His widow, who was later imprisoned, was not released until the Ba'ath party came to power in Syria. Saadeh was an opponent of Arab nationalism and Islamism, claiming that Syria was historically, culturally and geographically different from the rest of the Arab world. In addition to his political writings, Saadeh also wrote two novels.