The Firebugs, or the German Reality Paradox

Dresden. Paris. Nice. Vienna. Hardly a week passes in which innocent people are not torn from this life by insidious attacks carried out by cowardly people. The abstract threat of terrorism is now the reality of life in European metropolises. European civilisation, with all its achievements, has been shaken to its very foundations. In these darkest of hours, sadness, anger, uncertainty and fear dominate the emotional state of the population in the countries concerned. The shock is profound. However, this development was foreseeable. In fact, it follows exactly the same causality that nationalist and identitarian voices have been persistently warning against for years. To put it metaphorically, those who house arsonists in their homes should not be surprised if their own house is on fire in the end. 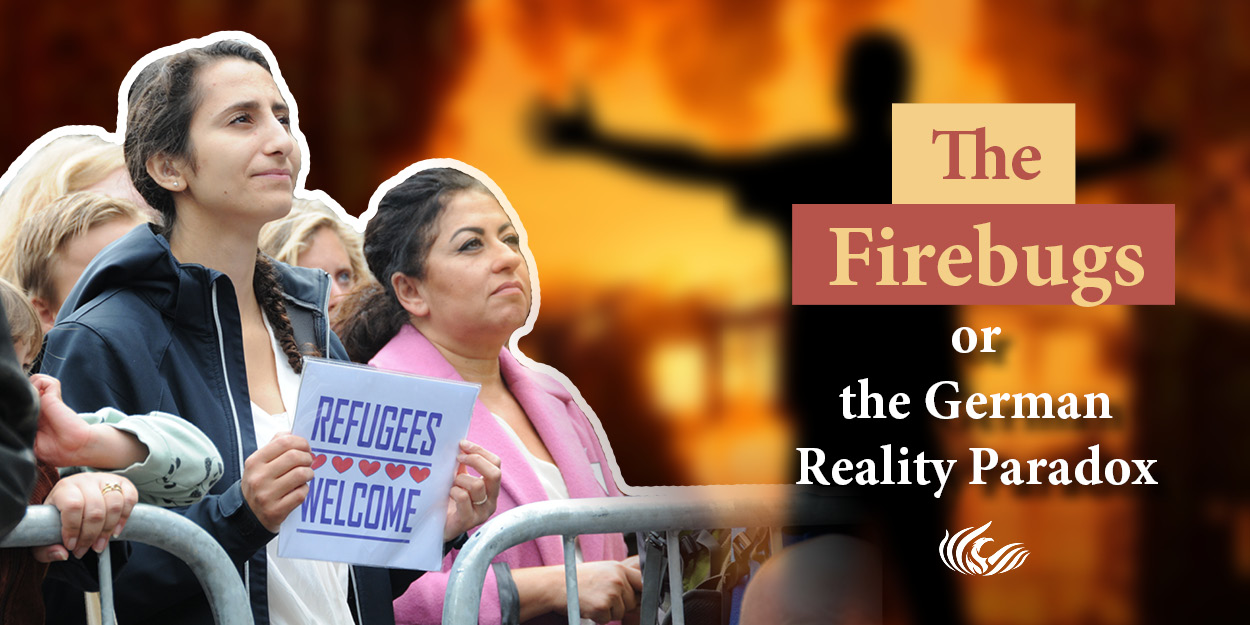 In 1948, under the impression of the communists coming to power in Czechoslovakia, the Swiss writer Max Frisch wrote the first version of his drama The Firebugs, which later became very popular in German-speaking countries. It is about a hair tonic manufacturer named Biedermann who takes two arsonists into his house, despite the fact that they indicate from the very beginning that they would set it on fire. When they bring in petrol barrels, he protests at first, but then lets them calm him down, because they tell him openly what they are planning to do, and he convinces himself that they wouldn't do this if they really wanted to set fire. Biedermann claims to the suspicious police that the barrels contain hair tonic. In doing so, he makes himself an accomplice of the two arsonists, so to speak. Out of fear of them, he invites them to dinner, serves them wine and is on first name terms with them, because he believes that they would hardly want to harm a friend. In the end he even gives them matches, convincing himself that they would have some themselves if they were really arsonists. The following night, the two men set fire to the house. Biedermann and his wife die in the flames.

Thus Biedermann does not consciously nor necessarily steer into the realm of catastrophe for the sake of a sublime value, but rather suffers an avoidable fate out of cowardice, stupidity and blindness. 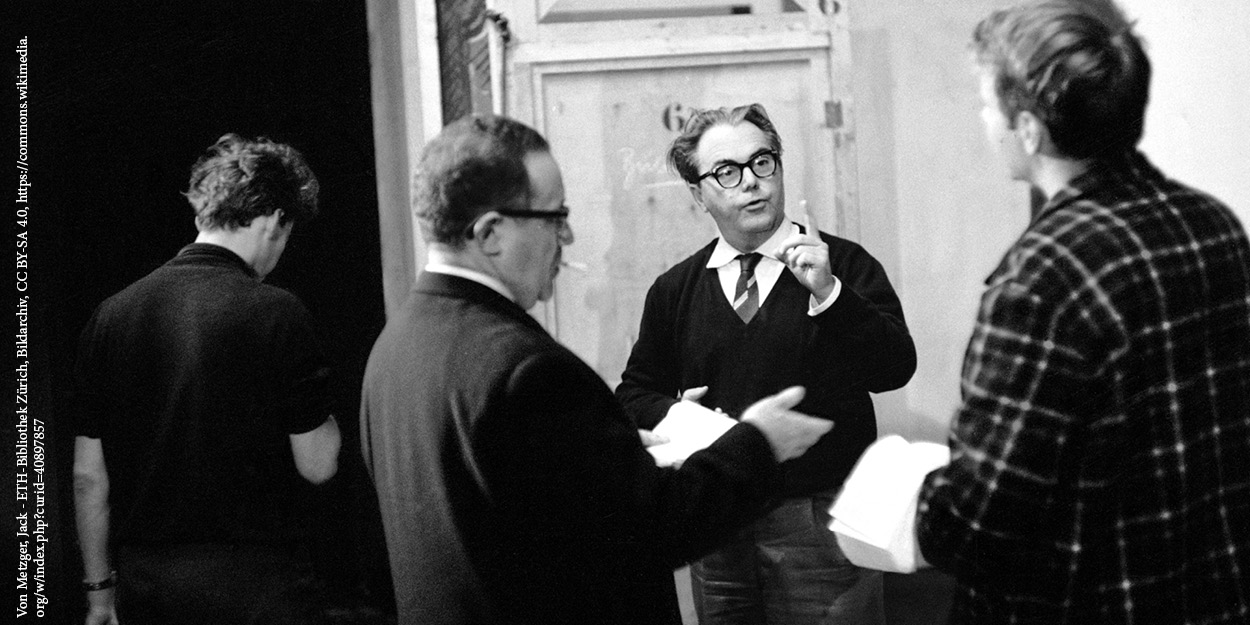 Today, one would probably call Biedermann a do-gooder – or, more specifically, a German do-gooder. While the misguided and lastingly self-destructive migration policy in Europe is producing new human tragedies day after day, in the former land of poets and thinkers, the ruling left-wing and liberal establishment are virtually driving the denial of reality to the extremes. It resembles an ideological reflex that entails a constant sequence of actions – condole, relativise, instrumentalise.

After each new manifestation of imported terrorism, the red accomplices of the arsonists feign concern, and try to divert attention away from their own complicity by pointing hysterically at an even more menacing spectre – far-right extremism. Such examples of so-called “far-right extremism” include nationalism, racism and anti-Semitism.

The excesses of the German Reality Paradox are also reflected in the staffing of state organs, and not least in the decrees and laws passed in Germany. 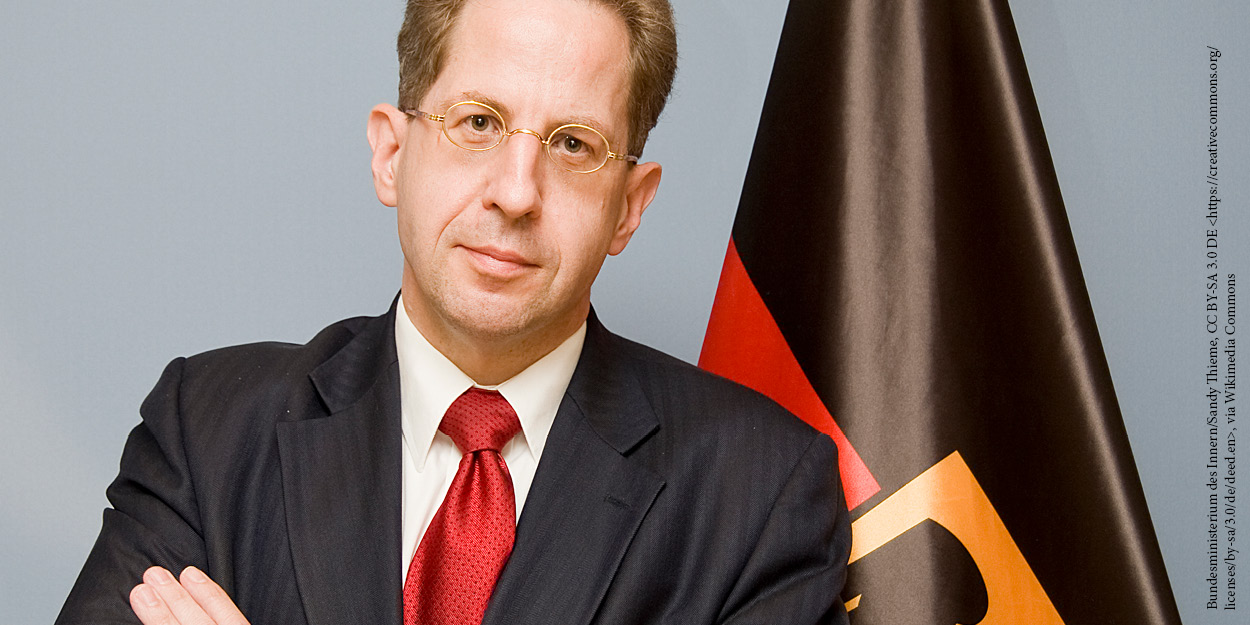 In November 2018, for example, the then-President of the Office for the Protection of the Constitution, Hans-Georg Maaßen, was put into temporary retirement after he expressed doubts about the official narrative of alleged "hunts" for migrants in the German city of Chemnitz. Maaßen was replaced by Thomas Haldenwang, who, immediately after his appointment, announced an increased focus on far-right extremism, and increased the staff of his office accordingly.

The head of the Military Intelligence Service (MAD) has also recently been replaced. According to Federal Defence Minister Annegret Kramp-Karrenbauer, the lawyer Martina Rosenberg is "particularly suited" to fight far-right extremism in her own ranks. Whether or not the German Army perhaps has a completely different problem may be answered by everyone at this point.

In order to be able to react to the technical development of communication technologies, and to improve the surveillance of potential far-right extremists in the digital world, an amendment to the Constitutional Protection Act was adopted at the end of October. This was intended to enable the extended monitoring of individuals, and to improve the information network between the Office for the Protection of the Constitution and the Military Intelligence Service.

Although another recently passed law to combat far-right extremism and hate crime is likely to be unconstitutional, according to the assessment of the scientific service of the German Bundestag and an IT law specialist, the Federal Criminal Police Office (BKA) was able to put its effectiveness to the test at least once in a coordinated large-scale raid by the European police Europol in 11 German States. 83 flats and other buildings were searched, smartphones and laptops were confiscated, and 96 potential “hate criminals” were interrogated.

The resounding success of these actions seemed all the more important against the background that the German police themselves probably also have a problem with far-right extremism, and, above all, structural racism within their own ranks. At least this seems to be the case according to some left-wing, green and social democratic MPs, which is why the German Minister of the Interior, Horst Seehofer, now felt compelled to get to the bottom of this phenomenon by means of a corresponding study.

Of course, extremism must be rejected, religious ideological as well as political ideological alike. And, of course, terrorism must be fought, religiously motivated as well as politically motivated. The development in Germany is worrying in this respect, however, in that in politics and also in large parts of society, the connection to reality has been completely lost, or reality is consciously rejected. Thus it is not surprising that a left-wing terrorist organisation such as Antifa in Germany is indirectly financed by taxpayers' money, and that Islamist preachers of hate can spread their murderous ideology unchecked in mosques that are also subsidised by taxpayers' money.

In his blindness, the German Biedermann steers inexorably towards his disastrous fate, abandoning even that which is dear to him to the flames of a devastating ideology.