The Return of the Balrog of Moria: The Case of Migrants in Greece

In the mid-1950s, English author J. R. R. Tolkien published the epic fantasy novel – split into three volumes – known as The Lord of the Rings, which, over the next several decades, became one of the best-selling novels of the 20th century, and is universally considered to be a classic in the history of modern literature. 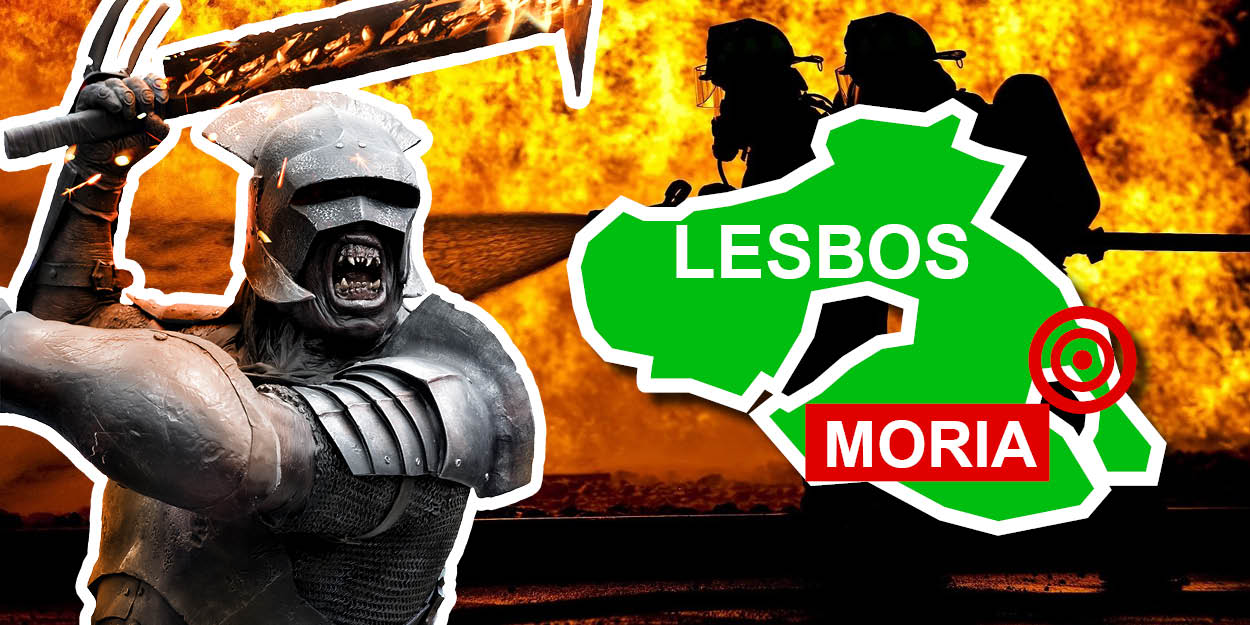 As a linguist and literary scholar, Tolkien extensively studied the Eddas and Sagas of the Old Norse cultures, as well as old German folk tales, each of which strongly influenced his own creation of the fantasy world known as Middle-Earth. From this background, an unconscious allegory of the deeper European soul was created, which was characterised by the myth of creation, destruction and new beginnings – the perpetual struggle between the forces of creation and preservation and the forces of destruction. One powerful metaphor for the eternal struggle between creation and destruction that can be found in Tolkien’s works is the conflict between the wizard Gandalf and the Balrog of Moria. This conflict between these two characters should be very well known to people who are familiar with the book and/or the various adaptations which have emerged from it.

In The Lord of the Rings, the Balrogs were powerful flaming demons, armed with swords, whips and various other weapons, also made of flame. In an ancient conflict, known as the War of Wrath, most of the Balrogs were destroyed. Few remained, following the conflict, with one taking refuge in the dwarven mines of Khazad-Dum, deep within the Misty Mountains. When the dwarves – driven by their greed for precious metals and jewels – dug too deeply and woke the Balrog from its slumber, the latter unleashed its fury upon the dwarves of Khazad-Dum, slaughtering most and driving out the rest from the mines. From this moment, Khazad-Dum was given the name Moria, elvish Sindarin for ‘Black Pit/Chasm’.

When the Fellowship of the Ring – passing through Moria – awoke the Balrog from its slumber, the wizard Gandalf held off the flaming demon from pursuing the rest of the Fellowship, resulting in the two combatants falling off the Bridge of Khazad-Dum and continuing their brutal conflict for over a week. In the end, atop Durin’s Tower, on the mountain peak of Zirakzigil, Gandalf finally defeated the Balrog, himself dying in the process. In Tolkien’s tale, Gandalf returns. The Balrog too returns, but not in Tolkien’s epic, but rather, metaphorically, in the real world.

The moria of the real world

In the real world, there is village in the municipality of Mytilini, on the Greek island of Lesbos, in the Aegean Sea. This village bears the name Moria. Since October 2015, a former military facility in the area has functioned as a processing centre for migrants, crossing over into Greece via Turkey. As part of an agreement between Turkey and the European Union, the area of the island also functions as a camp for the migrants. The purpose of this camp is to provide migrants with a safe place to reside, while they await the next stage of their journey, whether that be remaining in Greece, continuing onwards through Europe, or deportation back to Turkey or their land of origin. The reality, however, is that the camp is far from safe, both for the migrants and the local Greek population. In addition to regular attacks on the local Greeks, there are also repeated physical confrontations between members of different ethnic groups among the migrants within the camp itself. There are also several cases of arson attacks, with the most recent one taking place last week.

The Greek television station Star recently reported on these arson attacks, and the video footage captured of the incidents shows what followed when several migrants set alight their own buildings of residence. From these cases, even the most pro-migrant Greeks should be aware that these instances of destruction are not cases of an accidental nature, but rather deliberate. Interestingly, just one day prior to the arson attack, the pro-migration lobby in Germany – under the leadership of smuggler organisations, church institutions and left-wing activists – had set up 13,000 chairs in front of the German Reichstag building in Berlin as part of a pro-migrant protest. The protest drew significant media coverage, and it was organised in order to draw attention to the allegedly “dangerous” – and self-inflicted – situation of the migrants in the Greek camp on Lesbos. The pro-migrant activists in Berlin demanded that Germany take in more migrants, and have stated that the presence of the 13,000 chairs outside of the Reichstag building should symbolise that there is still enough space for the so-called “Stranded of Moria”.

Following the broadcasting of the images of the fires within the Moria migrant camp, the first public doubts were raised over the official narrative of the cause of the fire. The representatives of the pro-migrant lobby – realising that the old narrative of the fires being mere accidents no longer convinces many people – have since started to look for alternative narrative arguments for why these fires possibly took place. The ongoing COVID-19 pandemic was also cited by the pro-migrant lobby as a factor for migrant dissatisfaction and poor behaviour in the Greek camps. The risk of infection as a result of being in close proximity to one another; poor hygienic conditions; curfews imposed by the Greek authorities – factors such as these were all claimed by the pro-migrant lobby as somehow justifiable reasons as to why the migrants in Greece are acting so destructively. In turn, the pro-migrant lobby further argued that because of the high risk of infection among migrants in Greece, this is yet another justification for the mass importation of these people from these camps, and distributed all across Europe.

Of course, the left-wing and liberal governments of Europe attempt to alleviate, somewhat, their strong pro-migrant policies by expressing their wishes to distribute migrants across Europe via quotas. It is evident that these left-wing and liberal governments are not aware of the reality of the situation in Europe. Hard-working Europeans are already struggling enough as it is – both economically and socially – as a result of the lockdown measures imposed across the continent this year, yet these pro-migrant governments believe that what European nations need right now is an influx of thousands of upon thousands of non-European migrants being scattered across their lands, draining state finances and causing social disturbances, through petty crime or acts of outright violence and destruction. All this amidst an ongoing global pandemic.

The metaphorical Balrog of Moria has awoken once again, and it is the pro-migrant governments of Europe who represent the greed of the dwarven miners – the very greed which led to the awakening of the demon from its slumber in the first place. If this Balrog feels that it is under threat, then it will unleash its fury upon those who awoke it from its dormancy.