Following the news these days as a nationalist, certain uneasiness overcomes one at times, whether because of the continuing and deliberate alienation of the European continent with so-called refugees from countries and societies, especially from the African continent, which has an entirely different culture and are not very well educated, or given the continuing scaremongering, accompanied by increasingly restrictive measures of the governments regarding the alleged COVID-19 pandemic. 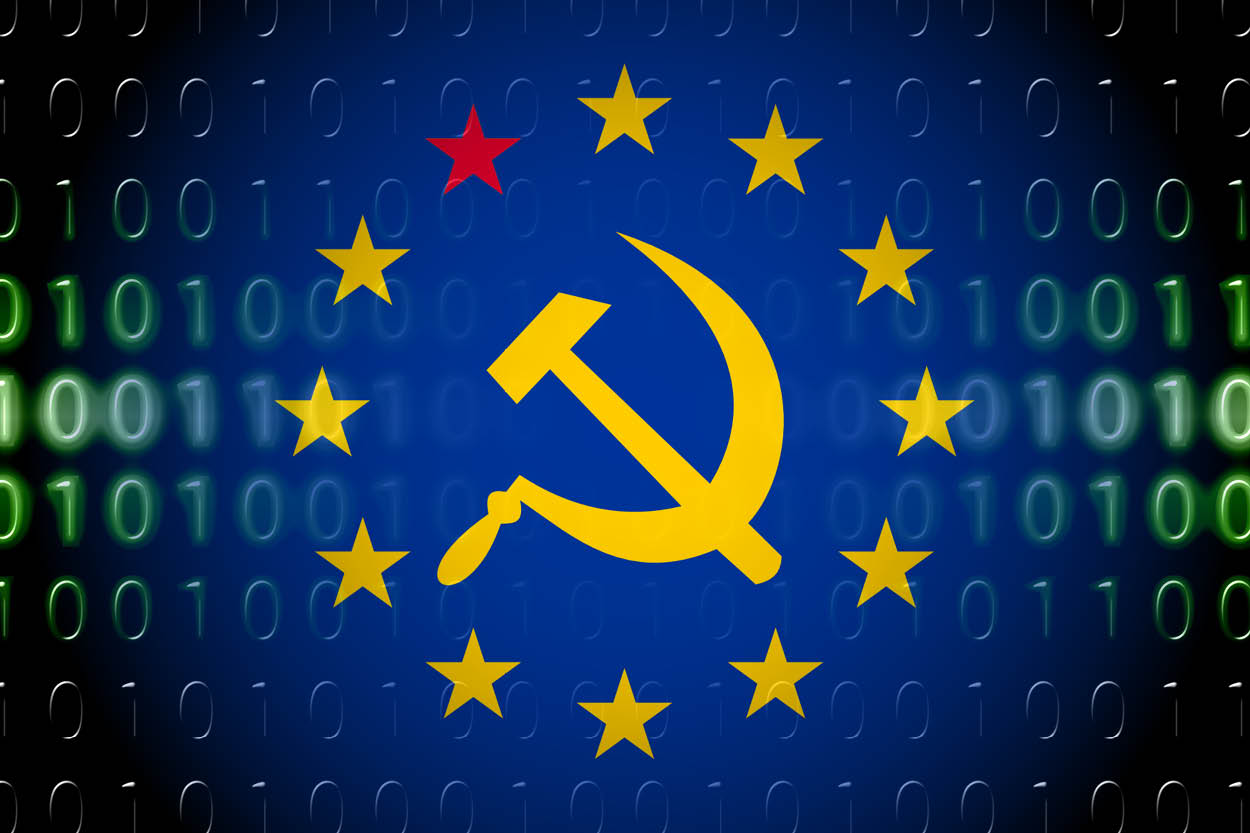 However, suppose one attempts to grasp and analyse the degenerate image that is currently presented to one socio-politically and culturally, as if one were a forensic scientist; in that case an intricate pattern gradually opens up behind the superficial scribblings and scrawlings, which ultimately turns out to be a construction plan for a new world order that has been drawn up with great care and precision.

As a nationalist, you rightly wonder how it can be, that these days, especially in Italy, which once played a decisive role in shaping the destiny and cultural development of Europe over the centuries from Rome, former government representatives like criminals have to answer to a globalist tribunal for trying to protect their country, their people and their cultural heritage. One also rightly wonders how it can be, that in Greece - once the cradle of democracy, the birthplace of Western philosophy and timeless poetry where the foundations of Western culture were laid - nationalists are now being sentenced to imprisonment for defending this unique cultural heritage. One wonders how it can be that nationalist movements that stand up for the preservation of ethnic and cultural diversity, are politically persecuted, banned and criminalised worldwide, but especially in continental Europe.

In his book "The Socialist Phenomenon", the Russian mathematician and philosopher Igor R. Shafarevich attempted to get to the bottom of the phenomenon of the disappearance of the great cultural peoples. He concluded that it was always the same four elements that ultimately led to their demise: The destruction of private property, tradition, family and religion - also called socialism. According to Shafarevich, socialism always wants to and must be culturally destructive. And in the end, it always leads to decline. 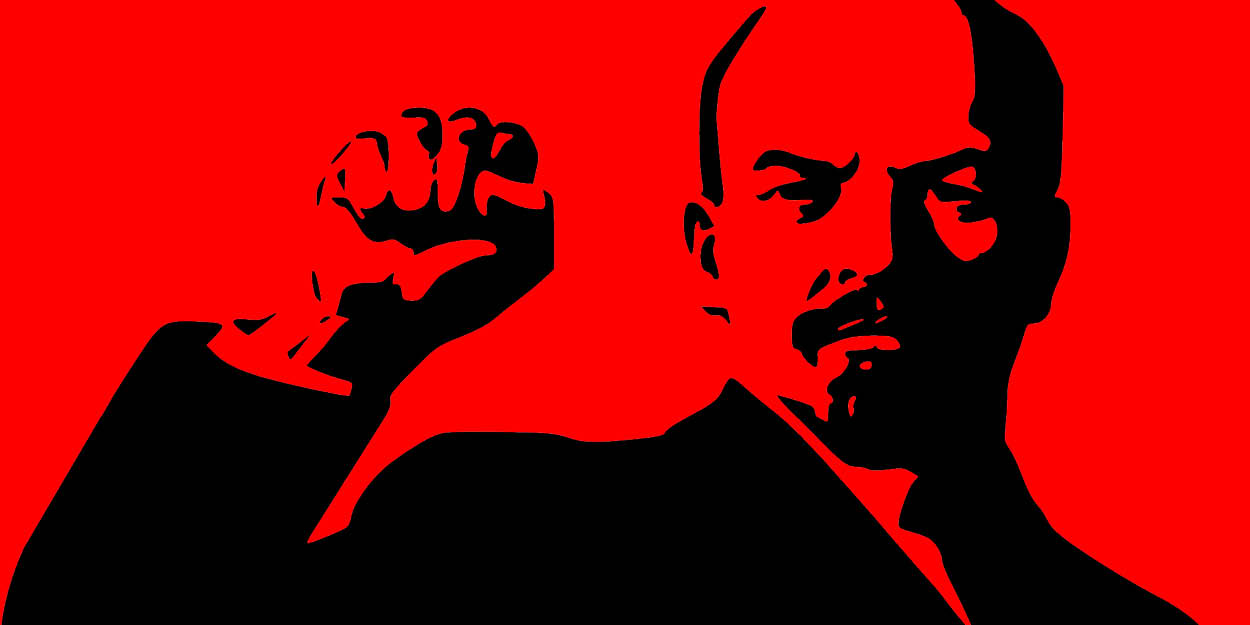 World Socialism is thus the antipode of nationalism because the latter always acts as an element of cultural creation and preservation. Nationalists naturally defend their own, their private property, their traditions and customs, their families and their religion. They, therefore, inevitably become the target of those destructive forces and their agenda.

The so-called cultural Marxism is also a form of culture-destroying socialism. After shirt-sleeved workers' socialism had proved unsuitable for changing people's consciousness in the long term, a cultural Marxist concept developed in the 1970s under the influence of masterminds such as Gramsci, Adorno, Marcuse and others. If you like, a kind of socialism for intellectuals, which finally began its march through the institutions, has continued to affect to this day and has a culturally destructive effect like hardly any other form of socialism in all aspects of life.

Inherent in socialist egalitarianism is that it does not tolerate differences. In consequence, of course, this also means that it does not accept national borders and nations. It strives to create a global society of interchangeable people without ethnic or cultural identities, an egalitarian world society whose destinies can only be managed by a central world government. Nationalism has no place here anymore. It is an obstacle that must be removed.

As well as Richard Nikolaus Coudenhove-Kalergi, who not only created the blueprint for today's EU but above all made the idea of the necessity of ethnocultural de-identification socially acceptable in supposedly elitist circles, the writer H.G. Wells was also a fervent advocate of a global world government. In his book "The Open Conspiracy: What Are We To Do With Our Lives?" he called for the abolition of the nation-states and the installation of a world government as well as, among other things, extensive measures for population control. 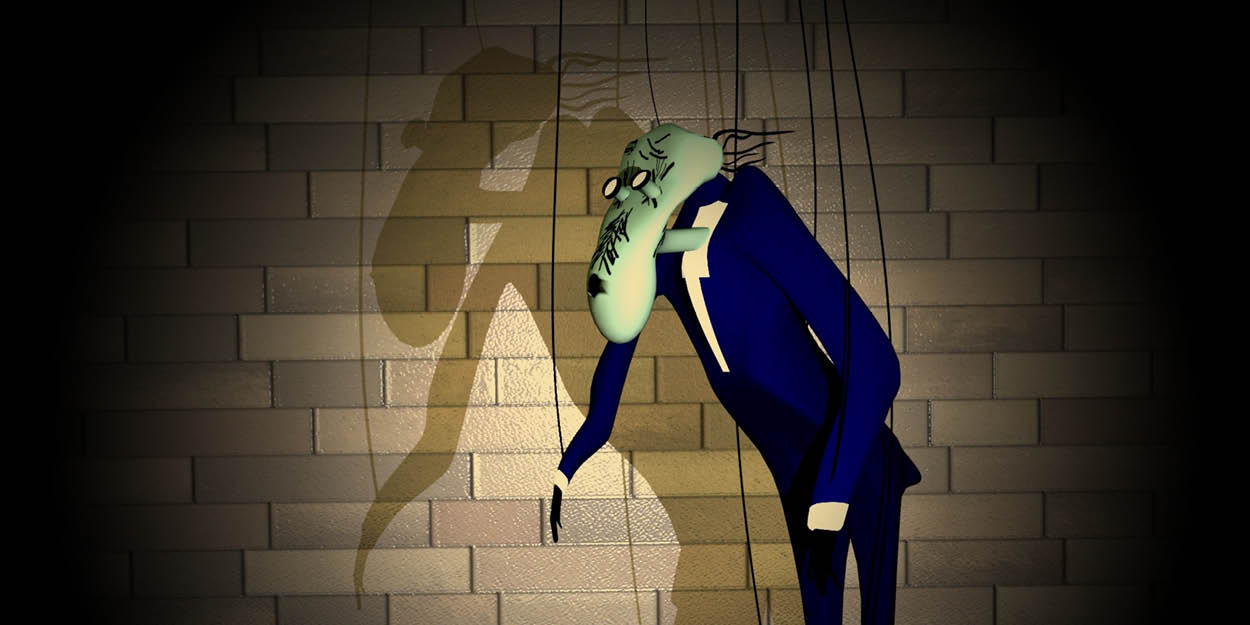 Population control is defined on the one hand as the control of population growth utilising economic and social incentive systems, or by medical-technical interventions such as contraception, sterilisation or abortion. Another approach to population control can be found in what is known as eugenics. It developed at the end of the 19th century and soon found its way into the various socialist schools of thought. Today, it is apparently no longer to understand in its original meaning as a doctrine of hereditary health, but rather as a way of changing the population structure in its genetic composition. "The future man is a half-breed", Coudenhove-Kalergi prophesied in this context.

However, population control can and must be realised in its very meaning, namely in the management and steering of people in their actions.

Data is the new gold standard

In the wake of the current COVID-19 pandemic, governments worldwide have excessively expanded their capacities for PCR testing. Under the pretext of protection against infection, framework conditions are being created that will sooner or later allow health authorities to test almost the entire population for a putative infection with COVID-19. However, hardly anyone is concerned about what happens to the genetic material removed after a test. It is interesting to know that most EU member states have joined a major project called "1+Million Genomes Initiative". Within the framework of this initiative, one million genome data are to be made "accessible" throughout the EU by 2022, and this "data treasure" is expected to grow further in the years to come. 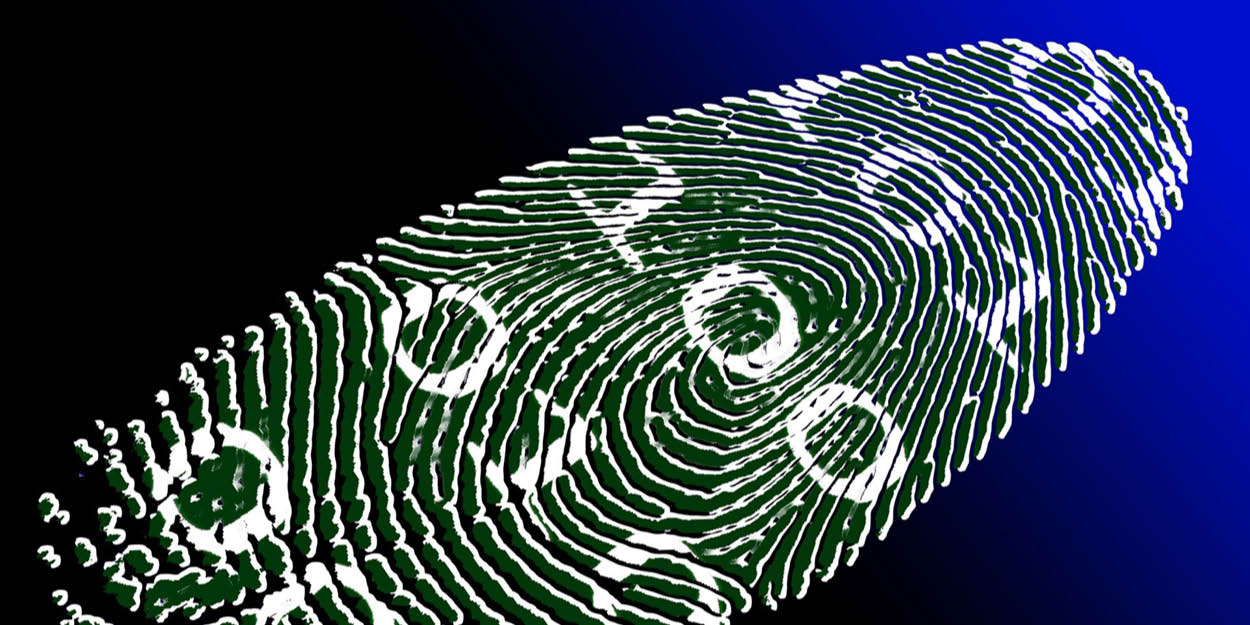 According to the plans of the EU Commission, every citizen should also have a "European digital identity" in the future. The Commission is thus following the vision of the highly controversial private initiative ID2020, whose founding members include Microsoft, the Rockefeller Foundation and GAVI, the Vaccine Alliance. Members of GAVI, in turn, are, among others, UNICEF, the Bill & Melinda Gates Foundation and the World Bank.

In order to achieve the broadest possible acceptance in the population for the implementation of their vision, the masterminds of digital identity are concealing their actual goals with a series of euphemistic smoke candles. Digital identities should, for example, improve access to health services and educational opportunities. Who could not advocate this? In reality, however, this means nothing other than that access will only be guaranteed with a digital identity.

However, to ultimately gain complete control over the population, payment traffic must be controlled. To this end, a digital euro is to be introduced in 2021. "A digital euro would help to cushion the impact of extreme events - such as natural disasters or pandemics - when traditional payment services may no longer function" the European Central Bank writes. Whoever controls the money controls the world.

Let us remember: Egalitarian socialism does not tolerate differences. With the UN Agenda 2030, the member states of the United Nations have set themselves 17 goals for socially, economically and ecologically sustainable development in 2015. If you take a look at this agenda, you will again find a list of euphemistic smoke candles, from overcoming poverty to gender justice and fighting climate change. In reality, however, this is nothing more than the polished version of the globalist agenda that aims for an egalitarian world society under the control of a world government. 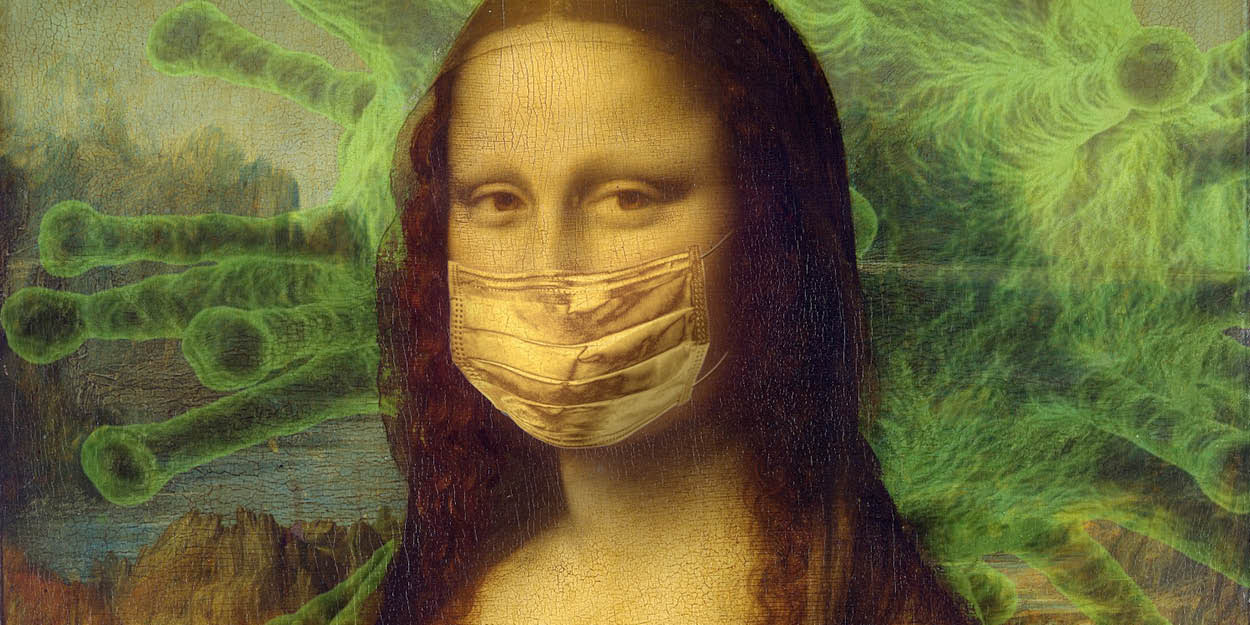 In October 2019, under the guidance of the Bill & Melinda Gates Foundation, the World Economic Forum and Johns Hopkins University, a simulation of the effects of a global pandemic, Event 201, took place. Three months later, the entire world was in the stranglehold of a supposedly deadly virus. And in June 2020, Klaus Schwab, the founder and chairman of the World Economic Forum, finally presented his vision for the world's future:

“To achieve a better outcome, the world must act jointly and swiftly to revamp all aspects of our societies and economies, from education to social contracts and working conditions. Every country, from the United States to China, must participate, and every industry, from oil and gas to tech, must be transformed. In short, we need a “Great Reset” of capitalism.”

“The COVID-19 crisis is affecting every facet of people’s lives in every corner of the world. But tragedy need not be its only legacy. On the contrary, the pandemic represents a rare but narrow window of opportunity to reflect, reimagine, and reset our world to create a healthier, more equitable, and more prosperous future.”

The Fabian Society was founded in 1884 as an intellectual movement with the aim of bringing socialism to the world. While the Communists wanted to implement socialism quickly through violence and revolution, the Fabians preferred to do it slowly through propaganda and legislation. They consistently avoided the term socialism and instead only talked about benefits for the people, such as welfare, medical care, higher wages and better working conditions. In this way, they wanted to achieve their goal without bloodshed, but also without serious opposition. And as it seems, they almost reached their goal.

Is this the end of the story?

Maybe, but it is mainly up to us. Do we want to carry on as before and resign ourselves to the fact that a soulless, socialist technocratic monster deprives us of our ethnocultural identity, desecrates the heritage of our ancestors and makes our descendants slaves to his empire of nothingness?

Or are we ready to come into our inheritance and write a new chapter in this great European history? Then we must stand up NOW! Then we must network NOW and work together on strategies and actions to bring this monster to its knees!