The Terrorist Attack at Berlin's Breitscheidplatz

The terrorist attack on the Christmas market at Berlin's Breitscheidplatz on the 19th December 2016, in which twelve innocent people lost their lives and numerous others were injured, is considered a caesura in the history of the Federal Republic of Germany, and cruelly reveals the total failure of the constitutional state in the face of Islamist terror. The clarification of the background and actual course of events is marked by numerous investigative failures on the part of the German authorities. Even the single perpetrator theory has not been clearly proven to date. An expert opinion by the Institute of Forensic Medicine of the University Clinic of Schleswig-Holstein now casts doubt on it once again. 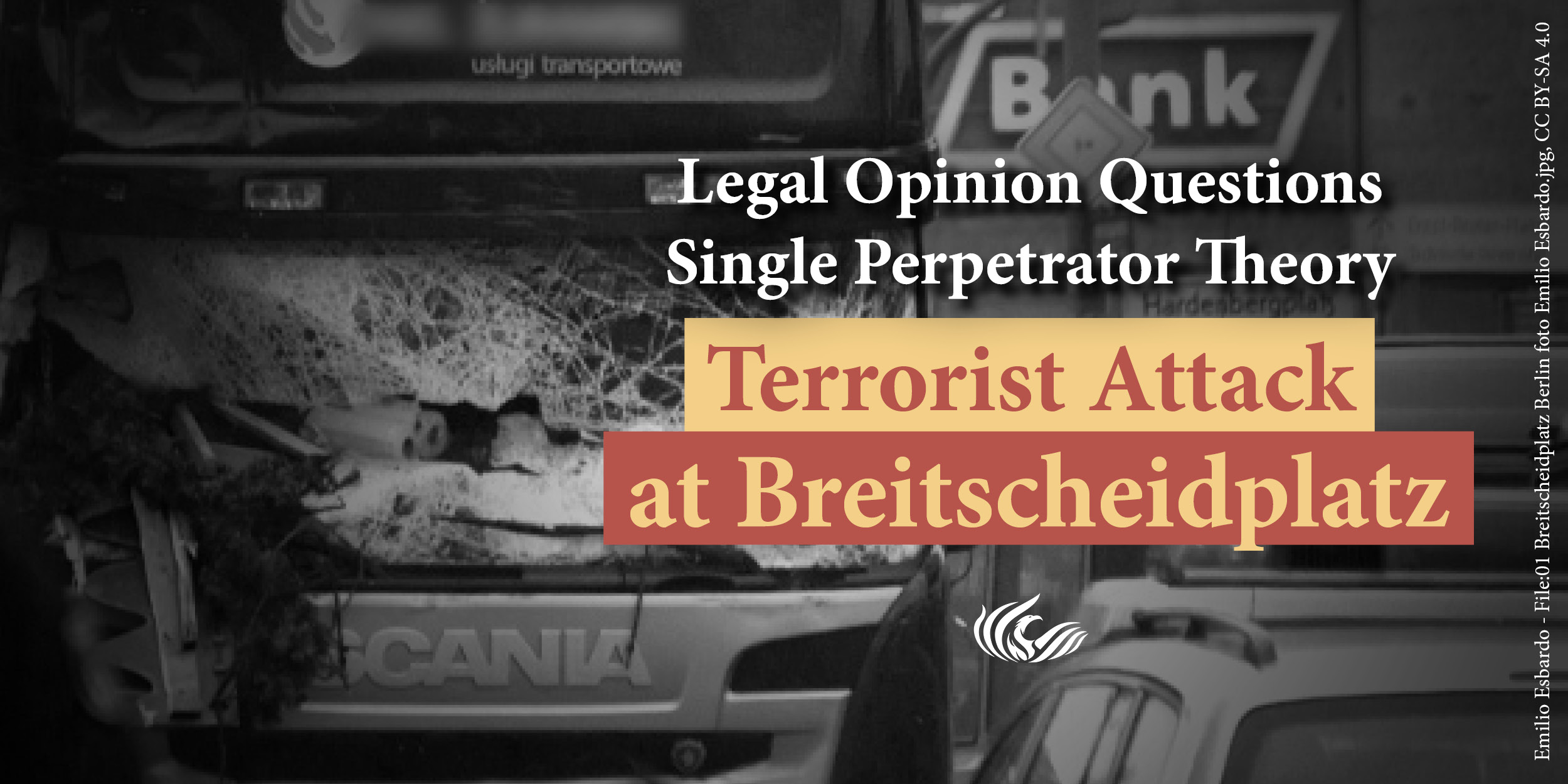 The Investigated Perpetrator & His Antecedents

The day after the attack, the investigating authorities identified 23-year-old Tunisian Anis Amri after they discovered the asylum seeker's toleration papers in the very truck that ploughed into the crowd at Breitscheidplatz. At that time, Amri was already no longer unknown to the police and the immigration authorities. Amri arrived in Germany at the beginning of July 2015, and in the following months turned up several times at registration offices under different names and collected money for his livelihood. He also came into the authorities' sights as a thief, drug dealer, thug and possible supporter of the Islamic State terrorist organisation.

From February 2016, Amri was finally listed as a so-called dangerous person and was under police surveillance. On 15th June 2016, however, the surveillance was largely ended again, and his increasing radicalisation remained undetected. When Amri tried to leave the country illegally for Switzerland at the end of July 2016, he was arrested, but subsequently released.

According to the current assessment of various agencies, Amri's offences would have justified an arrest warrant and subsequent pre-trial detention already at that time. However, the authorities failed to do so. Efforts to deport Amri to Tunisia also ultimately failed, due to the lack of consistency on the part of the German authorities.

On 23rd December 2016, Anis Amri was shot dead by police officers while fleeing in Italy.

An expert report commissioned by the German Bundestag's investigative committee from the Institute of Forensic Medicine at the University Hospital of Schleswig-Holstein now concludes that a previously unknown person could also have been behind the wheel of the truck used in the attack. The DNA traces on the pistol with which Amri is said to have shot Polish truck driver Lukasz Urban – as well as traces in the driver's cabin of the truck – call the previous single perpetrator theory into question:

It cannot be established with certainty that the weapon seized from Amri was also the weapon used against Urban. [The projectile and the projectile fragment remaining after the shot]…Which had been recovered from Urban's skull during the autopsy, were too deformed to allow a ballistic assignment to the above-mentioned weapon", according to the report.

The analysis concludes that a different course of the attack than the one assumed by the public is generally "not excludable" due to the DNA traces.

The fact that Anis Amri had found his way into the circles of Islamist groups within Germany – collaborating with individuals such as the recently convicted Islamic State “soldier” Abu Walaa – supports the suspicion that he was possibly not alone on 19th December 2016.

The fact that some four years after the terrorist attack, the exact course of events and the background have still not been fully and unequivocally clarified leaves room for speculation. Whether the investigating authorities are to be blamed for bungling their work in securing evidence – or whether there was a deliberate cover-up, as is the case with most other comparable terrorist attacks – can no longer be clearly clarified. At the very least, the fact that in the case of Anis Amri, too, the discovery of personal documents at the scene of the crime led to the identification of the perpetrator, and that Amri was finally shot while fleeing points to a recurring pattern that can be found again and again in connection with Islamist terrorist attacks since 9/11. Without wishing to encourage conspiracy theories, doubts about the official narrative are certainly justified and appropriate "in times of universal deception", as a quote attributed to George Orwell puts it.

The Question of Guilt

Whether Anis Amri alone perpetrated the terrorist attack at Breitscheidplatz remains to be fully confirmed. The same applies to the question of whether the investigating authorities acted negligently or intentionally, in this case. However, the German Chancellor Angela Merkel and her government are undoubtedly responsible for the fact that this terrorist act could happen in the first place. The bereaved families of the victims therefore have also accused their leading politicians of inaction and political failure. "The attack on Breitscheidplatz is also a tragic consequence of the political inaction of your federal government," said the victims' relatives. In fact, however, the criticism should have gone a step further, because it was not only the inaction of the state organs that led to the tragic events, but rather it was deliberately and purposefully brought about by an illegal opening of the borders in 2015, a welcome culture driven to extremes by anti-German self-hatred and power-drunk arrogance that is unparalleled:

I don't care if I'm to blame for the influx of refugees. Now they are here.
- German Chancellor Angela Merkel in September 2015.