The World at a Crossroads – A Great Reset or a Great Awakening?

No other event during these last few years has shaken our world order as much as the ongoing COVID-19 pandemic. For the first time, Western states have followed overwhelmingly the example of China, not the United States of America, in order to find a solution for a crisis. Unlike China, where normality rules again, a so-called “new normal” is dominating the West. Public life is increasingly constrained, freedom of movement has been restricted in order to fight the pandemic, whereas borders are still open for migration. 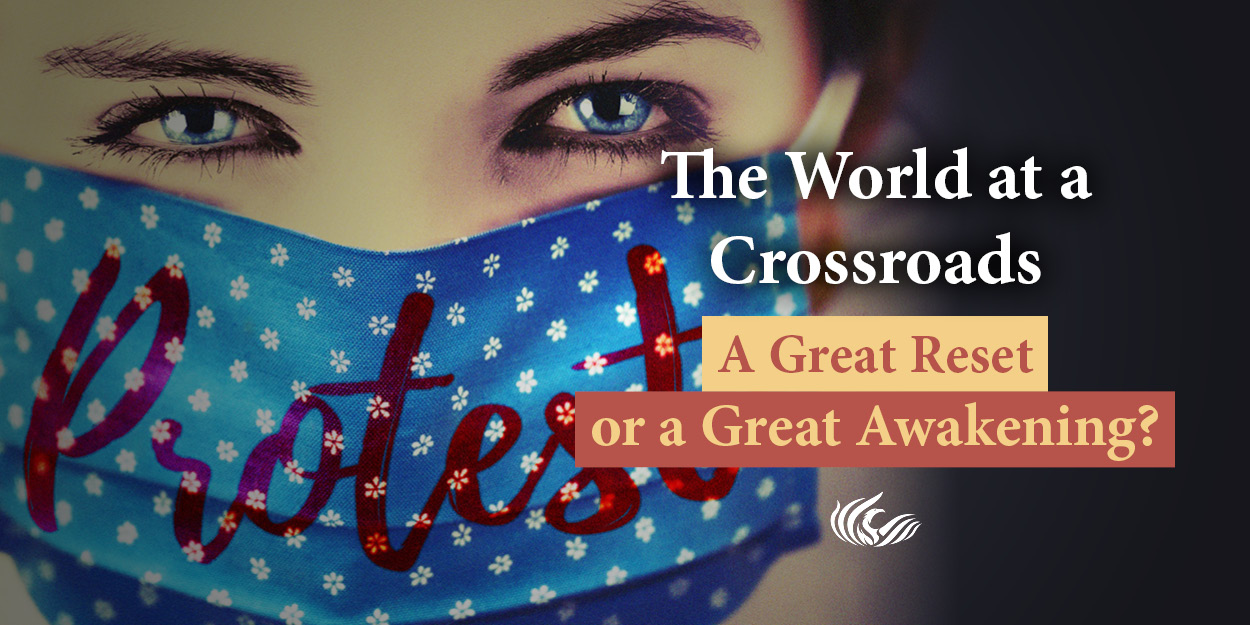 Small and medium-sized enterprises are facing bankruptcy, whereas globalist giants such Amazon and Apple are growing at record paces. Cultural life has come to a halt. A confusing strategy of tests and vaccinations has been proclaimed to be the only solution, whereas the inoculation provided by the US-corporation Pfizer-Biotech was approved in accelerated proceedings, and experienced several fatalities post-vaccination. Western governments are suppressing protests against these policies of chaos, and the mainstream media are also criticising the protestors, labelling them as “right-wing extremists” deserving of harsh punishment. But what are the origins of these developments, which have changed our lives so radically?

Of course, it can be argued that they have originated in globalist circles, which regularly impose new experiments on our society. This time, their experiments are unprecedented. The German globalist and founder of the World Economic Forum Klaus Schwab coined a corresponding term for this development – the Great Reset. Under this term, the elites of the West demand a restart of capitalism, which must be greener and more sustainable, according to the “Limits of Growth”, already proclaimed in 1972 by the Club of Rome, which is surprisingly compatible with the aims of the Climate movement, which is financed and protected by the state. That this is just a disguise for a further enrichment of the 1% and a prolonged exploitation of the rest is common knowledge, since politicians of the Greens themselves rarely practise not the lowering of CO2 emissions. A similar level of credibility is owned by Klaus Schwab himself, who calls for the abolishment of neo-liberalism, while he himself profits from this unjust ideology.

The influence of Soros fade away

Whoever looks into the book Schwab co-authored with Thierry Malleret find little else but simple forecasts. When it comes to the authors, there begins a new era for humanity with outbreak of COVID-19, and history shall be divided in the future into the pre-COVID era and the post-COVID era, much in the same manner that we had split history following the end of the Second World War into the pre-War and post-War eras. But why should one give a new name to a political agenda which is already cursed by the average European? If one reads through the theses of Schwab and Malleret, one can see a great concern for the further development of the West. Since Globalism is on the retreat, the influence of its oligarchs such as Soros and Schwabs fade away. The fear of revolution and upheaval is in the air, which is directed against the power of these super-rich oligarchs, who wish to find a solution for this crisis as soon as possible. But instead of changing the system, they desire to crash it in a controlled way, and to rebuild it afterwards with repressive measures. “Build Back Better” has become the new mantra for the defence of Western elites. They wish to go back to the moment where they didn't suffer their defeats at the hands of Vladimir Putin, Donald Trump and the ever-growing protest movements in Europe and the USA, in order to build an updated version of globalization. Therefore, Schwabs argues for the Corona App, which is seemingly intended to be used for fighting the virus, whereas it can also be taken advantage of in order to create a transparent citizen. Instead of attacking globalisation, which made the quick spread of the COVID-19 possible in the first place, they propagate the Western virus of liberalism.

The latest events in the USA since the fraudulent Presidential Election that elected Joe Biden make us realize that the globalists are taking no prisoners this time – just as they did in the case of Ashli Babbitt, a veteran of the US Air Force, who was shot by her own state without reason. How can we counter this movement called “The Great Reset”, which is supported by the global oligarchy? Among the protesters who manifested against the election of Joe Biden, the slogan of “The Great Awakening” was used. It is the name for the uprising of American patriots that was caused by the horrors of the “Great Reset”. As the Russian philosopher Alexander Dugin showed, the Great Awakening is also a project which is not only a local phenomenon, but can be built into a global front against globalism. Just as the globalists use the system's crisis as an opportunity to build the liberal system anew, all patriots now have the chance to leave the old world behind them to create a new one. As a result, it is necessary to recognize that globalization is the root of all evil. Furthermore, it needs to be ended, and must be superseded by localization.

Every civilization has the possibility to reject globalization

A multipolar world order based on different civilizations follows close on the heels of the unipolar moment, consisting of Great Spaces defined by common cultural, religious and historical similarities. No longer will the West alone determine the order of the future and how the world will be designed, but rather Europeans, Russians, Chinese, Indians, Africans, Latin Americans and also North Americans will need to co-ordinate together in the future. This means that every civilization will be able to define its own values, and will not be dependent on either Brussels nor Washington to lecture them on so-called human rights and the rights of minorities. The pre-condition for all that is the insight that one's own culture and religion will be valid in one's own Great Space, and the traditional values and religions of other civilizations need to be respected. Within the framework of the Great Awakening, every civilization has the possibility to reject globalization and strengthen its own culture. As a result, the different peoples can reclaim control over their development and decide if they themselves wish to actually develop. What may look like progress in the eyes of globalists – for example, exposing one's own children to the impact of “gender mainstreaming”, drag-queens and people who think that there are no differences between the different sexes and peoples – looks at the vast majority of humans totally differently.

The average European, Russian, Chinese or Latin Americans can no longer recognize any “progress” in the perversions propagated by the West – at least a progress that goes in the direction of the abyss. Also, the plans of big tech companies such as Tesla, Microsoft and Google – with their visions of cyborgs, uploading your consciousness to a cloud server and other abominations of transhumanism – are in the interests of Elon Musk and Raymond Kurzweil, but not in the interests of those ordinary people who want to protect their communities and preserve them. The Great Awakening makes people realize that technology must serve them, and that they should not degenerate into tools of technology. As a result, we must defend our humanity on a global scale against the transhumanist endeavours of global tech companies.

The Great Reset has showed us that we are indeed at a crossroads. The globalists use the COVID-19 pandemic as an opportunity to take away our freedoms and liberties from us in order to install an increasingly repressive regime, which even strives to control our very thoughts and deeds. We can resist these developments with the global defence strategy that is the Great Awakening, in order to counter the totalitarian will for uniformization by the West with ethnopluralism. 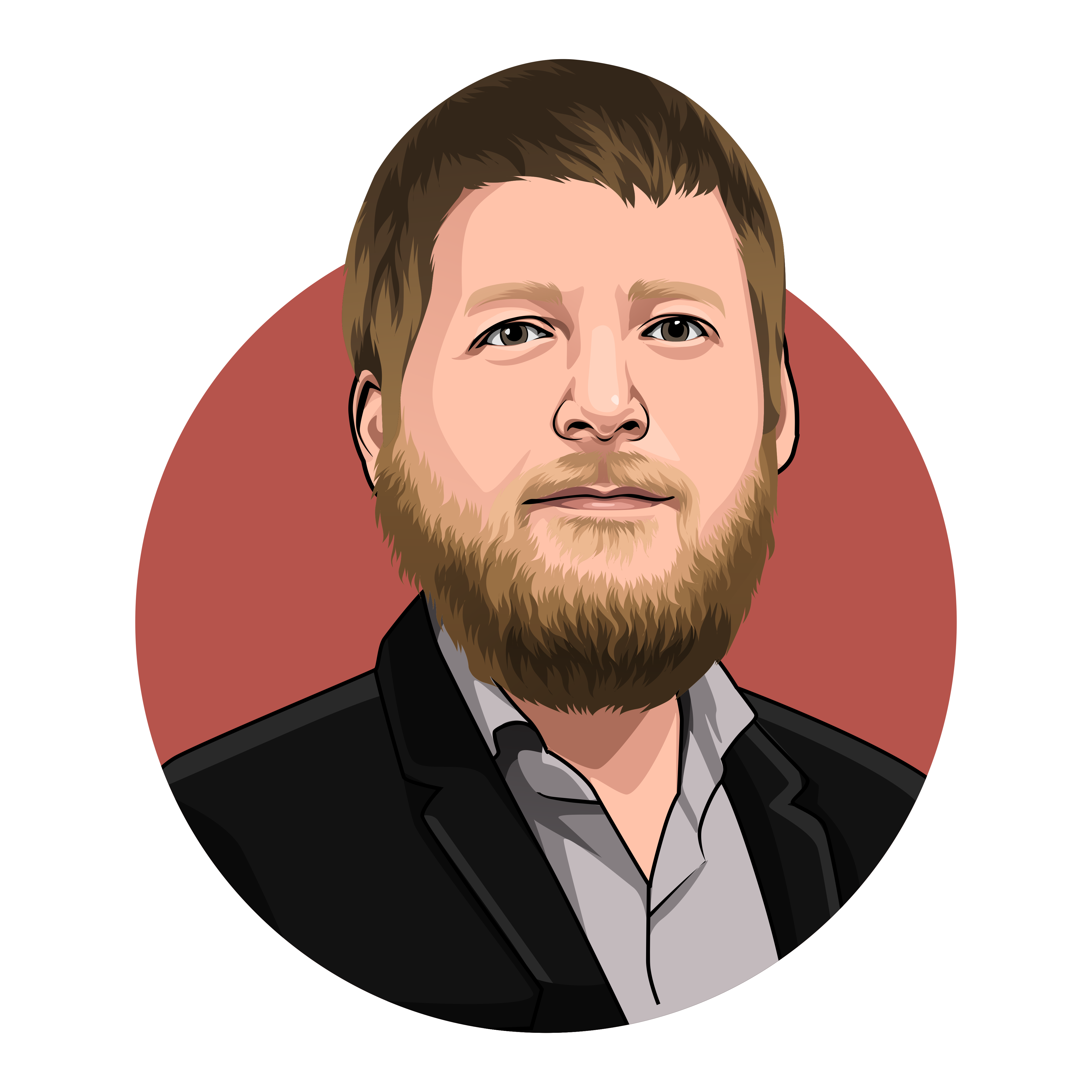