On Thursday, May 20th, police raided the home of Björn Höcke. Höcke is the leader of Alternative for Germany (AfD) in the German federal state Thuringia, where his party is received 23,4 per cent of the votes in the last election, making them the second-largest party in the state. 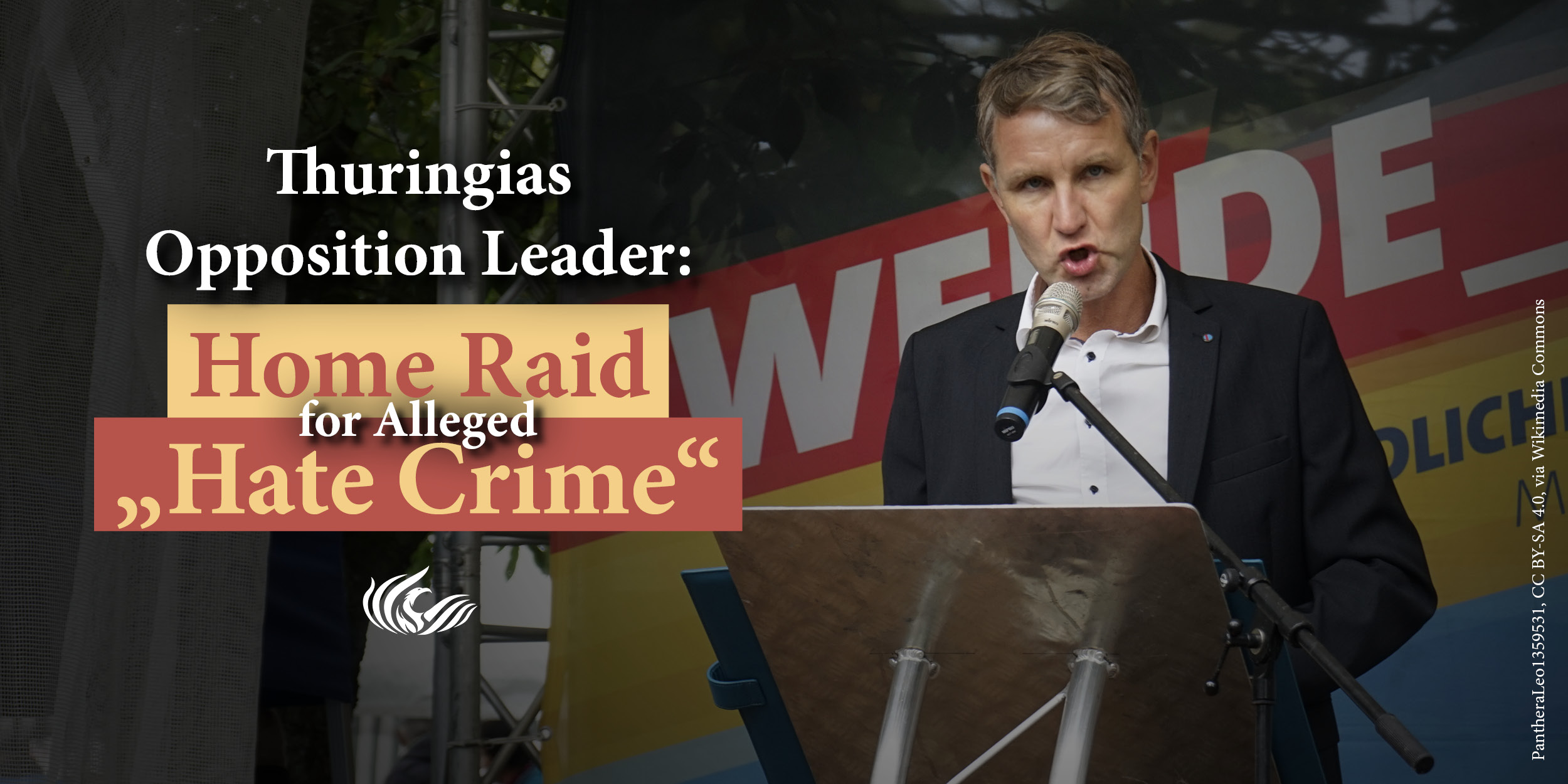 So, what was the reason for raiding a beloved politician's home? Allegedly, he posted a meme on Twitter. Yes, a meme. This time with a picture of Carola Rackete, a young West-German sea captain, with the text "I've imported torture, sexual violence, human trafficking and murder". Höcke posted the meme in the context of an article of three "refugees" being convicted of serious crimes.

Rackete used to work for Greenpeace, but since 2016 she works onboard "Sea-Watch", a Germany-based NGO operating in the Mediterranean Sea to ship illegal migrants to Europe. Among the NGO:s prominent financial supporters, we find the German Evangelical Church and the football club FC St. Pauli from Hamburg.

According to the public prosecutor, this meme might be a hate crime (German: Volksverhetzung), and therefore, Höckes home was raided to "secure evidence".

Can you imagine if this happened in any country the "west" has deemed "undemocratic"? If Hungary, Poland or the worst of them all, Russia, would send police officers to raid the leading opposition party leaders home early in the morning for a tweet that might consist of "wrong-think" according to the government? The "western" press would be in flames, demanding repercussions from the "international community".

But it gets even worse. Höcke is active in helping his party succeed in the upcoming state elections in Saxony-Anhalt, where the AfD also is the second strongest party. According to recent polls, AfD could give the big party CDU (The Christian Democrats) a run for the first spot in the elections that are to be held on June 6th.

According to a post on his Telegram channel, because of the raid and the trauma it has caused to his children, he couldn't participate in the campaigning the last few days. The post also reveals that the state prosecutor approved the raid of his home already on February 5th but was carried out just weeks before the election. Of course, this could be a coincidence, but it's not very likely.

There are many things with the raid of Björn Höckes home that should worry friends of free speech and the development in Thuringia since the former communist party (Die Linke) gained power in 2019 is troublesome, to say the least. The leftists were only the biggest party in a few regions, namely the big urbanized cities, and has little or no popularity in the countryside where most nationalists and conservatives reside.

Since the elections, the attacks on nationalist-owned properties from Antifa have risen to record numbers. Now, the biggest opposition party's leader had his home raided for alleged wrong-think.

When studying the development in Thuringia over the last two years, it's pretty easy to see that only the facade has changed for Die Linke, who used to rule GDR with an iron fist under the name SED (Socialist Unity Party of Germany). They will not let Höcke fight them on a level playing field because they know that they have no chance with arguments, logic, and facts, so they use what they have: repression.