US Capitol stormed – Prominent Voices from the USA

Disunited States of America get a taste of their own medicine

A group of protesters angered by the stolen US presidential election stormed the US Congress yesterday at the Capitol in Washington, D.C. In all, hundreds of thousands of Trump supporters gathered for the "Save America Rally" at a gathering of lawmakers to confirm the Electoral College. During the protest, a crowd stormed the barricades in front of Congress and entered the Capitol, which led to a lockdown and the evacuation of the Library of Congress. The lockdown reached the Capitol! In the course of this, clashes with law enforcement naturally occurred. According to Newsmax TV, at least one person – an unarmed woman - was killed by gunfire, Washington's mayor issued a curfew until 6:00 am. 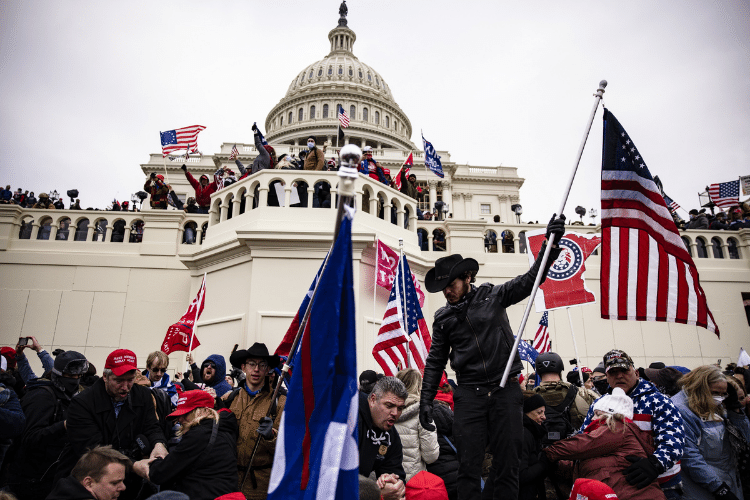 Two things should not be forgotten in this context. One is the civil war-like havoc that raged for months, wreaked by Black Lives Matter and Antifa supporters in numerous cities with barely concealed approval from Trump opponents, as well as comparable organised colored revolution "civil uprisings" in other nations, not infrequently with the argument of contesting elections, which were labelled as democratisation processes - remember Serbia in October 2000.

Obviously, there is a different set of standards depending on whether the Deep State establishment is staging regime change elsewhere or is being called to account for the tampering of this Deep State in its own sphere of power. Of course, violations of the rights of others do not justify transgressions in response, and Joe Biden, Nancy Pelosi & Co. were quick to demand a statement from President Donald Trump, only to remain silent when the same fell victim to rapid deplatforming on social media, such as Twitter.

It was, incidentally, Donald Trump who sent the National Guard to restore order and, in a timely public address, urged protesters entering the Capitol to go home peacefully and not play into the hands of the opposition. Words urging calm, just as one would expect from an "American Hitler"

For a clearer view of what really happened yesterday, Europa Terra Nostra used our extensive contacts to reach out across the Atlantic and bring you some informed statements from interesting personalities in the USA.

Voices from the USA

The founder and head of the Memphis award-winning radio station The Political Cesspool James Edwards explained the events in Washington to Europa Terra Nostra as follows:

“What took place at the U.S. Capitol is easy to understand. Congress had already publicly stated that it wasn’t going to investigate or even *consider* allegations of voter fraud that nearly half the American electorate believe to be legitimate and valid. A citizenry can become unruly when elected representatives refuse to even *pretend* to offer them a redress of grievances. If you can overlook the location, the events of the day were relatively unremarkable when compared to a garden variety "Black Lives Matter" riot. The media and government were astonishingly silent a few months ago when BLM and Antifa burned cities across the country - costing billions of dollars-worth of damage - sacked police stations and took over major sections of cities for weeks. Ultimately, Trump supporters broke a few windows and took some selfies in Nancy Pelosi's chair. Most were already dispersing within two hours. I wouldn’t have advised it, and I'm sure law enforcement will deal with them harshly, but I do understand their frustration. They feel as though they have no voice. Because they don’t.”

"First, and obvious: Violence and destruction of property all summer by the left - still continuing in Portland et al. - was tolerated by politicians and ignored by most of the media, which is now outraged by the breach of the Capitol. Second, with Biden and control of Congress, the left will make victory permanent. Third, much of the right believes the election was "stolen." I don't think they will disappear when they realise they can no longer win elections - all bets are off. However, the left will use violence from the right to rationalise leftist authoritarianism, and with all the media power and political hegemony, they may succeed. But, as Master Yoda said, it's not over until it's over."

All good things come in threes: The American long-time freelance journalist John Morgan, also spoke to Europa Terra Nostra shortly after or almost during the events. The experienced author, who is currently in Hungary, commented as follows:

“As an American contemplating the "mostly peaceful" protest - to borrow the descriptor the mainstream media has been applying to the BLM protests - at the Capitol today from abroad, my feeling is that it's too early to say what this will mean in the long run. It could lead to a crackdown by the authorities on the Right. Maybe it will lead to the birth of a real national populist movement. Maybe it's just a flash in the pan that will ultimately mean nothing. But for the moment, I'm enjoying it. Above all, I'm wondering how the Left is liking a taste of its own medicine. Given that the Left has been bending over backwards to excuse the violence of BLM and antifa in recent years, they have no moral authority whatsoever to condemn what's happening. The Capitol protesters, from what I've seen, were not excessively violent, and of course did not target private property, unlike BLM. It's not exactly the case that America was founded by well-behaved protesters who always complained through the proper channels and never did anything illegal, anyway.

“One protester, a woman, was killed by Capitol security personnel, sadly. Video has emerged of the incident and it's not clear why an officer felt the need to open fire. That surely needs to be looked into. But whatever was the case, the Left and the false right will attempt to turn this woman into the new Heather Heyer. But the True Right should cast her as a martyr. We shouldn't expect any help from the Republicans, however. The only person who really wanted to challenge the election result was Trump. The other Republicans who said that they backed him only did so because they thought that they could then go tell their supporters that they had done their best, but that the Democrats had cheated them, and then use that to earn street cred. None of those people really wants to challenge the establishment -- they are the establishment. But then the protesters took matters into their own hands.

Today the world heard the voice of American populism. It's not Trump, it's the American people. And perhaps, just perhaps, the people are beginning to rule. All I can say is that for the first time in a while, today I actually feel proud to be American.“

Wherever nationalist interests are at stake or history is being made, Europa Terra Nostra has its finger on the pulse, and is here to bring you the very latest news. 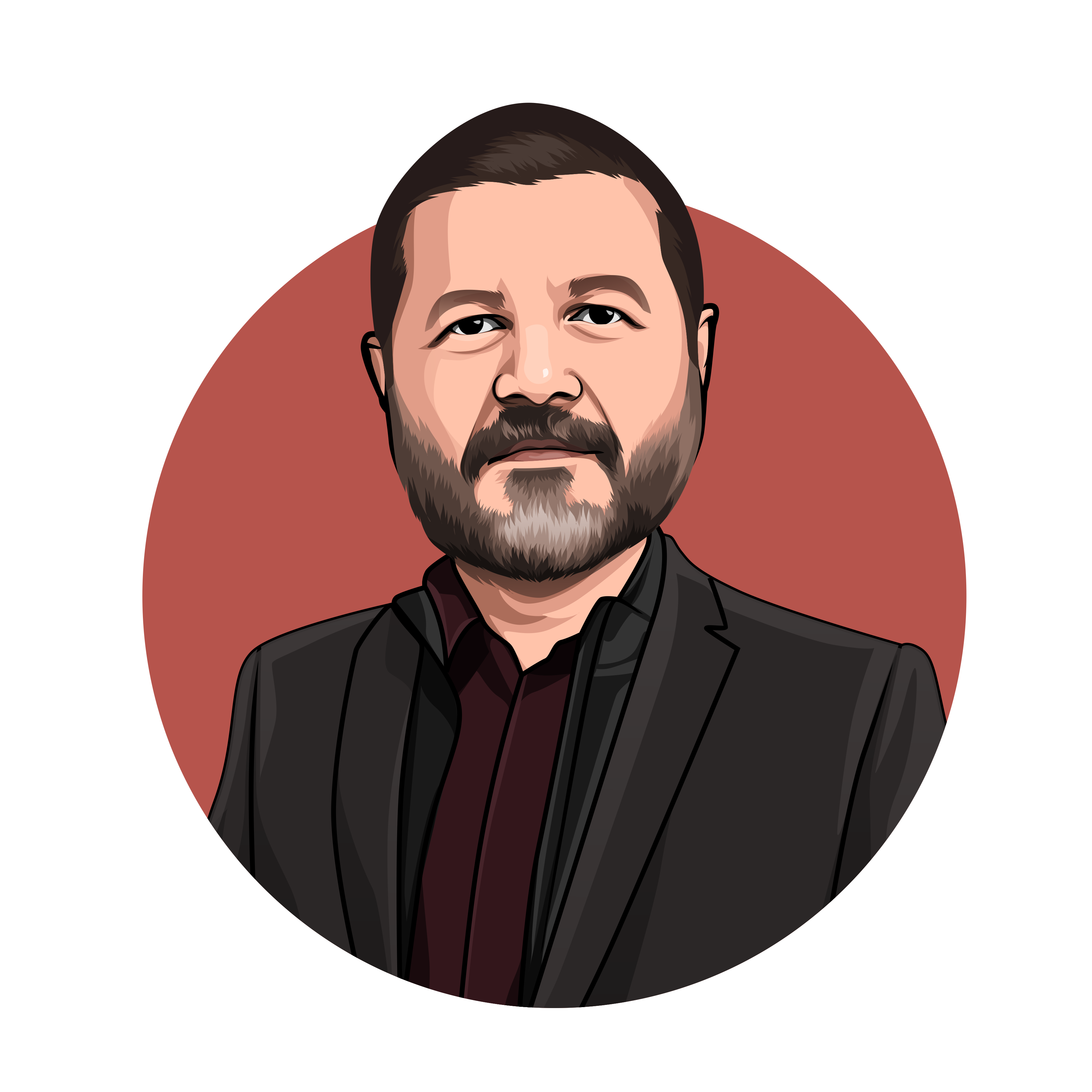 Whether Brussels or Washington, Fight the Deep State – Join Europa Terra Nostra, the Recipe against the Establishment!