Being a part of a nationalist cause is not always just about political studies, campaigning and debating. Just as important is the will to self-improvement, to always seek out new ways of bettering yourself in all ways possible.

Swedens largest nationalist organization, Det fria Sverige, wants to help their members taking this step by regularly organizing physical training sessions. That is not only good for your health, and when training includes martial arts also to improve for your possibility to defend yourself and your loved ones, but it also fosters comradeship and community. 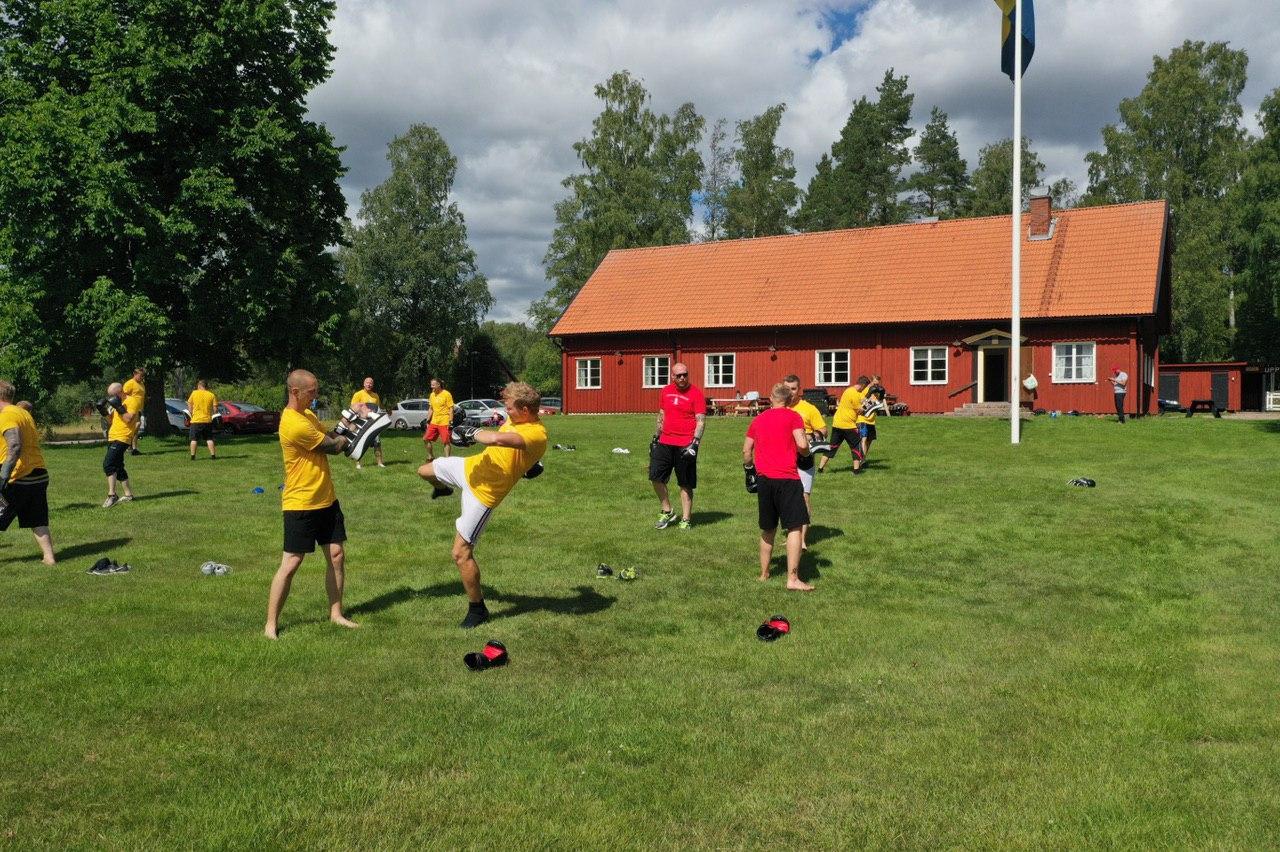 On the 25th of July Det fria Sverige celebrated "The day of Värmland". Värmland is a county in western Sweden, boarding to Norway, with deep historical roots. As a part of this day, some of the local members took part in a three-hour-long training session including running and martial arts, which was also caught on video.

The day later continued with political speeches, dining on regional specialities and an evening of networking between new and old members.