"We Can Create Our Own Communities and Support Each Other"

Once again, Europa Terra Nostra author Sascha Roßmüller held a very interesting interview with yet another European nationalist and activist. This time, Sascha welcomed English nationalist YouTuber Laura Towler. Alongside creating and uploading YouTube videos about a variety of nationalist subject matter – such as identity and demographics – she has also written for various publications, including Counter-Currents. What is more, Laura is also the Deputy Director of British nationalist movement Patriotic Alternative. 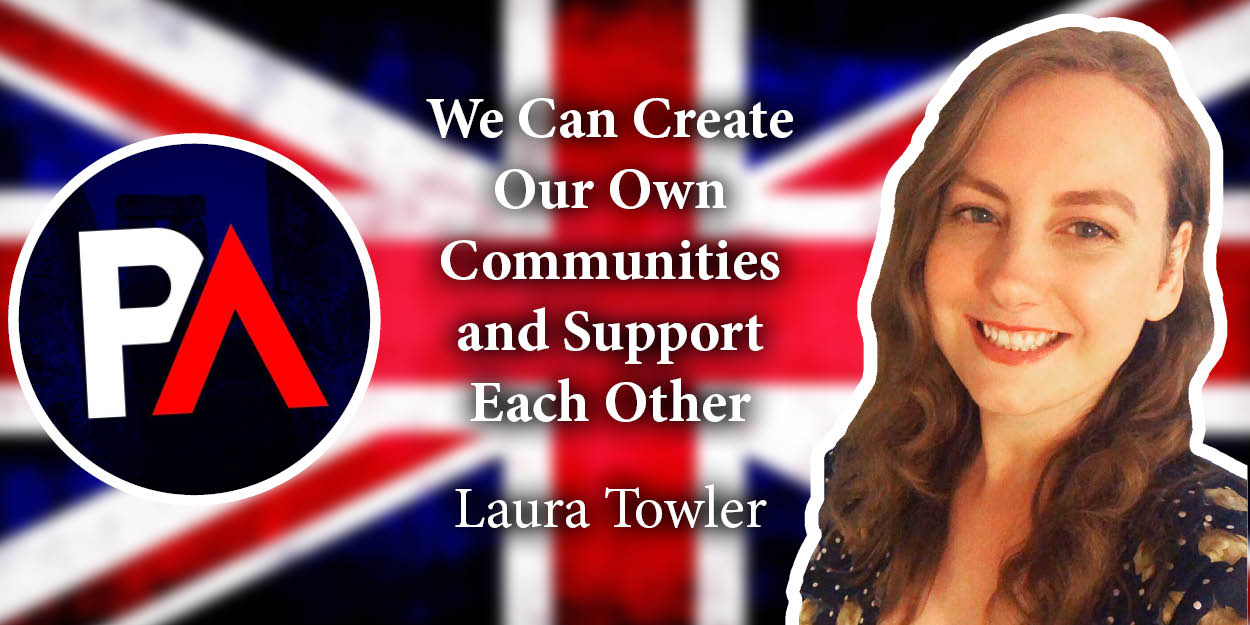 ETN: You are a well-known video blogger with a respectable number of followers, and as well an activist of Patriotic Alternative in the UK. Can you please sketch in a few sentences what urged you to become engaged in politics, and how this started?

Laura Towler: It was never really a conscious decision for me to get involved in politics. I started by writing the odd article for Defend Europa. Then I was promoted to Editor, then I started being invited on YouTube streams, then I launched my own YouTube channel. Fast forward a few years and I’m working with Mark Collett at Patriotic Alternative. It just sort of happened. The thing that drives me to talk about the things I talk about is quite simply a love for England and the English. I hate the way my country is changing, and it’s not an option for me to stay silent and let my home be destroyed. We have too much to lose.

ETN: You are not only a freelance broadcaster, given your party political activity. So, what´s the story of Patriotic Alternative, its development, and which route do you march the next years?

Laura Towler: Patriotic Alternative is a community-building and activism group in the United Kingdom. We have nationwide events, but we also have smaller regional groups across the country, where we have regular activities. We aim to build a community from the ground up so that we can collectivise against the threats our nation faces, and also to raise awareness through activism and online content of these threats too. In the future, we hope to be even a real political party.

ETN: The political system in the United Kingdom is designed to a clear disadvantage of smaller parties. Why, one can say that it´s a system that lacks a democratic practical feasibility for change. What perspective does Patriotic Alternative has under those circumstances, or do you just want to awake awareness for a necessity of a fundamental reform?

Laura Towler: The current system is broken in many ways. Firstly, because of the first-past-the-post system, it’s very complicated for a smaller party to gain representation in Parliament, even if they get millions of votes. Even if Patriotic Alternative did get seats in the House of Commons – or even if we won a General Election – it’s still very difficult to pass anything through Parliament, because of the opposition. That’s why it’s known as the “Talking Shop at Westminster”. That is why we have decided to focus on community-building. We can’t promise that we can ever win an election and fix everything, but we can promise that we can create our own communities and support each other.

ETN: How do you judge the Brexit process regarding the way it´s managed by Downing Street, as well as the behaviour of the European Commission?

Laura Towler: Well, the behaviour of the European Commission reminded us exactly why we wanted to get out of the EU in the first place. The way they’ve treated us and patronised us has been atrocious. The British government have been useless too. I despise the EU. I really want us to get out of it, mainly because they are now talking about creating a Euro-African economic area. Hopefully our ties can be cut, and then we can work at fixing our own problems, and the vast amount of migrants our government is still letting in every year.

ETN: Do you think a post-EU Great Britain – provided a government according to this – could contribute to form a new confederation of Europe, following Brussels’ failed construction?

Laura Towler: I would absolutely love some form of collaboration between European nations. I actually think it’s necessary. The EU is not it though. The EU needs metaphorically burning to the ground, and we need something new in its place – something which values the nation-state and the European people.

ETN: Last question – how far reaches your activities, especially media projects beyond the United Kingdom, and how important is networking for you with other organisations, as well as nationalists of other countries? Which criteria does count for you as a basis to cultivate contacts?

Laura Towler: Mark Collett – the leader of Patriotic Alternative – and I have some excellent relationships with nationalists in American, Canada, Australia, New Zealand and the rest of Europe. I’ve been involved in this for only a few years, but Mark has been in this business for two decades. We regularly work together online, but it would be great in the future to collaborate in the real world too. At the moment, a good way to do this is to attend conferences, such as Scandza Forum, the Awakening and Erkenbrand, which are all really great. Of course, people from other nations are welcome to attend our Patriotic Alternative conferences, too. As far as Eastern Europe and Russia are concerned, we do not yet have strong connections, but this can – or should – change, because without question we are very interested in friendly relations with nationalist representatives of these countries.

ETN:  Laura, many thanks for this interesting conversation!