Over a hundred Finnish nationalists gathered in the city of Turku, Finland on the 22nd August for the fourth consecutive time to remember the victims of Finland’s first ever Islamist terror attack that left two woman dead and 8 others wounded. The Moroccan terrorist came to Finland as an asylum seeker and had already spent some time in Finland prior to the attack. He was enrolled in a Finnish elementary school in order to learn the Finnish language, and despite constant reports from even other asylum seekers about his abhorrent behavior, the Finnish authorities did not act.

On the 18th August 2017, the Moroccan terrorist, named Abderrahman Bouanane, launched a stabbing spree in the Turku centrum. According to his own statements, he sought specifically Finns for his victims, considering the Finnish people to be “infidels”. However, not all of the victims were Finns. Some of the victims were other Europeans, and one of the victims of the frenzy was an Arab woman. 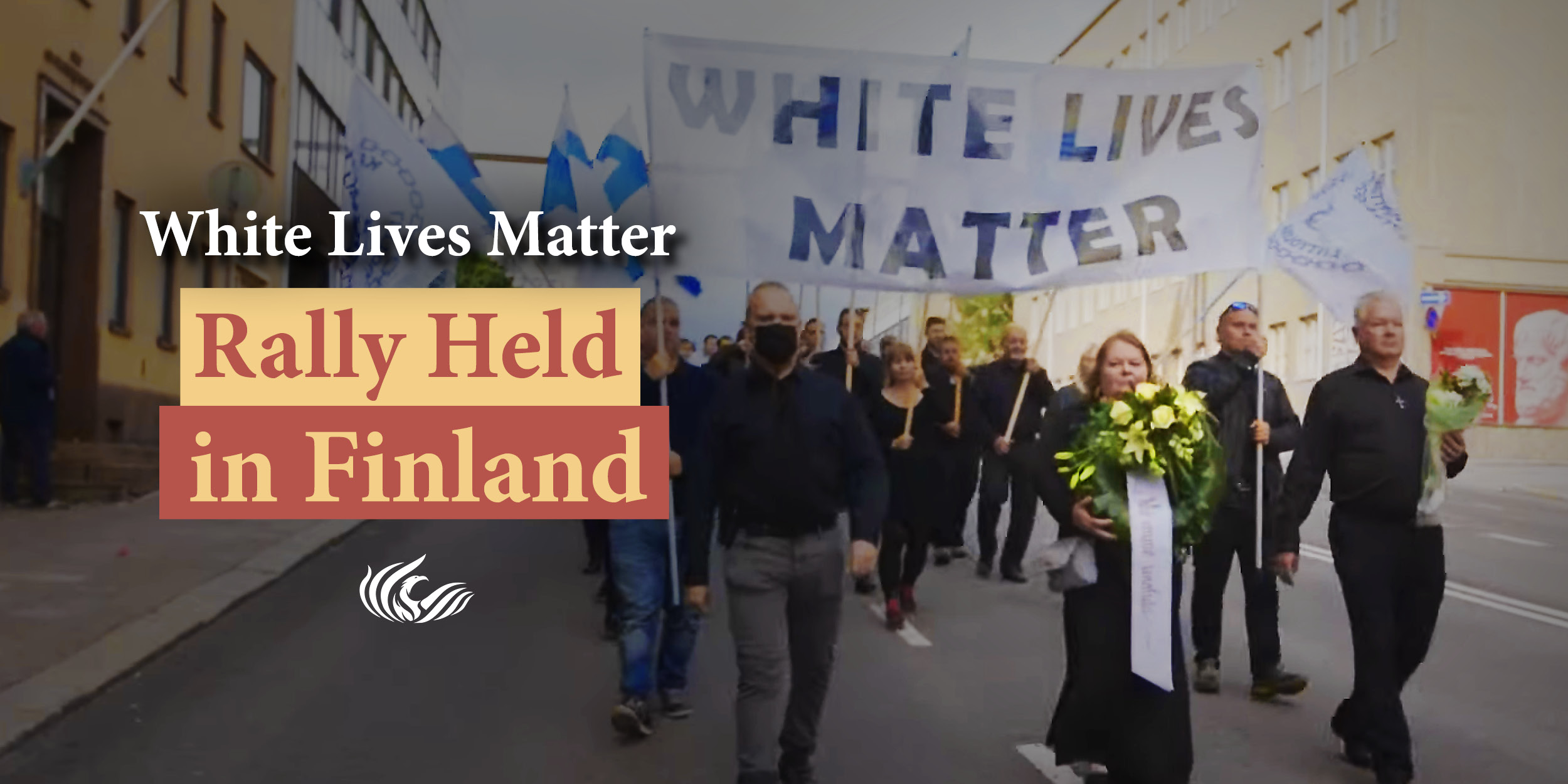 As the memorial event’s guest speaker, Henri Hautamäki, stated, this attack was not just a mere expression of Islamic faith against the so-called non-believers. The attack was deliberately aimed towards members of the White race and anyone who somehow represented said racial group. Hautamäki also expressed his concerns over the current Afghan crisis, as the imminent and new refugee crisis would inevitably attract new “Bouananes” to Finland and to other Western countries. Mr. Hautamäki is currently Chairman of the Finnish nationalist organization Suomen Sisu.

The official tagline of the event, White Lives Matter, was adopted to express solidarity with all White victims of terrorism and anti-White racist attacks, who have died at the hands of non-White invaders, regardless of their home nation and ethnicity. This rationale was expressed by the event’s main organizer, Terhi Kiemunki, leader of the Kansallismielisten Liittouma (Nationalist Coalition) and party secretary of the Blue-and-Black Movement, in her foreword. She stated that we should not separate victims of Jihadi terror attacks from other incidents, where White people have been killed or gravely wounded by non-Whites, as all of them were victims of the ongoing demographic changes which are currently taking place in the Western world. It does not matter if some Whites were killed for their non-Muslim faith and others simply because of their skin color – all of them were our kin, and all those tragic crimes would have very likely been prevented without the presence of the growing non-White population in our respective homelands.

The event’s final musical performer was Korkki from the well-known Finnish Rock Against Communism band Sniper. Korkki played eight songs acoustically, which contained evident calls for action to all Finnish and wider European nationalists alike, as our very race’s own passivity will eventually lead to its destruction. One of his songs, Sodanjulistus (Declaration of War), was also played for the very first time publicly for such a large audience, and made for a stark contrast to the otherwise sorrowful atmosphere. 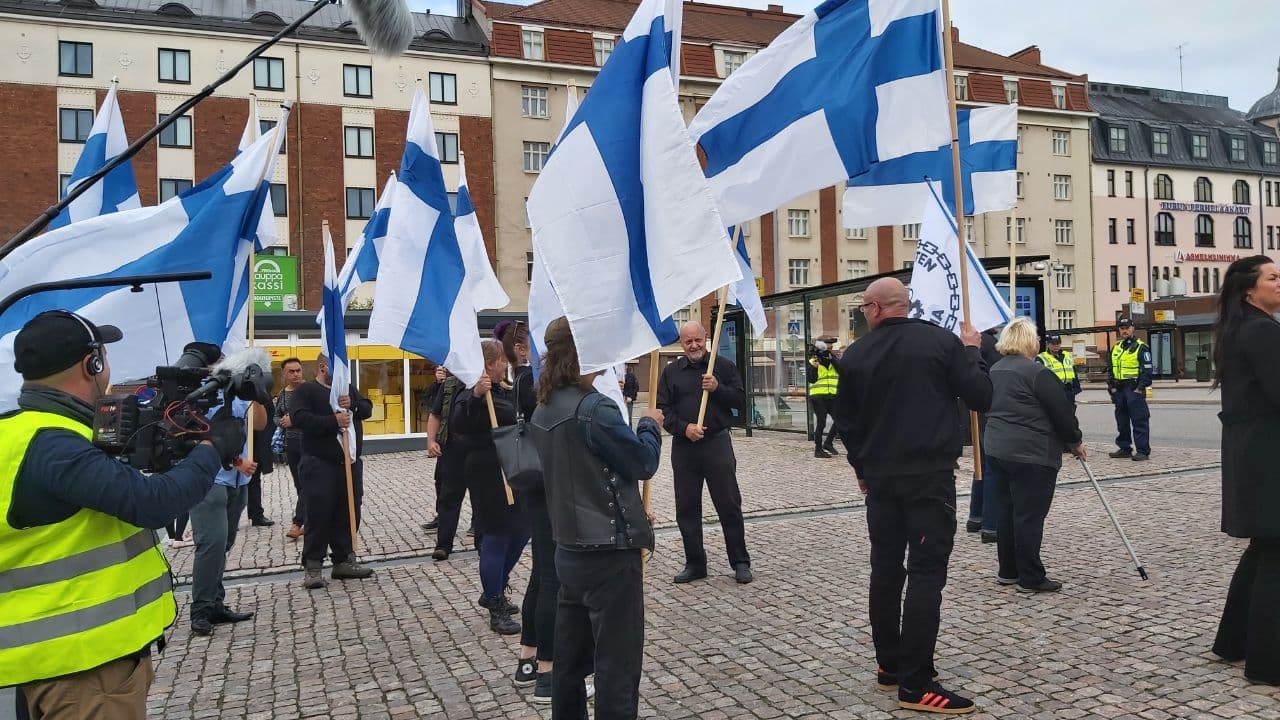 Members and representatives from the Finnish branch of Antifa attempted to intervene and cause disruption, but without success. After some time shouting and yelling at the memorial congregation from the other side of the river, Finnish nationalist press team Partisaani took the initiative and stood against the disruptors. 20 counter-protestors gathered around the press team of only three people, but despite their loud cries, the Antifa members froze before any attempted attack was made. 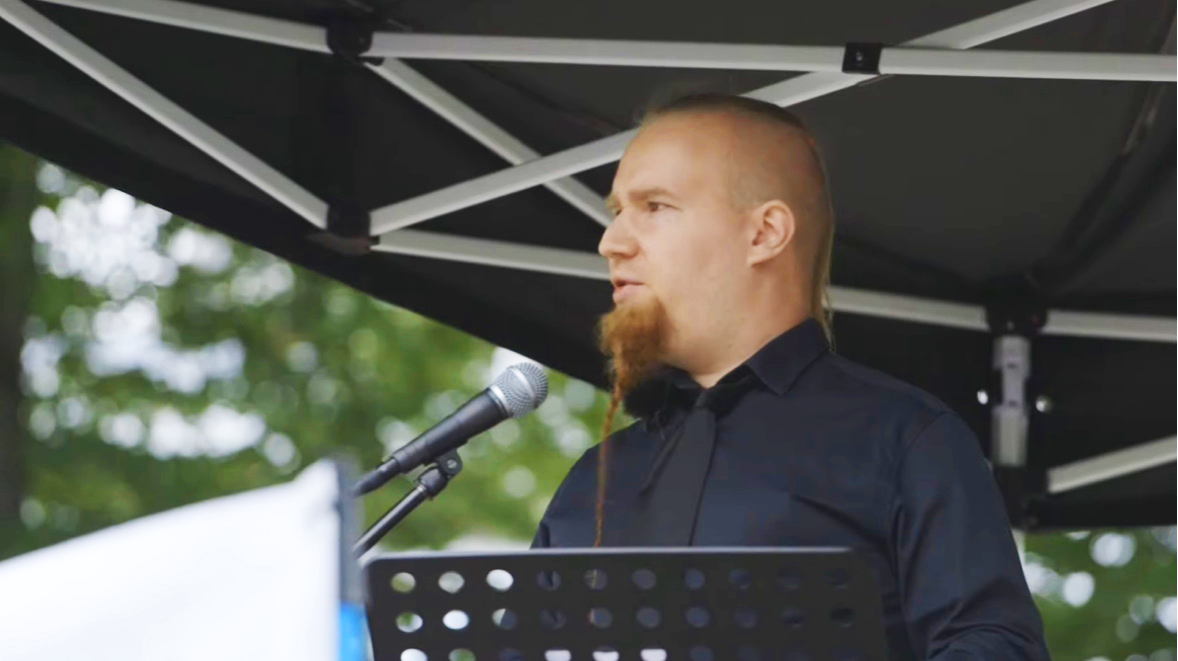 One journalist even said, “Let’s dance” and even tried to interview the Antifa bloc, but without much success. Riot police finally intervened in the situation, after couple of minutes, and forced to the counter-protestors to disperse from the scene. A tiny group of only three nationalists had effectively deterred 20 aggressive members of Antifa without any physical contact, thus ensuring the much-appreciated peace for the rest of the memorial ceremony.

The police estimated that both events, the White Lives Matter rally and Antifa’s Turku Without Nazis rally, gathered fewer attendees than in the previous years.