In September 2020, a Swiss parents' magazine published a list of professions that could potentially become important in the future – or are they already deemed important? In the magazine you will find, for example, the Fact Checker, the Pandemic Advisor, the Digital Currency Advisor or the E-Sports Manager. Hospitality and carer professions, such as the Listener – who is supposed to accompany lonely people – are also included. In fact, all of these future professions only reflect the vision of the technocratic globalist elite for the future of humanity, which they have revealed in their Agenda 2030 and books such The Fourth Industrial Revolution and The Great Reset, and which they are already implementing step-by-step under the pretext of the COVID-19 pandemic restrictions staged for their purposes. 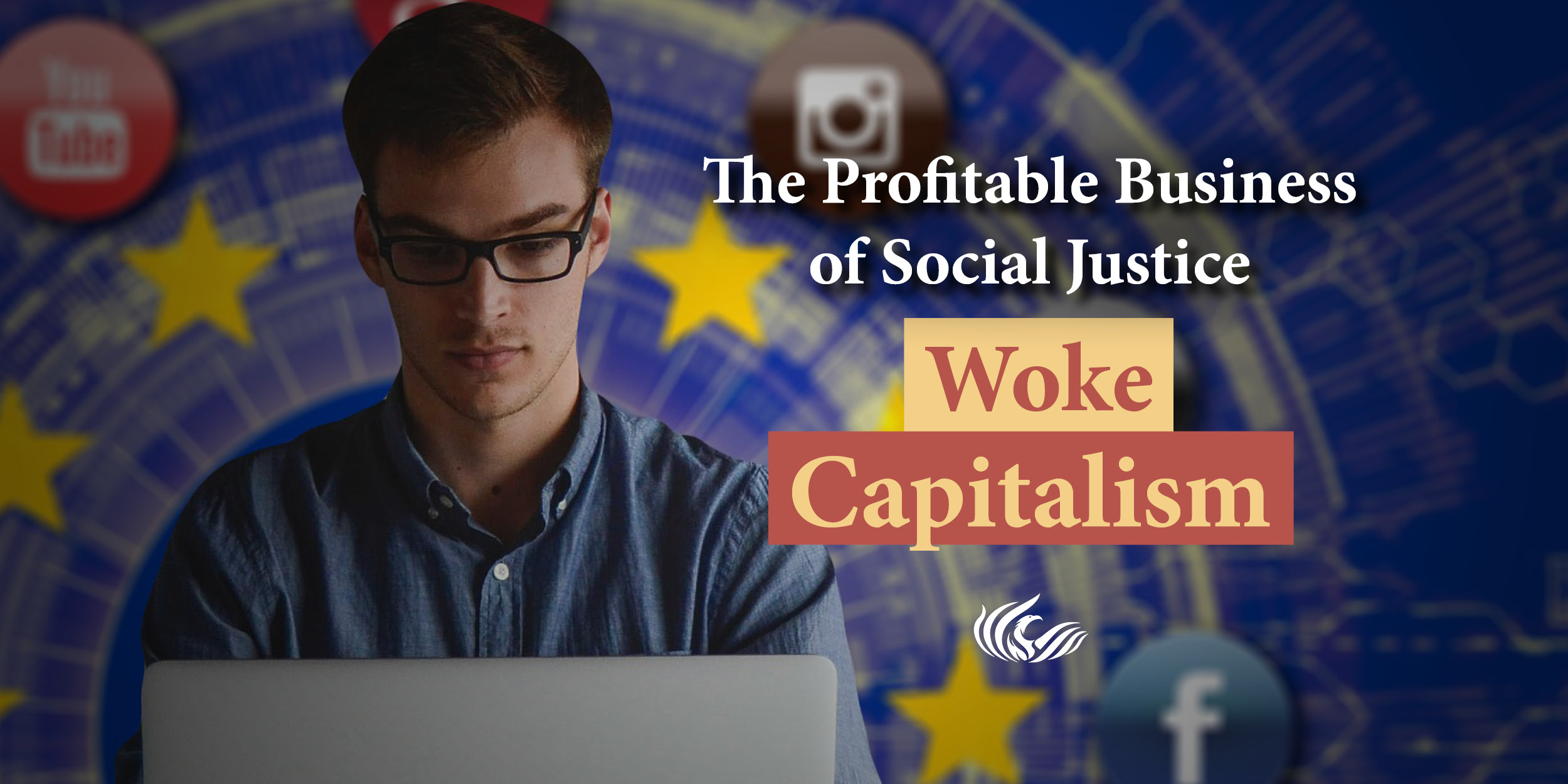 However, one occupational field that is undoubtedly no less promising for the future is missing from the above list, namely that of the so-called Social Justice Warriors. The fact that fighting for social justice can also secure one's livelihood has been evident for some years now in the steadily-increasing number of professorships at almost all major universities in the Western world, which use state funding to research various fields of social justice and indoctrinate a steadily-growing number of future social justice warriors and other left-wing/liberal activists with their Cultural Marxist propaganda. An example of this is the so-called Gender Justice, in whose name not only the European languages up to classical literature are being raped and mutilated today – metaphorically-speaking – but which, under the label of science, increasingly designs constructs and brings to light tendencies that threaten to negatively impair young people into becoming mentally and physically healthy men or women. One only has to think of the statements of the transgender paediatrician Rachel Levine, who was recently appointed to the Biden cabinet as Deputy Secretary of Health of the USA, that adolescent children should be given puberty blockers, cross-gender hormones and/or amputation operations on breasts and genitals in order to change their gender, even without the consent of their parents. Even such inhuman madness is sold as social justice today, invoking gender studies and other supposed “intellectual” topics within kindergartens, schools, universities and professional companies.

Sold is indeed the appropriate word here, because, in the meantime, the struggle for social justice has developed into a profitable business model that increasingly seems to attract resourceful entrepreneurs, much like a carcass attracts blowflies.

One of the first entrepreneurs to recognise the growth and profit potential of the social justice business is American sociologist, consultant and anti-racism activist Robin DiAngelo. After earning her PhD in Multicultural Education in 2004, DiAngelo conducted research in the fields of Whiteness Studies and Critical Discourse Analysis, and published numerous papers and books, including Is Everybody Really Equal?: An Introduction to Key Concepts in Critical Social Justice Education. However, her breakthrough as a star of the relevant left-liberal-progressive academic scene came in 2018 with her book White Fragility: Why It's So Hard for White People to Talk About Racism. The book spent 85 weeks on the New York Times bestseller list and was translated into five languages. DiAngelo gathered the insights that underpin her book and, ultimately, the concept of White fragility that she developed over the years in various diversity workshops that she had led in a number of companies.

The American social psychologist and Professor of Ethics at New York University's Stern School of Business, Jonathan Haidt – also a best-selling author and one of the 50 most influential and cited researchers in his field – described DiAngelo's work as a "paranoid worldview that separates people from each other and leaves them alienated, afraid and intellectually helpless". According to Haidt, the essence of White fragility and its reductive nature is an anti-intellectual and anti-free speech argument that replaces dialectics with ideology – “If you say you don't suffer from it, it proves you suffer from it." Despite this scathing criticism, DiAngelo is now one of the best-known and most booked consultants in her field.

DiAngelo also received criticism for her business practices. For example, the author received a huge sum of $12,750 for a lecture at the University of Wisconsin-Madison in autumn 2020, while the Black guest speaker, Austin Channing Brown, only received $7,500 for his contribution. So much for DiAngelo’s idea of racial justice, then. One should probably also speak of self-righteousness when, according to one of her agencies, the racial justice activist took $30,000 for a 60-to-90-minute keynote, $35,000 for a two-hour workshop and $40,000 for a half-day event, according to The Washington Free Beacon.

DiAngelo recently came into the public eye again not because of her accumulated wealth, but because of an internal training measure of her’s of employees of the American beverage producer Coca-Cola. Part of the training material became public and caused a storm of protest and numerous calls for boycotts against the company. The training, entitled Confronting Racism, was peppered with anti-White stereotypes and propaganda, and was intended to encourage trainees to “be less white" in the future. Even though DiAngelo had since denied on her website that the material presented was authorised by her, it was clearly taken from her repertoire, at least in part.

Regardless of the overt and blatant racism against Whites celebrated in these training sessions, the example of Robin DiAngelo reveals, upon closer examination, the extent of the actual hypocrisy and insincerity that lies behind the social justice facade of many of its activists and organisations.

The Big Pie & What George Soros Has to Do with It

As early as 2003, the market in the field of Diversity & Inclusion was estimated at around $8 billion. Now that the topic is receiving increased attention in the slipstream of the Black Lives Matter movement, the current and future market potential is foreboding. No wonder, then, that this field of activity is producing an ever-growing number of entrepreneurs, foundations and other so-called non-profit organisations, all wanting a piece of the big pie.

In addition to the Southern Poverty Law Centre (SPLC), an American organisation dedicated to fighting perceived oppression, discrimination and violence against people of colour – which reportedly held assets of around $471 million dollars in 2018 – we should also mention the European Network Against Racism (ENAR). The organisation, which was founded in 1998 and is dedicated to lobbying for racial equality at the European level, is currently recruiting for a director. Since the annual salaries of the directors of the aforementioned Southern Poverty Law Centre are in the lower six-figure range, one may assume that the director's position at ENAR is also not only endowed with peanuts. This is especially likely as the organisation clearly has financially strong backers, such as the Rights, Equality & Citizenship Programme of the European Union and the Open Society Foundations of George Soros.

That the latter also has a hand in this is both significant and revealing. The whole spook is in no way, as claimed, about social justice or any of the other promises preached like a prayer mill, but rather about the greatest possible individual personal enrichment in the slipstream of an anti-White, globalist agenda.